Some of the world's most beautiful and important cars are on show in the heart of London - get tickets here with our special 2-for-1 offer. 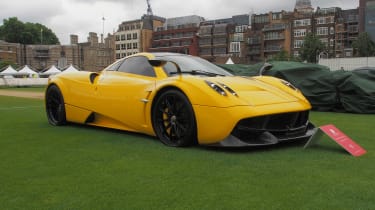 London’s inaugural City Concours car show has officially opened its doors and we are along for the ride, taking in some of the most beautiful and important sports and supercars ever made.

Held on the lawns of the Honourable Royal Artillery Company, the City Concours, in association with evo’s sister title Octane Magazine, will be open today and tomorrow. Visitors will be able to see all the incredible machines up close and personal.

The London Concours has its own unique spin on the classic and exotic car show, with a 'Modern Bespoke' class being introduced for the first time at a Concours event. The class will feature hand-built examples of icons like the Porsche 911 re-imaged by Singer and the Eagle E-Type low drag Coupe, professionally built resto-mods that have been created to an exquisite standard with exceptional attention to detail. 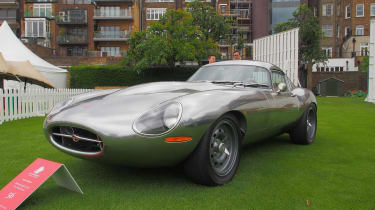 Other highlights of the show include the amazing Jaguar XKSS, a Le Mans racing fugitive adapted for the road and driven by Hollywood’s most iconic stars like Steve McQueen, and a wonderful black Mercedes-Benz 300SL Gullwing with a contrasting cream interior.

Those interested in more contemporary machines will not be disappointed, as all three of the holy trinity are correct and present, each showing a fascinating insight into how each of the different manufacturers approached different design and technological challenges. The LaFerrari, Porsche 918 and McLaren P1 may not be new to the market, but they still operate at an insane level of precision and craftsmanship. 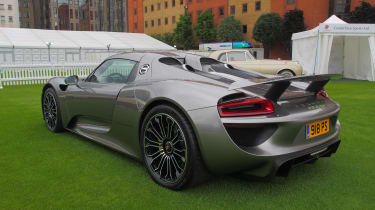 Andrew Evans, City Concours Director, said: “We’ve got some of the world’s most knowledgeable experts sourcing incredible cars for the City Concours, and I think that really shows here. The D-Type and Disco Volante are a perfect representation of the event; rare, beautiful, and each with a story behind them. We’ll be confirming more cars and partners over the next few weeks, but it’s clear already that this will be one of the most incredible gatherings of cars and luxury brands that the City of London has ever seen.”

If you want to experience these incredible machines for yourself, we are giving our readers an exclusive 2-for-1 offer on tickets to the show, click on the link below for more information. 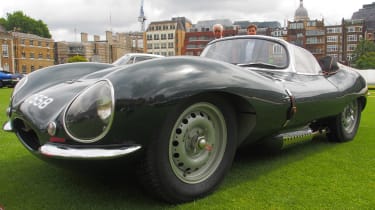 Widely heralded as the world's first supercar, the XKSS was the true embodiment of 'racing car for the road'. Famously driven by James Dean, the XKSS was essentially one of Jaguar's Le Mans-winning D-Types with a windscreen and a bit of extra practicality. At the time – during the '50s – there was almost nothing this fast or focused on the road. 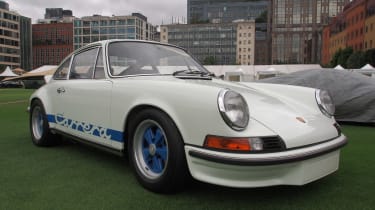 It's no secret that classic Porsche values have skyrocketed over the last 10 years, but there's one particular model that's outgrown the rest. The Porsche 911 2.7 RS, with its ducktail spoiler, larger engine and lightweight approach is perhaps the purest 911 experience you can have. Produced in very limited numbers, these 2.7 RS variants often command price tags of over £500,000. 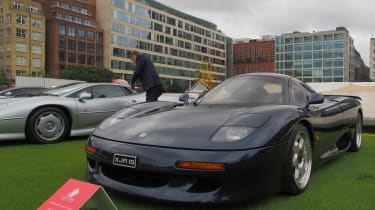 The Jaguar XJR-15 is one of the most focused road cars ever produced, having been directly derived from the Jaguar XJR-9 that won at Le Mans in 1988. The carbon fibre tub and high-tech racing suspension both came straight from the Le Mans racer, as did the 6.0-litre V12 engine producing 450hp. That's not too much by today's standards, but with a kerbweight of just 1050kg you could expect 0-60mph in under four seconds and a top speed of 215mph. 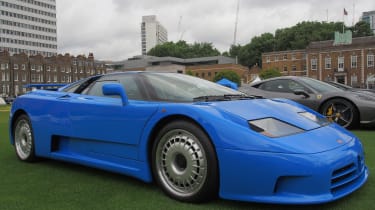 You've no doubt heard of the Chiron and the Veyron, but before them both came the EB110. Only 139 were ever built, making it quite the rarity, and it’s powered by a quad-turbocharged 3.5-litre V12 engine. It's capable of the kind of speeds familiar to modern Bugatti fans, too, with a top speed of 217mph and 0-62mph in just 3.2 seconds. 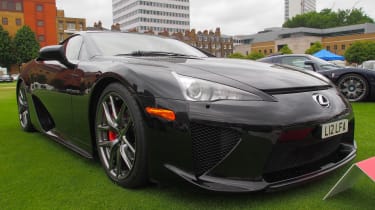 Not a name you normally associate with the world of high-end supercars, Lexus began production of the LFA in late 2010. Only 500 were ever built, and this technological Japanese masterpiece was powered by a 4.8-litre naturally-aspirated V10 engine. It was built around a carbon fibre reinforced polymer monocoque and a carbon fibre body, weighing in at just 1480kg. 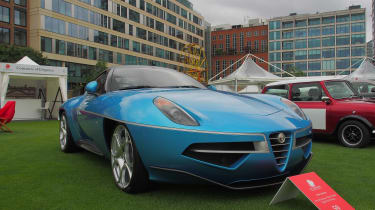 One of seven to be produced, this hand-crafted car comes from coachbuilders, Touring Superleggera, and is based on the Alfa Romeo 8C Spider. The design is inspired by the Alfa Romeo C52 Disco Volante of the ‘50s, but this modern day interpretation has a little more power; underneath the bonnet is a 4.7-litre V8. 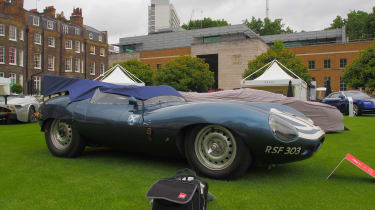 A definite legend of Le Mans, Jaguar D-Type ‘RSF 303’ is one of the most original and successful D-Types in existence. This car finished 2nd in Jaguar’s legendary 1-2-3-4-6 finish at the Le Mans 24 Hours race in 1957, and was widely campaigned by the famous Scottish racing team ‘Ecurie Ecosse’, whose colours it wears to this day. 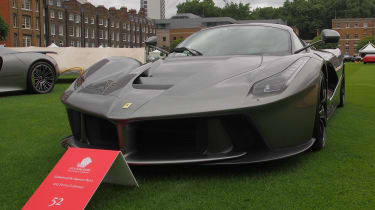 The Ferrari LaFerrari, McLaren P1 and Porsche 918 Spyder together sparked the latest argument on which is the best supercar in the world. At City Concours visitors will have the chance to decide for themselves as all three gather on the Honourable Artillery Company lawns.