Spotted in Germany undergoing its final stages of testing, will the new Cayenne set the standard for performance SUVs? 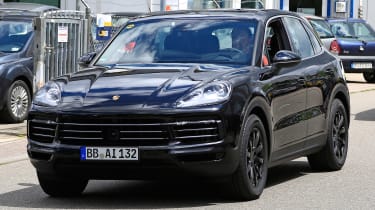 The all-new 2018 Porsche Cayenne has been spied completing final testing before its reveal later this year. Building on the success of its smaller Macan stablemate, the Cayenne may no longer be Porsche’s highest selling model, but it still represents 30 per cent of the German marque's output and operates as the flagship SUV.

As a result, Porsche was not going to take any risks with the new model, drawing inspiration from the latest Panamera in the design, whilst relying heavily on the saloon for its drivetrains as well. The new Cayenne will be based on the Volkswagen group’s MLB platform that already underpins the Audi Q7 and Bentley Bentayga, however the Cayenne is expected to use its own set of Panamera-derived engines.

> Click here for our review of the new Porsche Panamera Turbo 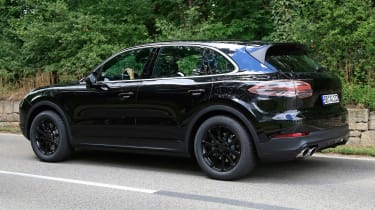 As such, the Cayenne will mostly be a six-cylinder affair, mirroring the Panamera’s 2.9 and 3-litre V6 turbocharged petrol and diesel engines in various states of tune. The Turbo will adopt the 4-litre V8 bi-turbo that duties in the Panamera Turbo, while E-hybrid and a possible Turbo S E-hybrid will also make an appearance.

Closer inspection of the spy shots show a light hand on the styling front, with familiar bodywork alongside modern Porsche design elements like full-width LED lights at the rear and more angular headlights. The interior will attract bigger changes; such as the adoption of the Panamera’s vast infotainment screen and digital dial pack, as well as the replacement of the current car’s swathes of console-mounted buttons for haptic feedback glass controls.

> Click here for our review of the Audi SQ7 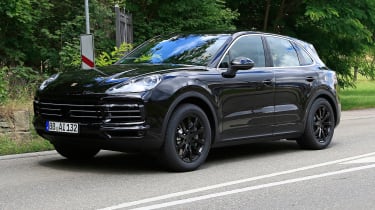 But the Porsche Cayenne has always held a unique appeal in the way it drives, consistently showing all its rivals how a luxury SUV could handle. The change to the new, lighter MLB platform should yield a reduction in weight, but also introduces the possibility of making use of the VW group’s latest technical innovations. Both the Audi SQ7 and Bentley Bentayga utilise a trick anti-roll system underpinned by a 48V electrical system, which could be integrated into high specification models.

Either way, the new Cayenne will act as one of Porsche’s technological flagships, leading us to speculate that it will be packed with tech regardless of what form it will take. We suspect that the Cayenne will make its debut at this year’s Frankfurt motor show, before reaching customers in 2018.