Porsche specialist RPM Technik has built a faster, leaner, 996 Carrera, the most extreme model yet in its CSR series 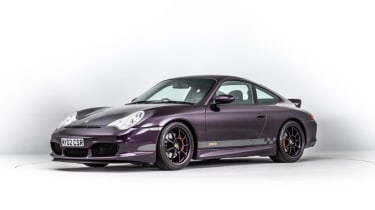 Hertfordshire-based Porsche specialists RPM Technik has built 28 of its 996- and 997-based ‘CSR’ conversions over recent years, but this, the 996 CSR Evo, is its most extreme yet.

Based on the second generation 996 Carrera, complete with its larger 3.6-litre engine, the ‘Evo’ takes the themes of reducing weight, increasing power, and a track focus, a step further.

The M96 engine is treated to the firm’s Preservation Pack, which aims to safeguard the flat six against the stresses of track work; these engines having nothing like the reputation for toughness enjoyed by the Mezger engine in GT3s of similar vintage. To that end there’s a deeper sump, a third radiator and also a modification for the notorious IMS bearing. However, for the first time there’s also a stage 1 power upgrade for the engine, including more aggressive camshafts, gas flowed and ported cylinder heads and an upgraded induction kit. 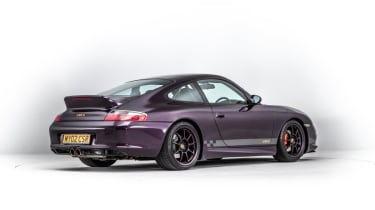 Coupled with an entirely new exhaust that exits in the middle of the car, the engine is supposedly good for around 350bhp - similar to a gen1 996 GT3, if not the gen2 car. There is also a lightweight flywheel and clutch assembly, plus for the first time on a CSR model, a mechanical limited slip differential as opposed to the torque-biasing type the firm usually fits.

There’s a mix of the retro and GT3 to the exterior of the CSR Evo, with gen2 GT3 side skirts, but a modified GT3 front bumper with extra vents and a carbonfibre engine lid with ducktail spoiler (replacing the electrically-powered standard Carrera rear wing). The bonnet is also made from carbon fibre, while inside there’s a pair of recaro bucket seats, a half cage, a non-airbag deep dish steering wheel, and CSR harness bar with harnesses. The lower part of the dashboard has been deleted (like a GT3), while the modified centre console has lost its ashtray and switchgear. 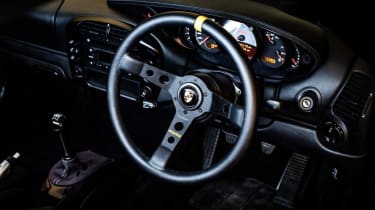 All in, there’s a 45kg weight saving over a regular Carrera 2 with a manual gearbox, taking the overall weight to something like 1,300kg, meaning the CSR Evo should feel very spritely indeed. There’s also the small matter of £55,000 to find, on top of a donor car, which for a Carrera of this period would be £15,000-£20,000. Now that’s 996 GT3 money, but RPM hope that the bespoke nature of the CSR, its completely renewed chassis (something worth considering against a higher mileage GT3) and its different approach to being entirely at home on a circuit (while still useable on the road) make that a viable comparison. We’ll drive it soon and let you know whether we think it is.