First and last Porsche 930 ‘Flatnose’ going under the hammer 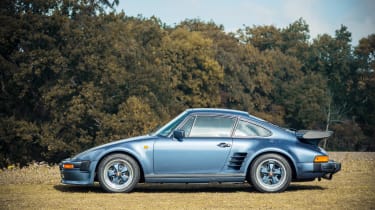 Porsche has produced many iconic models throughout its history, but the 930 Turbo ‘flatnose’ or ‘Flachbau’ is one of the more unusual.

As the name – and pictures – suggest, the ‘flatnose’ models were named for their tradition-breaking streamlined nose, which swapped the usual upright, round headlamps for pop-up lights and a shovel-like profile.

Two such examples will cross the auction block on October 25 at the Silverstone Auctions Porsche Sale. Each is historically significant – being the very first car delivered to the UK, and the very last flatnose produced, spanning a four-year period.

The first car, produced and registered in 1985, was Porsche GB’s press car, and wore the famous 911 HUL number plate – since worn by a string of other 911 Turbo models. 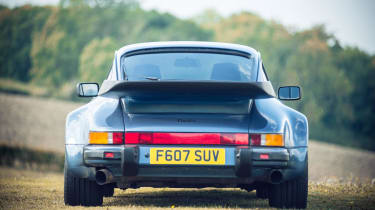 The car pictured here is a 1989 example, and the last factory 930 Turbo SE flatnose produced. It’s significantly upgraded from standard, with a 450bhp tuning package from RuF Automobile, a five-speed ‘G50’ gearbox, and a limited-slip differential.

Since just 50 models were produced for the UK market (out of an estimated 948 worldwide), both present a rare opportunity to snap up one of Porsche’s most iconic 1980s shapes. Both will be offered at the inaugural Porsche Sale later this month, in conjunction with the Porsche Club GB.