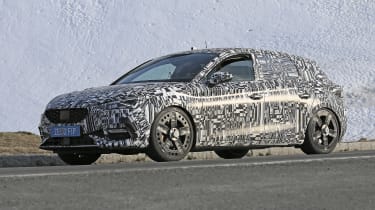 Cupra has been spotted putting its next hot Leon through its paces ahead of a mid-2019 reveal, following sightings of the standard SEAT Leon testing earlier this year.

As is to be expected, many of the same design elements from the standard car can be observed through the camouflage, including the new grille, lighting units and new body styling. Setting the performance model apart are larger, Brembo-branded brakes and more aggressive front and rear bumpers. The front of the model is now home to an aggressive splitter and larger intakes, with the rear featuring two large, typically Cupra oval exhausts nestled amongst a new diffuser.

As always with test mules, shape-hiding camo makes it tricky to distinguish detail. However, a more shapely body than the current car can be seen, trading neat proportions for a more sculptural and aggressive shape. The Tarraco marked the beginning of the brand’s new design language, and so the new grille and reshaped headlights from the SUV have been carried over. 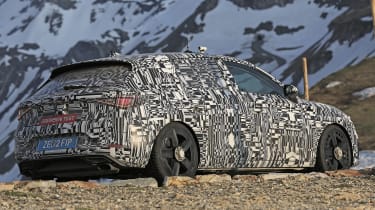 Our sister title AutoExpress uncovered that the model would feature the same powertrain found in the Cupra Formentor concept – a highly efficient hybrid system, combining a 1.4-litre TSI four-cylinder engine and an electric motor for up to 245bhp. Pure electric range from the concept was an impressive 31 miles, with power sent to the wheels through a dual-clutch semi-automatic transmission. Though details haven’t been confirmed, mention of a limited-slip differential also leads us to believe the new model will be front-wheel drive. Sporting an as yet unseen powertrain, it’s hard to predict performance figures, but the current 300bhp Cupra Leon sprints from 0 to 62mph in 5.6sec and on to a 155mph top speed.

Though details are yet to be uncovered, it’s likely that the model will share the same MQB platform found under the skin of the current-generation SEAT Leon, and also set to make an appearance in the next Volkswagen Golf. In the brand’s push towards the premium end of the market, expect next-generation interior tech from Volkswagen to make its way to the new Cupra Leon, including larger high-res displays and improved interior plastics.