BMW 5-series review - is this the best saloon in the world? - Engine and gearbox

The entry-level 520d utilises the B47 engine that is used throughout the BMW and Mini range. With 187bhp at 4000rpm and 295lb ft of torque from 1750rpm its overall power and torque figures are not especially ground breaking in comparison to rivals, but the engine’s ability to generate considerable shove at low rpm paired with a slick and intuitive transmission means you rarely feel short changed compared to the six-cylinder options.

The BMW 530i uses the B48 four-cylinder, producing a stout 248bhp at 5200rpm and 258lb ft of torque from a lowly 1450rpm. It’s that torque figure that reflects what the 530i is like to drive, majoring on low-end torque much like the diesels. However, there's no escaping from the fact that the 530i badge evokes images of creamy smooth straight-six engines, meaning the four-pot reality is rather disappointing. Sure it's a refined and pokey unit, but it lacks the character of the old engines. 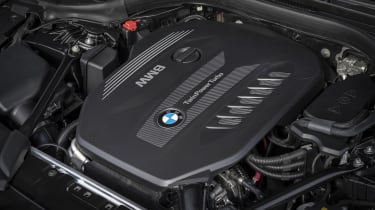 The 530d eschews the downsizing trend and keeps its six-cylinder engine, using the all-new B48 unit that already serves in the 7-series. This new six-cylinder diesel is super impressive, being hushed at all speeds, having almost no turbo lag and feeling incredibly strong at low rpm thanks to its 457lb ft of torque. Power is rated at 261bhp. As a result, despite our usual petrol tendencies, in the 5-series, is the 530d that is our pick of the range.

The 540i, available only with xDrive all-wheel drive, can’t match the torque figure of the 530d with only 332lb ft, so despite a 74bhp (335bhp in total) advantage over the diesel, doesn’t really feel that much faster. The 540i also does without any petrol-like qualities to rationalise its fuel type, being utterly refined, but without any real character. Still, it's fast and refined, is a slightly charmless sort of way. 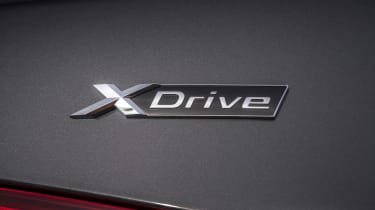 If only a hybrid will suffice, BMW has recently launched the 530e iPerformance, complete with a roughly 30 mile electric range. Producing a total power output of 249bhp and 310lb ft of torque, the 530e utilises a combination of a 2-litre turbocharged petrol engine and an electric motor and lithium ion battery pack.

Essentially a stand alone model, the M5 shares the same basic 4.4-litre V8 twin turbo with the outgoing car, only this time with over 600bhp and all-wheel drive. Unfortunately, BMW are not (for now anyway) willing to offer the two M Performance derivatives that are available in other markets in the UK. The M550i and M550d both have startling performance, the former V8 petrol outsprinting the previous M5 and the latter making use of four (!) turbochargers on its 3-litre diesel engine.