BMW has uprated its super-coupe to create the M3 Competition. We drive it in the UK 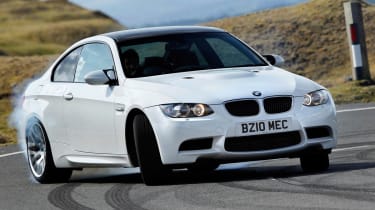 BMW M3 Competition. That sounds good, doesn’t it? Now don’t get too excited. This isn’t the eagerly awaited M3 GTS that’s set to do battle with the Porsche 911 GT3 RS, but instead an upgrade pack you can add to the M3 Coupe that’s claimed to further sharpen the driving dynamics. The Competition Package (to give it its full name) costs £3315 on top of the M3’s £53,275 asking price.

Normally we’d plump for the phenomenal V8 engine, but if you’re any sort of car enthusiast, you’ll already know oodles about that, so instead let’s talk about the suspension changes that make the Competition what it is. As with last year’s M3 Edition, it rides 10mm lower than standard, and although the hardware is the same, the software has been re-programmed.

That basically means the stability control (claimed to be the world’s most advanced system) has been revised and that there’s a new Sport setting within the standard Electronic Damper Control (EDC) that features entirely new damper rates.

The tasty 19-inch CSL-style alloys are part of the pack as well. 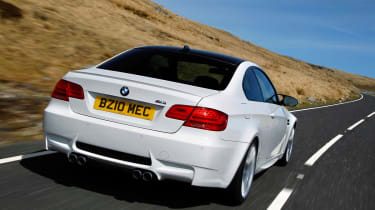 As epic as ever and not much different. As we alluded to above, it’s only when you change the dampers into their firmest mode that you actually notice a difference – and on typical British tarmac you don’t really want the dampers at their stiffest.

Grit your teeth and you’ll find out that mixing Sport mode and UK B-roads isn’t all bad news, though. Yes, the ride can get slightly choppy and busy, especially when you load the nose under braking, but I’d swear that overall damper control is now less snatchy, the M3’s minimal body movements somehow more supple, giving you the sense the car’s more in control, more of the time. Make no mistake though, Sport mode is hard.

The front end is exceptionally accurate, aided by steering weight that always corresponds directly with the amount of work the wheels are having to do, meaning you feel in very close contact with what the car is telling you. For the umpteenth time though BMW, the steering wheel rim does not have to be as fat as a Bratwurst. It really doesn’t help. 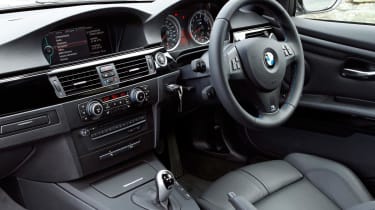 The sharper front end seems to add even more turn-in grip, allowing you to bring the rear end into play on corner entry. However, the M3 Competition simply isn’t as playful and adjustable as the M3 Edition we drove last summer. In short it’s got too much grip, and the blame for that can be laid at the door of the Michelin Pilot Sport tyres. The Conti CSC3’s that are the other OE fitment (you don’t get to choose which your car comes on) have lower limits, but a more manageable grip/slip balance that suits the M3 to a tee.

Nevertheless, we’re talking small differences, and the M3 Competition does have that bit more edge, helping make it more addictive than ever.

The Audi RS5 will be the obvious comparo and as I haven’t driven it yet, I’m not in the position to give you the definitive answer. However, if you read Chris’s pieces on testing the Audi RS5 you’ll find out he doesn’t think the M3 has too much to worry about in the dynamic department. Shame. 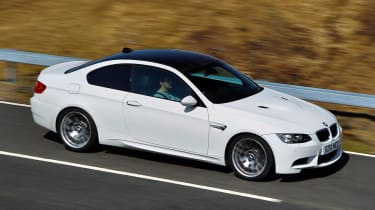 A few things actually. It may have a long winded clutch, but the manual is still a great gearbox. However, the DCT brings an extra gear, significantly better claimed economy and CO2, but also a significant £2590 price tag.

You can only add the Competition Package to the Coupe, not the saloon or convertible

Read our review of the new single turbo 335i coupe