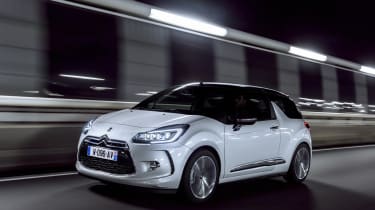 If you want a car like a Mini but don’t really want a Mini, the Citroen DS3 has been your best option since 2010. The chic French hatchback isn’t due for replacement just yet but does now benefit from a subtle refresh and positioning within a dedicated DS brand – now marketed as a separate entity from the rest of the Citroen lineup and soon to have specialist dealers.

Citroen has sold more than 320,000 DS3s since 2010 so while not the flagship of the DS range (that falls to the larger DS5), it’s still the best representation of what DS stands for. And in such a competitive segment, it still needs to be good.

Citroen has finally brought the DS3’s engine lineup bang up to date, with a range of 1.2 Puretech petrols, an updated 1.6 THP (tested here) and the latest range of 1.6-litre BlueHDi diesels. All units are now Euro 6 emissions compliant, and naturally boast more power, torque and greater economy than their predecessors.

Freed from city confines the engine feels a little less impressive. Despite the test car having more than 2000 miles under its wheels, its 1.6 feels surprisingly unwilling to stretch to the upper reaches of the rev counter. Perhaps that’s a symptom of emissions tuning, as the THP has always impressed in other applications.

Luckily, the DS3 moves briskly enough in the mid range that you rarely have to venture further, but in the absence of an updated DS3 Racing the THP’s lack of top-end pizzazz may prompt keen drivers to look towards some of Citroen's rivals.

The DS3 does remain a compelling package elsewhere. The supple ride doesn’t come at the expense of body control when pitched through corners, nor a lack of grip on the damp roads of our drive. It's nicely balanced too, in the tradition of the best French hatchbacks.

The steering is less darty than a Mini and less talkative than that of a Fiesta, but it’s accurate enough to punt the DS3 around with Parisian brio and plenty of fun.

You’d need to be sold on the Citroen’s styling and image to choose it over more driver-orientated choices from Mini and Ford, given its pricing - £18,880 is a fair chunk more than you’d pay for a Fiesta ST (£17,250) or even a MINI Cooper S (£18,655), both cars that offer more if driving and performance take precedence over style.

On the plus side, the DS3 is well-equipped (even before the extras that took our test car to over £21,000) and should be inexpensive to run, with 50mpg economy potential.

The DS3’s visual updates are minimal, but welcome. The new sweeping LED indicators with xenon projectors and three jewel-like LED lighting units in each lighting unit are most intriguing - a unique concept car touch that speaks volume's about Citroen's ability to get the details right when it really matters.

At the rear, the DS3 Cabrio’s 3D tunnel-style light units now feature on every model. And in keeping with the DS3’s personalisable nature, a whole raft of new roof designs and exterior shades can be selected. The DS3 certainly remains as desirable as ever. 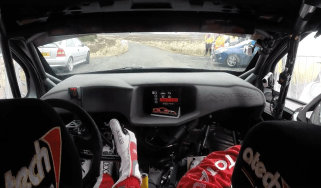 Craig Breen's amazing on-board from the Circuit of Ireland rally 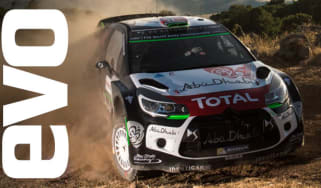 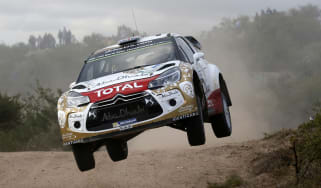 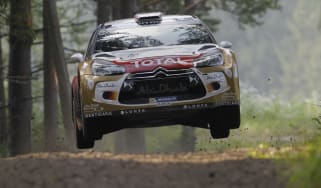 Henry Catchpole rides shotgun with Kris Meeke in his Citroën DS3R WRC before sampling the 300bhp rally car for himself...
Advertisement
Visit/citroen/ds3/12957/three-new-citroen-ds-models 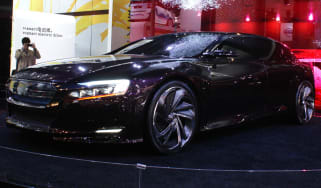 Citroen will unveil a new DS saloon, DS SUV and DS luxury car, with one concept at the 2013 Shanghai motor show
Visit/citroen/ds3/12902/citroen-ds3-red-launched 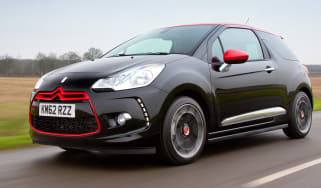 A new special edition 'Red' Citroen DS3 has been launched in the UK.
Visit/citroen/ds3/14135/citroen-ds3-racing-versus-hot-hatch-rivals 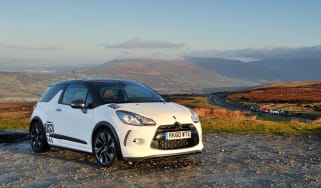 Citroen re-enters the hot hatch class with its 204bhp DS3 Racing. But is it exciting enough to beat Clio 200 Cup, Polo GTI, Corsa VXR and Mini JCW? Re…
Visit/citroen/ds3/11534/citroen-ds3-racing-v-hot-hatch-rivals-video 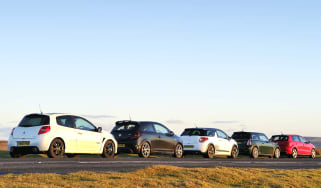 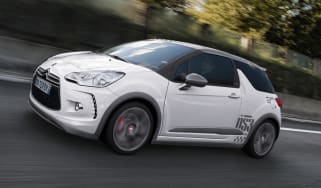 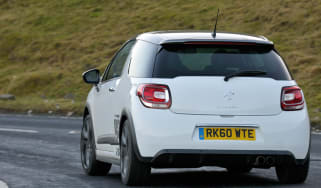 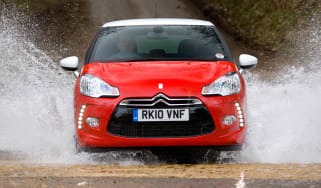 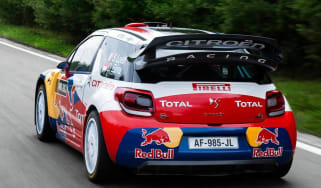 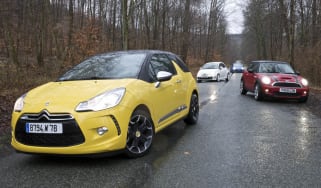 Citroen makes its first hot hatch in years. We pitch the DS3 turbo against rivals from Renault, Mini and Abarth
Visit/citroen/ds3/11307/citroen-ds3-racing-details-announced 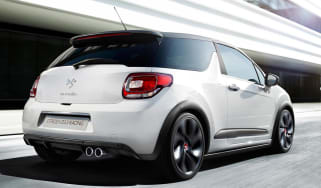 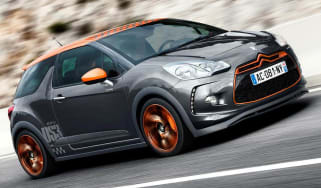 Citroen's new hot hatch driven for the first time. Can the DS3 Racing rival the Renault Clio 200?
Skip to HeaderSkip to Content