Twenty forgotten hot hatchbacks – the fast, the fun and the rare 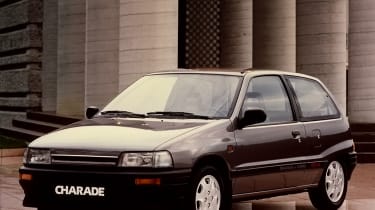 Few categories of car provide such variety and consistently entertaining options as the hot hatchback class.

From humble Suzuki Swift Sport to fire-breathing Focus RS there’s something at virtually every budget, fulfilling roles from back-road blasters to track monsters.

Several months back we dived into the evo and Performance Car archives to discover some of the lesser-known offerings over the year. Naturally, we then received dozens of further suggestions on our social channels, notably on our Facebook page.

As such, we’ve chosen ten more forgotten hot hatch favourites – in addition to our original list on pages three and four. 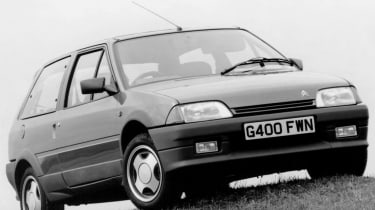 Alfa’s last few attempts at hot hatchbacks have fallen well short of the mark. Neither Mito nor Giulietta Cloverleaf have entertained as much as their peers, but back in 1995 Alfa offered one of the better options in the shape of the 145 Cloverleaf.

Admittedly, competition wasn’t strong: Mk3 Golf GTI, anyone? But the Alfa provided a ‘one of the most characterful four-cylinder engines in production’ and ‘lucid’ steering, as per Performance Car’s January 1998 issue.

Alfa’s production volume was lower back in the 90s than it is today making the Cloverleaf even rarer now than it was then. The same applies to the more unusual 146 five-door version, utilising the same engine but dropping the Cloverleaf badging for ‘ti’. 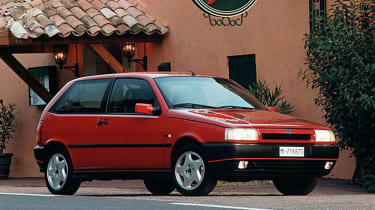 When describing cars as ‘lightweight’ in 2016, one typically thinks of a car of less than 1000kg. The Citroen AX GT, launched in 1987, is truly a lightweight car, coming in at 722kg – two bags of sugar more than the quoted weight of a series-1 Lotus Elise.

Build was flimsy even by the standards of the day and Citroens of the era had a reputation for shedding even more weight over time through disintegration and oxidisation, but few hot hatchbacks have ever been as nimble. Overlooked next to 106 Rallyes and the like, but a great drive. 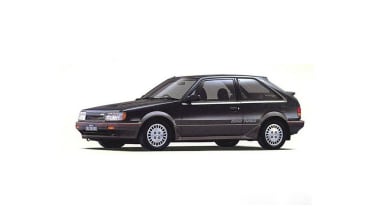 Fiat has produced plenty of talented small cars and sports cars over the years, but its roster of range-topping hot hatchbacks is much smaller. One that did prove class-leading, if only briefly, was the Tipo Sedicivalvole.

The Tipo was already a well-rounded family car (in ability, rather than styling) but with a 1995cc, 148bhp four-pot it was both quick and fun too.

In the April 1992 issue of Performance Car it made light work of two rivals – the Golf GTI Mk3 and Nissan Sunny GTI, neither of which were anything like as entertaining to drive. 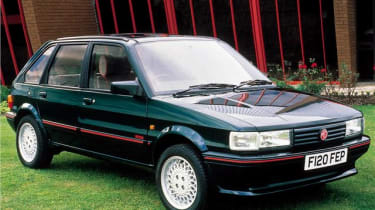 Mazda’s 323 Turbo is better known for its rallying exploits and for donating its 1.6-litre twin-cam to the MX-5 than it is as a road car.

Unlike standard MX-5s the use of a turbocharger resulted in a punchy 180bhp and 175lb ft, which were more than respectable for a car of its size back in the late 80s, and the resulting 7.6-second 0-62mph time was brisk too.

Driven in Performance Car in December 1989, the stability of the 323’s all-wheel drive was praised just as its bland cabin was criticised. Few remain today, but their relative obscurity can make them good value when they do come up for sale. 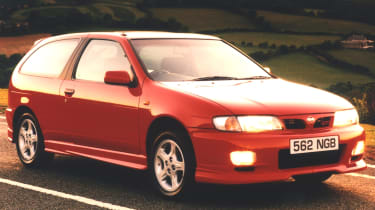 Based on the naturally-aspirated Maestro 2.0 EFi, the Turbo was remarkably quick – taking just 6.7sec to sprint to 60mph. Getting it to do so without rampant torque steer was more difficult, though one imagines modern rubber would tame that just as it has a 205 GTI’s propensity for oversteer.

Poor rust protection and neglect have seen off most Turbos, but while it wasn’t the best hatch of its day its rarity makes it an intriguing alternative today.