Evo issue 214 is in the shops now and it’s a bit of a cracker, even if we do say so ourselves 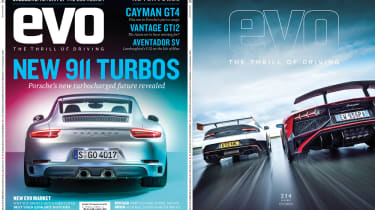 Not only have we got the full story on Porsche’s new turbocharged 911 Carrera models, but we’ve also taken Lamborghini’s Aventador SV to the Isle of Man, Aston Martin’s Vantage GT12 to the infamous evo Triangle and set a lap time at Anglesey Circuit, and splashed our way across the North York Moors in the Cayman GT4.

And that’s not all. We’ve pitted the Zenos E10 S against our own Caterham 420R, have spoken to the man who created the LCC Rocket, put Jaguar’s new four wheel drive F-type up against Porsche’s 911 Carrera 4GTS and get back behind the wheel of Audi’s iconic RS2. 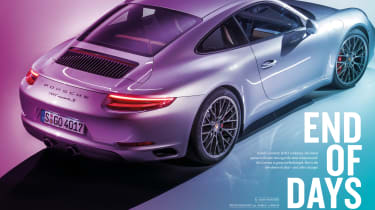 It had to happen sooner or later and now Porsche has succumbed to the turbocharger for its next generation of engines. In this issue we get the low down on the company’s new range of 3-litre turbo flat-sixes and speak to senior engineer Dr Erhard Mössle about Porsche’s new engine philosophy.

Lamborghini Aventador SV to the Isle of Man 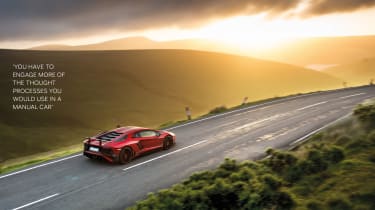 Where do you go with an Aventador SV when you want to experience everyone one of its V12’s 740bhp? We thought a road with no speed limits would be the best option, which meant Henry Catchpole catching the ferry to the Isle of Man. 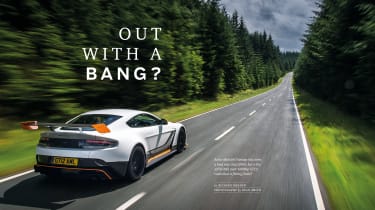 It’s been a long time coming but finally Aston Martin has built the Vantage we’ve been urging it create for what feels like an eternity. So now it has, is the Vantage GT12 any good? Richard Meaden heads to the roads of north Wales and Anglesey circuit to see if Aston has delivered the Vantage we’ve craved. 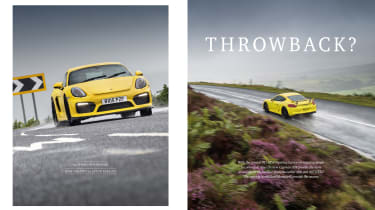 On the sun bleached roads of Portugal and the high speed twists and turns of the Portimao circuit Porsche’s Cayman GT4 blew us away, but can it still deliver on the gruelling roads of the north York Moors when the heavens open? Jethro Bovingdon finds out. 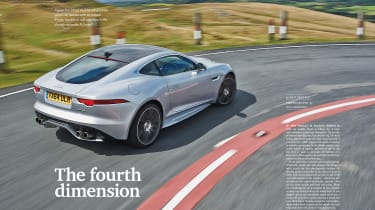 Jaguar has built its first four-wheel drive sports car and in doing so finds it F Type R AWD going head-to-head with Porsche’s 911 Carrera 4GTS on the mountain roads of south Wales. 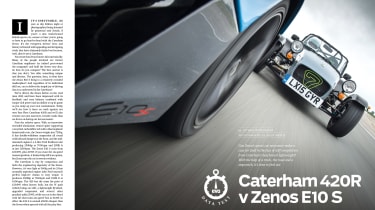 The newest track day car in the paddock finds itself going up against the original, so has Zenos’ E10 S got what it takes to topple the mighty Caterham 420R? Jethro Bovingdon has the answer. 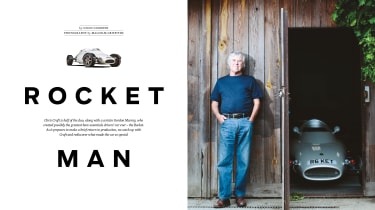 It was the original motorbike engined track day car, and now more than 20 years on the Light Car Company is putting the Gordon Murray designed Rocket back into limited production. Colin Goodwin speaks to its creator Chris Craft. 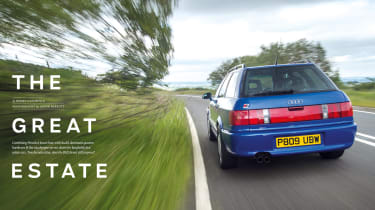 It’s the original fast estate car and still one of our favourites, and in this issue Henry Catchpole reminds us why Audi’s RS2 is such an icon. 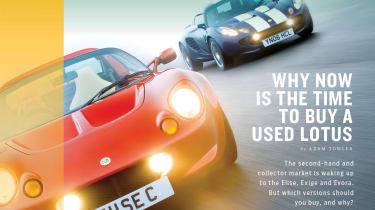 Issue 214 sees the introduction of evo market, our new buying, owning, tuning and selling section. In this issue we explain why now is the time to buy a used Lotus, pitch three used hot hatches against each other, take closer look at Aston Martin standing in the used market place and tell you everything you need to know about buying a used Porsche Panamera. 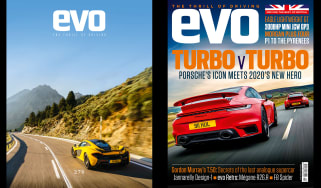