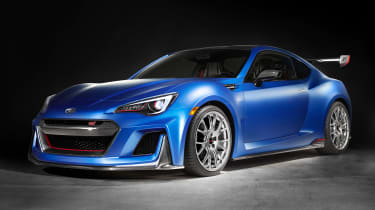 While the Tokyo Motor Show is Japan’s opportunity to present its most important (and its silliest) road vehicles and concept cars to the world, Tokyo Auto Salon (TAS) is Japan’s answer to SEMA – a car tuning show.

It may be a haven for the weird and wonderful, but it also gives us a glimpse into future modification trends and potential performance cars on the horizon, with firms like Nismo, Mugen and STI all displaying vehicles.

This year’s TAS kicks off on January 15 – and below is our preview to each major manufacturer’s wares. 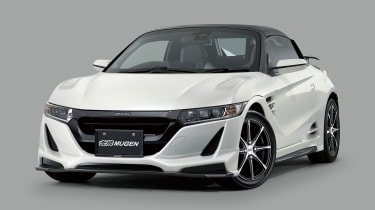 Honda has made great strides to re-establish itself as a maker of interesting cars in recent years. The new NSX is the flagship and the Civic Type R represents affordable performance, while a new S2000 is also said to be on the way.

At the bottom of the food chain is the S660, a compact sports car that slots into Japan’s strict kei car rules, which limit engine size and body dimensions. They don’t limit design flair though, so official Honda tuner Mugen has gone to town on the roadster’s body ready for the show.

It’s also turned its attention to the Vezel (HR-V in the UK, Honda’s Juke rival), the Civic Type R, and the Step WGN people-carrier. Honda’s in-house Modulo styling department will also present a range of models. 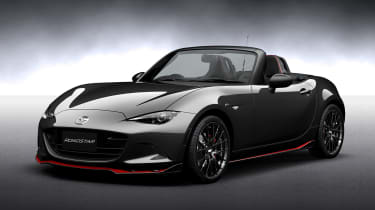 The RX-Vision concept car will make an appearance at TAS, following its debut at the Tokyo motor show in October 2015, but a slew of Mazda Racing Concepts will join it on the manufacturer’s stand.

Most interesting is the Roadster RS Racing Concept, or MX-5 to give the car its worldwide title. A black colour scheme with red accents to its extended bodykit sets the tone, as do sizeable alloy wheels.

A similar theme is applied to both the Mazda CX-3 Racing Concept – based on the brand’s compact crossover – and the Atenza (Mazda 6) Racing Concept. The former gets Mazdaspeed bucket seats and the latter loses the red accents for an even stealthier look. 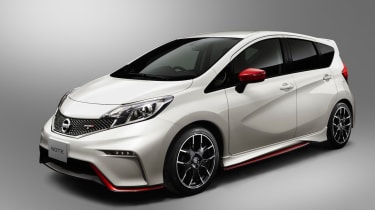 Tokyo Auto Salon might not be a traditional motor show but Nissan, and its tuning arm Nismo, are hitting TAS hard this year.

There’ll be little truly groundbreaking – a GT-R Nismo N Attack Package and Note Nismo S are about as fruity as it gets, but much of the maker’s Japanese-market range gets some kind of aerodynamic attention, from the Dayz kei-car to the enormous Elgrand MPV.

There’s life left in the Leaf too, with a surprisingly attractive Aero Style model that equips the electric model with multi-spoke alloy wheels and deeper bumpers and side skirts.

Subaru continues to be the automotive world’s carrot on a stick, dangling something tasty in front of us but always holding it just outside of reach.

This year’s carrot is the STI Performance Concept, a turbocharged take on the BRZ sports car. Naturally, this would silence critics who say the BRZ lacks power and torque, and naturally, there are no plans to actually make it – instead, it shows what STI is capable of when let off the leash.

It’s to be joined by the Levorg STI Concept – a coat of WR Blue Pearl paintwork and a set of STI-designed 18-inch wheels on Subaru’s estate offering – and a Subaru XV Hybrid STI Concept. Think of the latter as a Juke Nismo RS rival. 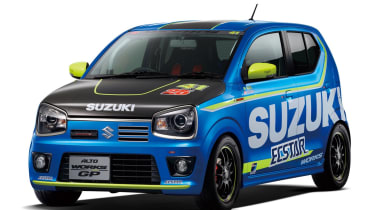 Japan’s premier producer of tiny cars won’t disappoint at TAS, with revised versions of its Alto and Hustler kei cars and Ignis supermini gracing its stand.

The Alto Works GP is closest to evo’s ideals. Based on the Alto Works – a bodykitted, turbocharged, 64bhp version of the regular kei car – it gains a MotoGP-style paint scheme and a carbonfibre bonnet.

Joining it is the barmy Hustler Rough Road Style, a boxy kei-class vehicle with jacked-up suspension and knobbly off-road tyres, and the Ignis Water Activity Concept. Yes, that is a kayak on the roof. 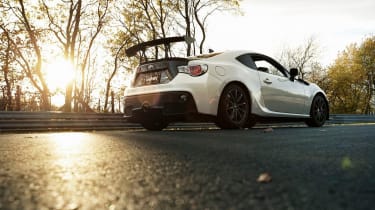 Like Subaru, Toyota is presenting an upgraded version of the co-developed GT86 sports car at TAS. Unlike Subaru, people will actually be able to buy Toyota’s version – albeit limited to 100 examples.

The GT86 GRMN has been developed by Toyota Gazoo Racing, and develops 213bhp and 160lb ft of torque – up from 197bhp and 151lb ft. Low-friction materials, a new intake and high-flow exhaust liberate the extra. Weight reduction efforts shave around 45kg from the car’s mass.

Joining the modified GT86 is the wonderfully silly S-FR Racing Concept, revealed in December. It’s lower and wider than the Tokyo motor show concept that spawned it and could hint at a GT300 competitor in Japan’s SuperGT series.