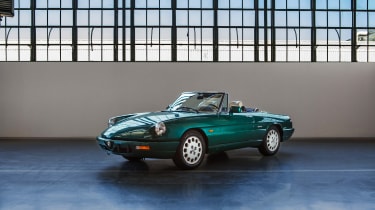 Fiat Chrysler Automobiles is the latest car manufacturer to launch an official, in-house restoration service for its classic vehicles under the FCA Heritage banner.

Launching at this year’s Rétromobile show, FCA Heritage will present immaculate examples of the 1991 Alfa Spider IV, 1973 Lancia Fulvia Coupé Montecarlo, 1981 Spidereuropa Pininfarina, 1989 Alfa Romeo SZ and 1959 Lancia Appia Coupé, all of which have been restored and guaranteed by the manufacturer.

The first three of these are billed as “ultimate classics”, being the last versions of their respective series to be produced and therefore examples of cars representing the ultimate point in development, while FCA describes the others as unusual vehicles that not everyone will be aware of – though if you’re reading evo, the Alfa Romeo SZ surely won’t come as much of a surprise. 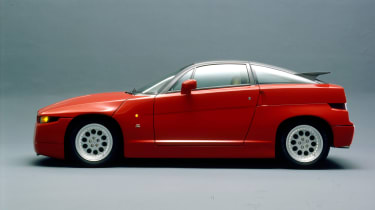 FCA has owned the Alfa Spider since it was produced and the car was previously used for custom colour testing. The Fulvia is one of the limited number produced to celebrate driver Sandro Munari and co-driver Mario Mannucci’s victory in the 1972 Monte Carlo Rally, and still wears its original black registration plates.

The unusually-named Spidereuropa Pininfarina going on display in Rétromobile is a late iteration of the Fiat 124 Spider – a car whose profile has grown since Fiat released the latest 124 Spider, based on the Mazda MX-5.

While the Spidereuropa is among the last of its type, the 1989 Alfa SZ is one of the first, registered in September 1989, and its history makes it something of a prototype, having been used for track testing at Balocco. The last of FCA’s presentation cars at Rétromobile, the 1959 Lancia Appia, features bodywork by Pininfarina.

The service, which FCA Heritage is calling “Reloaded by creators”, has several aims, from restoring and selling cars carefully selected and purchased by the department, to financing what FCA describes as “scouting” activities, where FCA Heritage finds and buys important pieces for the company’s historic collection.

In-house restoration has grown in profile in recent years, with a rise in “continuation” models from the likes of Jaguar Classic (from whom a run of 25 D-Types is the latest project), and official restoration and factory back-up programs from Land Rover, Mazda, Nismo, Porsche and Pagani, among others.

The 2018 Rétromobile show is currently underway at the Paris expo Porte de Versailles and closes its doors on 11 February. 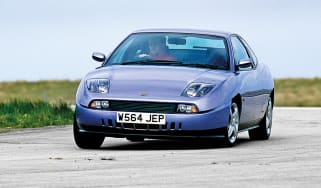 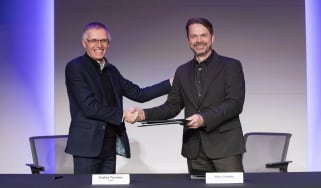