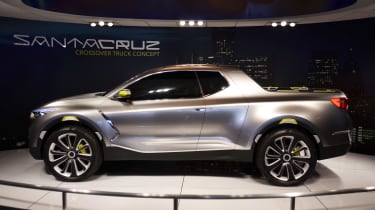 We all know what pickup trucks look like: Big, brash, square-edged and designed to intimidate.

Manufacturers such as Mitsubishi have attempted to change that – the L200 pickup available in the UK is relatively curvaceous – but the world’s big-sellers all conform to traditional descriptions. 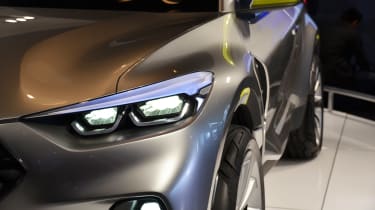 In Hyundai’s words, it’s ‘designed to meet more of their desires for expression, efficiency and manoeuvrability’. An extended-cab layout with four doors and five seats remains, but the Santa Cruz’s footprint is more like that of a compact SUV than a truck, and it eschews a traditional V8 engine in favour of a 190bhp, 300lb ft 2.0-litre turbo diesel. 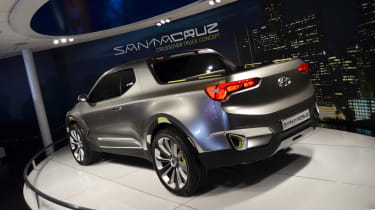 But the vehicle is practical – it has all-wheel drive, for example, and an extendable bed at the back to accommodate greater loads – and Hyundai has spotted a gap in the shrinking pickup market for vehicles that closer meet the needs of younger buyers.

In other words, while the Santa Cruz itself probably won’t reach production, something like it might. The only question then would be whether it offers greater evo thrills than existing pickups on the market…

Read about our other Detroit show highlights: The BMW 3.0 CSL and Honda RA 272.