The pop-up headlight has all but vanished from today's new car market. We reflect on the charming design feature 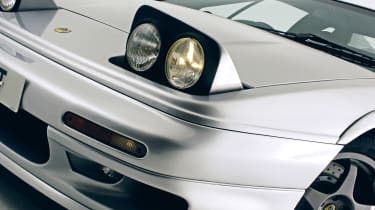 If there isn’t one already, there should be a museum dedicated to cars that don’t appear to have headlights until the sun goes down. Think of the Lamborghini Countach, the best-looking Ferraris (Daytona, 308, 288 GTO, F40), the Chevrolet Corvette, numerous front-engined Porsches, the original Lotus Elan and its Japanese tribute act, the Mazda MX-5. Honda’s NSX and the BMW M1 linger in the memory, too. The full list of potential museum exhibits would be phenomenally long and littered with as many aesthetic tragedies as triumphs. But for better or worse, the 68-year reign of the pop-up headlight – which ended in 2004 along with the Lotus Esprit and Corvette C5 – has to be regarded as one of the most powerful and pervasive design trends in automotive history.

It all started in 1936 with America’s Cord Model 810. It was the ‘coffin-nosed’ car’s unprecedented sleekness rather than its front-drive powertrain that fired the imagination of the crowds at the New York Auto Show. Cord chief stylist Gordon Buehrig and his team had created the world’s first ‘hidden’ headlights – not pop-ups in the strictest sense as it was the flush-fitting covers that moved, not the bulky, modified Stinson landing lights themselves. But while their concealed presence may have conferred sleekness, exposing them wasn’t exactly a slick exercise, each rotating cover having to be hand-cranked with levers at each end of the dashboard. A couple of years later, Harley Earl’s Buick Y-Job concept car for General Motors sidelined the elbow grease for powered operation. But it wasn’t until 1942 that pop-ups featured, albeit briefly until the outbreak of war, on a mass-produced car. The Chrysler DeSoto’s peepers, called ‘Airfoils’, were introduced with the slogan ‘Out Of Sight Except At Night!’

The irony is that, at night, it’s harder to tell that the popped-up lights have trashed the clean, uncluttered lines and whatever aerodynamic advantage the concept was meant to achieve. It hardly seemed to matter. Pop-up headlights were considered, at various peaks from the ’60s to the ’90s, the height of cool. Safety legislation and the emergence of visible headlight technology as design jewellery may have hurried their extinction, but it’s hard to imagine trend-setters like the 1963 Corvette Sting Ray and the Oldsmobile Toronado without them.

And, as with the Countach, the wedge nose of the Lotus Esprit (pictured) depended on the flat surface they permitted when stowed. That Esprit drivers couldn’t always rely on the light housings to pop up in unison is another story.