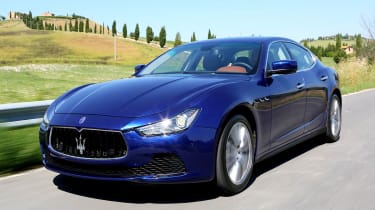 The Maserati Ghibli is tasked with massively increasing the volume of cars the Italian firm sells a year, targeting 50,000 sales by 2015. Just under five metres in length, the Ghibli is designed to compete with rivals like the Mercedes CLS and BMW 6-series Gran Coupe and has the option of a diesel engine for the first time in Maserati’s 99-year history.

The Ghibli is based on the all-new Maserati Quattroporte launched earlier this year, and is powered by new engines. The Ghibli range kicks off with a 3-litre V6 turbodiesel that produces 271bhp and 443lb ft of torque. Next comes a 3-litre V6 twin-turbo petrol engine, supplied by Ferrari and producing 325bhp and 369lb ft. Topping off the range is the Ghibli S, using a 404bhp, 406lb ft version of the petrol V6, higher boost pressures and different ECU settings delivering the extra power. All three versions use the same eight-speed ZF automatic gearbox with identical gear ratios, the only difference here is the top Ghibli S is also available with an optional four-wheel-drive transmission (called the Ghibli S Q4) though this won’t be coming to any right-hand-drive markets.

First up, the Ghibli diesel. Maserati claims to have done much work to make it worthy of the trident badge, but there’s no escaping the fact there’s a diesel up front on initial start-up. Another giveaway is the 4500rpm redline on the tacho but things improve once underway, as the V6 delivers serious punch once the turbos spool up. Maserati claims the dry weight of the diesel model is 1830kg, which is chunky against its rivals and 20kg more than a petrol Ghibli. Most of that extra weight is in the nose because the diesel V6 uses a steel block (the petrol engines are all aluminium), so turn-in isn’t quite as sharp as a result. Pressing the ‘Sport’ button next to the gear-selector speeds the gearchanges up and enhances the exhaust note thanks to special activators fitted to the exhaust but it makes little difference to the sound inside the car, which is pretty bland as the redline approaches.

The 325bhp Ghibli petrol is a much more charismatic car to drive, with a proper Maserati soundtrack to boot, especially once ‘Sport’ is pressed. Both petrol engines have an overboost function, so there’s plenty of grunt on offer from low revs but then there needs to be because the Ghibli is still a heavy car at 1810kg dry. Despite being hydraulically powered, the steering doesn’t deliver much in the way of feel but it’s accurate enough to not spoil the party. Our car came with switchable dampers and seemed pretty well judged on the hopelessly lumpen tarmac of our Italian test route. Final verdicts will have to wait until we drive the car in the UK but the two-position dampers felt like an option well worth having. All models of Ghibli have an excellent driving position, with supportive seats, while the dash layout looks good and works well, much better than recent offerings from Maserati.

The Ghibli S Q4 is the top model in the range right now. Power is split 35/65 front/rear under steady-state running but gradually diminishes at the front as speed rises, and above 80mph, power goes to the rear wheels only. On the road, an extra 70kg over the regular petrol Ghibli is certainly noticeable and blunts the effect of all that extra power on offer. The steering doesn’t feel as good as on the rear-drive versions either, and the car seemed slightly more ponderous through the endless corners of our test route; not what I was expecting from theoretically the most sporting Ghibli. The Ghibli S gets uprated brakes but as this car is heavier anyway, there doesn’t seem to be much more braking power on offer as a result.

The new Maserati Ghibli is an exciting new entrant to a very competitive class. It’s a stylish car and the new petrol engines suit it well. Being able to buy a diesel Maserati Ghibli is bound to help it gain sales in Europe, I just wish the engine was a more competitive unit, as it lacks the top-end spark found in the best sporting diesel engines like BMW’s turbo straight-sixes. Inside, the Ghibli feels very luxurious and from a class above cars like the Mercedes E-class and BMW 5-series.

The really good news is how aggressively priced the new Maserati Ghibli is. Prices start at £48,830 for the Ghibli Diesel, while the 325bhp Ghibli is the bargain of the bunch at £52,275. The UK range is topped off by the Ghibli S, which lists at £63,415. All cars come with a three-year, unlimited-mile warranty and deliveries in the UK start in October 2013. 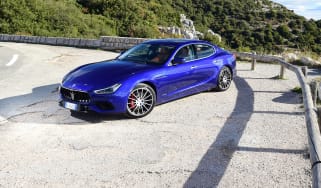 Stylish and much improved dynamically, but still a way short of the best in class overall
Visit/maserati/ghibli/18304/maserati-ghibli-diesel-review-improved-italian-still-lags-e-class 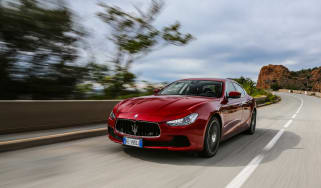 Stylish and dripping with badge appeal, but off the pace of class best
Visit/maserati/ghibli/14513/maserati-ghibli-ermenegildo-zegna-paris-motor-show-2014 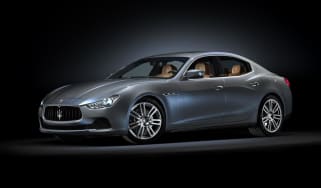