A proper four-seater sports convertible is a rare thing. Has Maserati hit the bullseye? 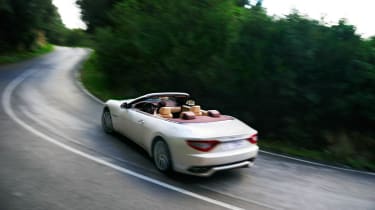 It’s pretty brave to launch a convertible in Rome, given how much ‘character’ the roads of this ancient capital have. Turbulent asphalt, Belgian pavé-style cobbled surfaces, Fiat 500-sized pot holes… if an open car is going to shake, shudder or shimmy, it’ll do it here. And if any type of car is likely to suffer more than most, it’ll be a long-wheelbase convertible that was born as a coupe.

Meet the Maserati GranCabrio, the four-seat, open-top version of the long-wheelbase GranTurismo. It looks fabulous, at least as good as the hard-top – with the roof down you can see all four headrests and better understand why its wheelbase is so long.

In fact it’s hard to believe that it wasn’t designed to be a convertible at the concept stage, so clean and elegant are its lines. But it wasn’t, and beneath the skin there’s extensive strengthening of the sills, the screen surround, what remains of the other pillars, and the cross beams, plus additional diagonal bracing to ensure the robustness and stability of the suspension pick-up points.

Surprisingly, the weight penalty exacted for all this strengthening, plus the electrically powered triple-layer fabric roof and pop-up roll-over protection behind the rear headrests is just 100kg. And yet, say Maserati’s engineers, the GranCabrio is very nearly as torsionally stiff as the coupe and so drives pretty much the same too; with the roof up, you could think you were in the hard top, they say. Perhaps the choice of Rome as the launch venue wasn't an act of bravery on Maserati's part, more a reflection of its confidence.

It’s not misplaced. Within moments of setting off we have deviated from the prescribed test route and find ourselves on cobbled roads with time-worn furrows and mild berms. The GranCabrio is utterly untroubled. It’s remarkable. Even stowing the roof and pounding a side-street loop for the camera, the big convertible remains reassuringly free of flex and agitation, the best evidence, as ever, being a clear image in the rear view mirror.

The steering is quite beefily weighted, unexpectedly so given that this is a car to be seen in as you glide gently along expensive, sun-kissed seafronts or around spangled, fountained squares. It needs firm inputs for roundabouts and T-junctions, but this suggests there’s no wooliness or kickback to try to mask with excessive power assistance; even around town you get a good sense that the GranCabrio’s responses are clean and direct.

Maserati’s engineers say the GranCabrio’s dynamics couldn’t have been as good if they’d gone for a folding metal roof because it would have been heavier and some of that weight would have been up high. As it is, the distribution of the GranCabrio’s 1980kg is a useful 49/51 per cent front/rear with the roof up and 48/52 with it stowed. Also, they say, it would have been tricky to stack such a roof in the boot while retaining the sleek lines and incorporating the pop-up roll-over protection. The boot space is quite small anyhow – golf clubs and a bit – which is probably why tailored luggage is an option, a couple of pieces of which can be secured on the rear seats.

The roof was developed in conjunction with Edscha, the German firm that has worked with BMW and Aston Martin, and takes 28sec to disappear. Put ‘just’ in front of that time and it sounds brisk, but it doesn’t feel like it when there’s the soft fizz of sleet peppering the taut leather. And there’s a trick missed: once the roof is latched shut, all four side windows should rise with another push of the roof switch, saving you from trying to finger four window lift rockers at once. Refinement with the roof up is pretty good, with just a rustle of wind noise from the passenger side windows on the car we tried.

The GranCabrio can sense when its roof is down and adapt various systems to suit, including the output of the air-conditioning and the excellent Bose sound system and, when parked, the alarm. However, even cranked right up, the heater of the car we drove failed to keep us warm, even when the temperature rose from near-zero to 9deg C. I’m sure it would have been better with the optional ‘windstop’, a two-plane frame-and-mesh affair that helps stop the air swirling behind driver and passenger.

Apparently, top down the GranCabrio will push on to almost 170mph, and raising the roof lifts this by 6mph. Under the bonnet is the most potent engine in the Maserati armoury, the 4.7-litre V8 generating a feisty 434bhp at 7000rpm. This is coupled to the rather wonderful six-speed ZF automatic gearbox (also used by Jaguar) which here feels especially responsive and smooth-acting, suggesting it has the very latest software.

There’s a sense that the GranCabrio is a heavy car, a feeling reinforced by the steering’s weight, but it feels plenty quick enough and the V8 is sweet and characterful. If it’s a bit too meek you can always push the ‘sport’ button which triggers tauter damping, quicker gearbox responses, sharper throttle response and a gloriously vocal engine note. Around 3000rpm, even on a modest throttle opening, the exhaust note becomes an open, bassy, resonant howl.

The ride is very well judged, remaining firm yet supple over all manner of surfaces, and the suggestion in Rome that the GranCabrio had lost little of the sharpness and poise of its coupe sister is borne out when we finally locate a decent driving road close to the coast. Turn in and the GranCabrio turns, crisp and precise, and picking up the throttle shifts the weight, sets it subtly onto its rear wheels and offers the keen driver a number of options. This may be a large, weighty car – a convertible, too – but it manages to feel like a smaller, lighter and more agile one. Yes, it will slide its tail but, in truth, you have to be determined as there’s not an over-abundance of torque. But that rather misses the point anyhow; all the joy is in the way it covers the ground rather than the lines it can lay on it.

It hits the mark in many respects, this Maserati, delivering a driving experience very like that of the GranTurismo, and offering more generous space for four than any rival convertible. I’ve never been a big fan of the GranTurismo’s styling but I’d happily give the GranCabrio driveway space, safe in the knowledge that I was losing little in doing so. 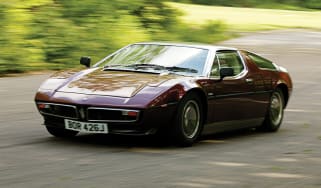 Years before VW adopted the name, Maserati’s Bora was this 177mph beauty
Visit/maserati/grancabrio/13525/a-z-supercars-maserati-mc12 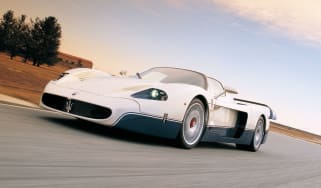 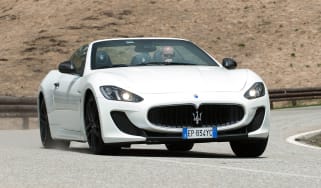 The GranCabrio MC is the seventh iteration of the gorgeous Maserati GranTurismo. Can it match the cheaper Jaguar F-type Roadster?
Visit/maserati/grancabrio/12758/maserati-grancabrio-mc-revealed 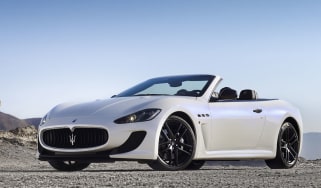 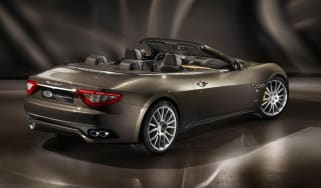 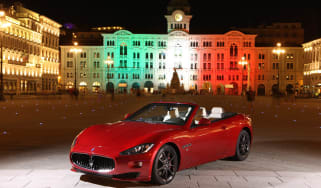 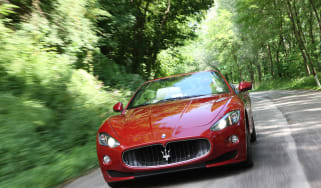 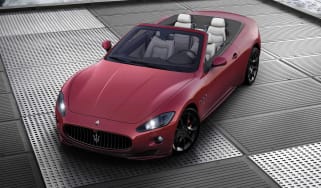 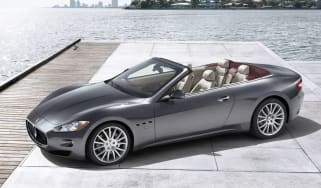 Room at the back... Maserati announces prices for its longer-than-average Cabrio
Visit/maserati/grancabrio/10495/maserati-grancabrio 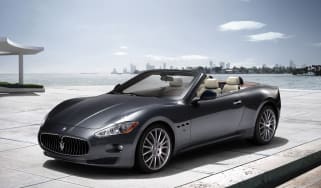