Summer is here and so are the convertible supercars, plus a few little celebratory birthday features - all in this month's issue. 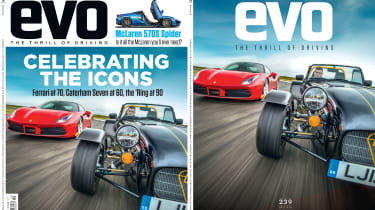 It may not seem it looking out the window right now, but the British summer is in full swing – so evo 239 is chock full of the latest drop top supercars to pine over, as well as a few significant birthday celebrations for a couple of our favourite marques.

Starring on the cover is our 60th birthday celebration of the Caterham Seven­­, a British motoring institution that, despite its archaic styling, still provides about the most thrilling driving experience you can have on the road. We drove the bookends of the current range - the wonderfully retro Seven 160 and the extreme 620R – all while tracing the Seven’s lineage way back to 1957.

But Caterham wasn’t the only birthday celebrated in this issue. Its been 70 years since Enzo Ferrari put his family name on a Fiat Tipo 125, and for 19 of those years evo has been on hand to put you behind the wheel of the marque’s finest creations. We took a look back at the cars that defined the Ferrari of today, as well as some of the models that helped define evo itself. 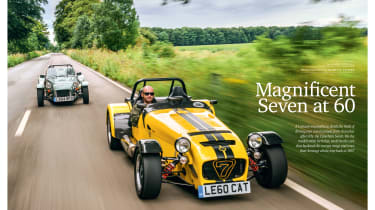 > Click here for our online review of the McLaren 570S Spider

McLaren, a much newer institution, recently launched the 570S Spider – a drop top version of the excellent 570S coupe. As the only car in its class underpinned by a carbon tub, could the 570S Spider not only be the best open top super in its class, but the best McLaren so far full stop? We took one to the limits on some sunny roads around Barcelona to find out.

We also decided to pitch two of the 570S Spider’s closest rivals together to distinguish which rival the McLaren will have to fear the most when it hits UK roads later this year. 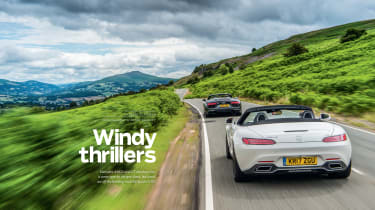 The Audi R8 V10 Spyder and Mercedes-AMG GT Roadster may differ in layout, but the notion of offering an open top supercar experience in a relatively practical and usable package is a common thread in both. The Mercedes-AMG GT may be lacking two cylinders and 1200cc next to its mid-engined rival, but if there is one thing we know about an AMG V8 engine, it’s not to underestimate it.

Finally, with governments around the world starting to put the squeeze on internal combustion engines, manufacturers are starting to wake up to the realisation that to appeal to the car enthusiasts of the future they will need to revolutionise the way we perceive the electric car. Renault is one such company that has begun its exploration of where the hot hatch of the future could go – and the Zoe E-Sport gave us a glimpse of what is to come.

Subscribing to evo can save you up to 13% on the shop price - and it's delivered to your door, every month.

To subscribe, call 0844 844 0039, or click here. Remember to quote code P1707PA for the print edition, or P1707BA for print and digital editions (calls cost 7p per minute plus your telephone company's access charge). 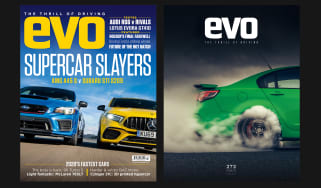