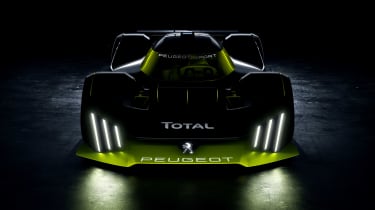 Following the announcement of its interest in the WEC Hypercar class in November of last year, Peugeot has now revealed further details about its new hybrid racer. The marque will participate in the 2022 season, sitting alongside Toyota, Scuderia Cameron Glickenhaus and ByKolles.

Set to be developed in partnership with Total, the hypercar will send a combined output of 671bhp to all four wheels. Olivier Jansonnie, Technical Director for Peugeot Sport WEC, revealed that 264bhp would come from a front-mounted electric motor alone, and that it would see both weight and size increases over LMP1 due to the new regulations - length is said to come in at around 5m, with width at 2m.

The move to hybridisation also allows the brand to bring elements from the track to its new line of road cars. Jean-Philippe Imparato, Peugeot CEO, said: ‘Peugeot Sport is changing its identity and launching its label of electrified high-performance vehicles; Peugeot Sport Engineered with its first 508 model: 360 horsepower, 4-wheel drive and 46g of C02. This endurance program allows us to integrate ourselves fully into the transition of energies.’

Though the images shown are early design renders, development of the car is well underway, with engine framework decided, design of the hybrid system chosen and even elements of the aerodynamic concept already confirmed. Jansonnie did add, however: ‘We still have several steps left before our debut in endurance in 2022, in studies, the production of prototypes and finally, affirmation on the bench and on the track.’ 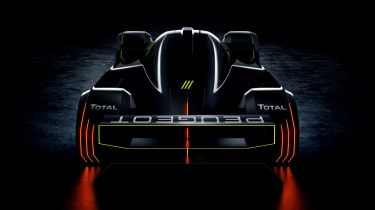 As with all Hypercar class entrants, rules stipulate that a minimum of 20 road-legal variants must be produced, meaning a road-going, highly focused Peugeot is also in the pipeline. Details for this model are still under wraps, however, and will be announced at a later date.

The brand’s certainly no stranger to endurance racing, it having won in 1992 and ’93 during the Group C era, and in 2009 with the aforementioned 908 LMP1 car. Time will tell what form its next step in endurance racing will come in…

Late last year, PSA Motorsport director Jean-Marc Finot said: ‘I am very excited at the prospect of channelling the skills and passion of my team into this project. It is a new challenge and I know our experts will rise to it with another demonstration of their will to win with teams financed by the group’s brands, fuelled by their long experience of top-flight FIA championships and hunger for success.’