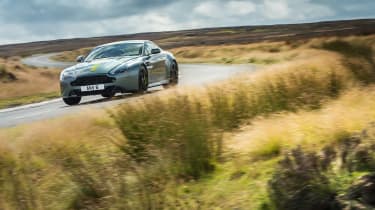 Can it really be that the Aston Martin V8 Vantage is now 12 years old? Now into its twilight years, Aston Martin has unveiled a new model line: the AMR. Standing for Aston Martin Racing, there will be a limited run of 100 V12-engined cars, and 200 cars powered by the venerable V8, each available in a choice of coupe or roadster bodies.

Don’t get too excited though, because underneath the special colour schemes and extensive options list it really is simply the dear old Vantage, for better and for worse. A cynical marketing ploy to shift the last of the remaining stock, or a fitting last hurrah for Aston’s most successful car in its 104-year history? Time to find out.

Although it’s possible to order your AMR with the indecently lairy and stridently vocal 595bhp V12, it’s the 430bhp V8-engined Vantage AMR that we’re trying out here. This 4,735cc, naturally aspirated V8 is now something of an anachronism in a market dominated by torque-rich turbocharged engines. 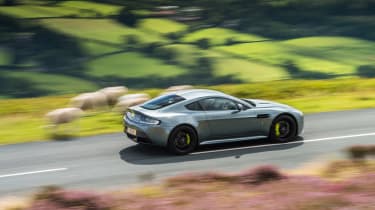 The Aston’s V8 has never been like that in character, particularly in early 4.3-litre guise, and even these later engines require plenty of revs to give their best performance. Nevertheless, while the claimed 0-60mph time of 4.7-seconds is merely quick, not outrageous - by the standards of today and particularly so given the £100k price tag - the act of working an engine hard to get the best from it retains its appeal.

AMR’s are available with either the Speedshift 2 and 3 automated ‘boxes, or six- and seven-speed manuals, for V8 and V12 models respectively. Pleasingly, our test car has the six-speed manual.

AMR paint schemes are white with orange graphics, black with blue graphics, blue with red graphics and silver with grey graphics. Or, as in the case here, there’s the Halo Pack, which apes the look of the WEC-GTE racer that won the championship last year. 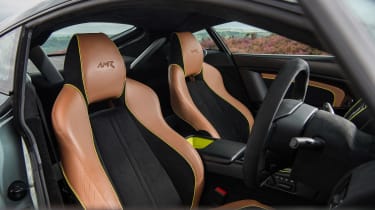 The ‘Stirling Green’ body features a lime green stripe, while inside there’s a curiously garish mix of black, tan and lime green, with plenty of Alcantara and carbon fibre embellishment. AMR’s get the ‘sports’ chassis setup as standard, but the comfort setup is an option. Beyond that, there’s a multitude of options for both the exterior and interior, although bar the carbon fibre sports seats, nothing that will make a difference from behind the ‘wheel.

These end-of-life models are nothing new in the car industry, but there’s something almost a little sad that Aston Martin has to resort to gimmicks such as acid green brake calipers and Union Jack enamel ‘wings’ badges to try and shift the last of the line. Why? Because underneath the tinsel is a really, truly, lovely car; a car of honest intentions and reactions, of genuine feedback and simple pleasures.

The black wheels and lurid stripe do the car no favours in my view, although you’re welcome to disagree, of course, but fundamentally the Vantage still lays legitimate claim to being one of the most beautiful car designs ever put into production. It’ll be amazing, almost freakishly so, if the firm can repeat the feat with the all-new car, due early next year. 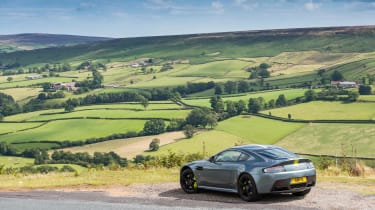 Jump inside and it feels immediately special; tightly constructed, with a confidence cars tend to exude as they reach the end of their production lives, with all the bugs ironed out long ago.

The sports suspension is fairly unyielding at low speeds, but not drastically so, and the ride soon smoothes out as the pace quickens. Driving the AMR is the kind of immersive experience that makes the infotainment system - vastly improved compared to the early years of the car’s life but still hardly cutting edge - seem redundant.

In many ways it drives in the manner it's beefy but elegant looks suggest, with a reassuring weight to all the controls that’s complemented by a really ‘mechanical’ sense of tactility. And then there’s that V8, slightly sluggish at low revs and soft on response at the top of the accelerator pedal’s long travel, but hugely keen over 4,000rpm whereafter it closes in on the limiter with that characteristically hysterical wail. It might not be the quickest way to get from point to point, but it’s definitely one of the more enjoyable ones. 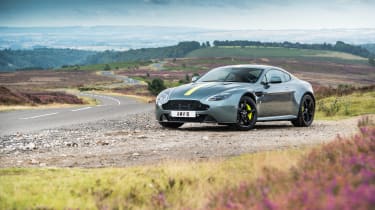 In fact, perhaps this car’s biggest failing is its name: the AMR badge raises expectations of a car along the lines of the previous hardcore GT8 model, an intensity of experience this essentially marketing-led car can’t hope to rival.

It sounds like a sop to Aston Martin, but it’s rather academic to think of rivals for the £97,995 AMR. For similar money, something like a Porsche 911 Carrera GTS would leave the Aston for dead and offer two extra seats into the bargain, but it’s a completely different proposition and one that offers little of the theatre, style and traditional enjoyment of the AMV8. If you want a Vantage, the time to buy is now while you still can. 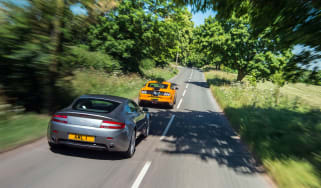 Which rear-wheel-drive, naturally aspirated V8 should you choose?
Visit/aston-martin/v8-vantage/20866/aston-martin-v8-vantage-first-drive-of-astons-crucial-new-car 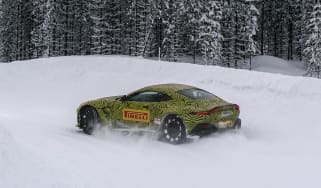 Entry-level Aston isn’t short of performance and drama, while rear-drive handling is big on fun
Visit/aston-martin/v8-vantage/20378/new-aston-martin-racing-vantage-gte-revealed 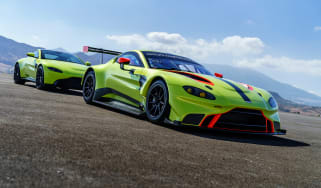 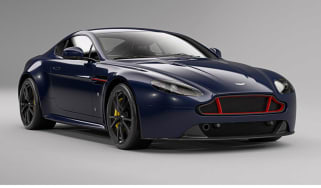 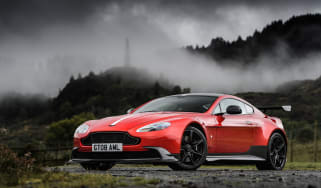 Born of the sublime V8 Vantage but corrupted by the GTE race car, is the new Vantage GT8 the perfect blend?
Visit/aston-martin/v8-vantage/17628/aston-martin-vantage-gt8-lightest-and-most-extreme-v8-vantage-yet 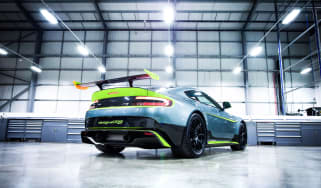 Built by Aston's Motorsport division, and inspired by its GT cars, the GT8 has the potential to be the best Vantage yet.
Visit/aston-martin/v8-vantage/17393/2016-aston-martin-vantage-gte-and-gt3-racers-revealed 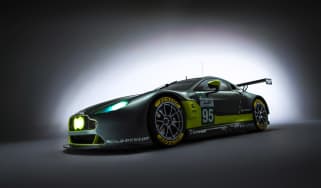 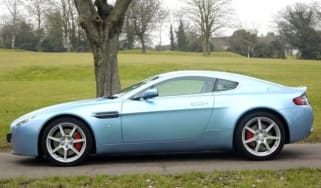 With the Vulcan making headlines, we've been tempted by one of Aston Martin's best cars of recent years
Visit/aston-martin/v8-vantage/15583/watch-aston-martin-n430-and-henry-catchpoles-favourite-road-in-the-uk 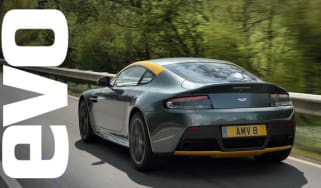 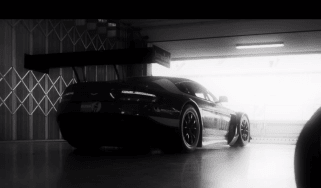 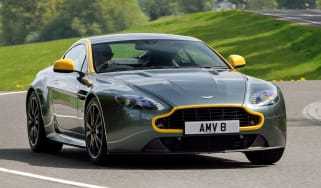 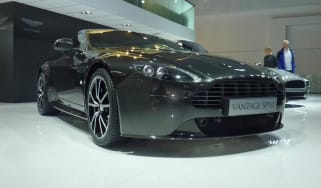 The Aston Martin Vantage S SP10 appeared at the Frankfurt show, with 430bhp and a manual gearbox
Advertisement
Visit/aston-martin/v8-vantage/7619/aston-martin-v8-vantage 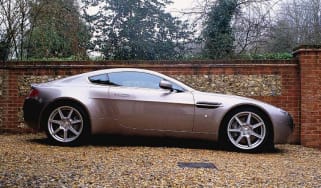 Life has been a little quiet on the car front since I waved goodbye to my Carrera S last year. A couple of cars have come and gone but, to be honest, …
Skip to HeaderSkip to Content