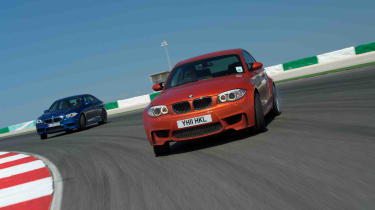 The new BMW M2 is the car many people wanted the M4 to be. Smaller and lighter than the performance 4-Series, much of the car’s engine internals, brake components and chassis setup are borrowed directly from its bigger brother. Combined with a 365bhp twin-turbo straight-six engine, you have a car BMW is labelling as a spiritual successor to the likes of the original E30 M3 and much loved 1M Coupe.

But while the M2 is an exciting new car, its arrival has also served to remind us just how many great BMW M cars there have been. We look over some of our favourites and consider their purchasing potential below. 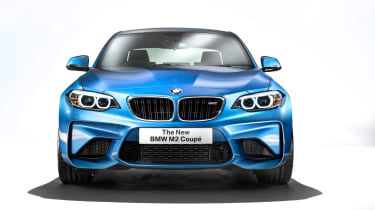 Let’s start with the ubiquitous E92 M3, defined by its high-revving, naturally aspirated V8. Prices for early, high-mileage coupes are now comfortably into the teens, and there are plenty on the market. These cars may one day be classics, even if prices are expected to slide further in the short term. Really nice cars start at around £20,000, and even the best are only in the £30,000 bracket. Watch out for failing throttle bodies and noisy differentials, but they’re generally tough cars. Very few experts rate the portly E93 Convertible, so we’ll gloss over it here.

The 1M has achieved something of modern-classic status, with values holding; low-mileage cars exceed £40,000. BMW expert Dan Norris (of Munich Legends) believes this buoyancy is largely led by the trade, and doesn’t necessarily see them as a long-term investment, while specialist Birds cautions that the forthcoming M2 might affect the market.

And what of the mighty V10s? They’re a high-risk purchase, and this page could easily be filled four times over with buying advice, but the core message is: research your purchase thoroughly. Some cars still have a BMW warranty, which is a comforting thought. A £15,000 E60 M5 is a gamble, £17,500 is fair, and £20,000 secures a good one. Nice M6s are worth a bit more, and Norris tips those as a much better investment bet.

Then there’s the Z4 M. A cult car in coupe form, and somewhat forgotten as a roadster, this flawed but individual BMW won’t be to all tastes. Currently in the high teens, it’s easy to see them rising.

There’s a marked difference of opinion between our experts on the V10-engined BMW M5 and M6 models. Birds won’t retail them as a rule due to ‘long-term mechanical issues and running costs’. Munich Legends sells plenty, but is under no illusions that they’re a special purchase requiring plenty of forethought and homework. ‘There are some issues you should think about before you even think about buying one,’ says Legends’ Dan Norris, citing clutch and gearbox wear and fuel consumption. ‘Allow your prejudices to have free rein, and get it inspected,’ he urges.

The Z4 M, particularly in Coupe guise, has always been a car to split opinion, and while Norris diplomatically admits that it’s a cult car, at Birds they love them. 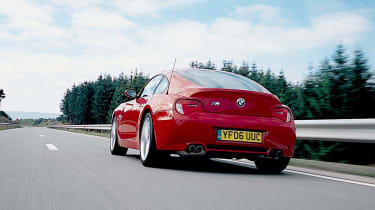 Both are big fans of the V8 M3s though, although Birds prefers the manual cars while Munich Legends leans towards the DCT versions. Both agree that getting the right spec on the car is important, with EDC damping a must. Norris has even used an M3 saloon as his daily driver for the past four years, and loves it dearly. These are still not cars to purchase lightly, however. ‘Anything that makes you raise an eyebrow about the car, just walk away,’ Birds advises.