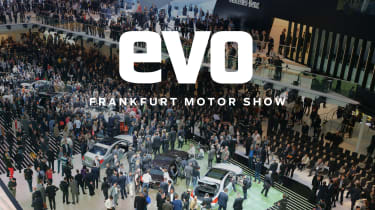 Frankfurt motor show rotates with Paris on the annual motor show calendar, and just as Paris is a biennial opportunity for French marques to show off their wares, Frankfurt is a shop window for the German giants.

That said, there’s plenty of variety to this year’s show, which will mark the debut of everything from a compact cabriolet, to Jaguar and Bentley’s first SUVs, to Hyundai’s performance sub-brand.

Continue reading below to find out about the latest Frankfurt debutants and stars – and click through to the individual stories to read more. 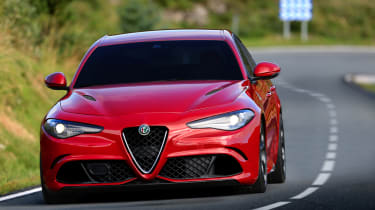 The buzz around Alfa Romeo’s next saloon has died down a little since its debut in Arese earlier this year, but it’s sure to build again when the car appears in Frankfurt. To recap, it’s the first rear-wheel drive Alfa since the 75, and the Quadrifoglio range-topper will feature a 503bhp, turbocharged V6. And now the Italian carmaker is claiming the 'Cloverleaf' has lapped the 'Ring a staggering 13 seconds faster than one of its main rivals, the BMW M4... 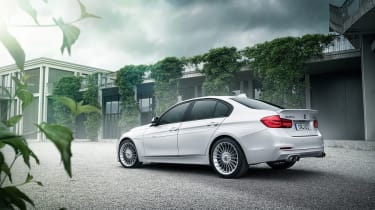 Echoing small changes made to the regular BMW 3-Series range, Alpina’s latest D3 Bi-Turbo will be one of the most potent diesel models on the market when it debuts at Frankfurt. There aren’t many places you can buy a 345bhp, 516lb ft car that also does 53.3mpg, but Alpina is one of them. 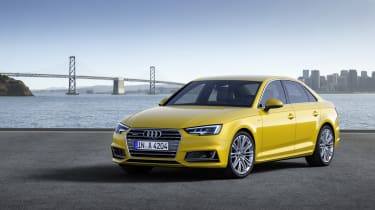 The latest Audi A4 doesn’t look much different from its predecessor, but it’s all-new under the skin, has one of the slipperiest shapes in its class and now offers neat interior touches like Audi’s Virtual Cockpit. Audi promises it’s better to drive, too – we’ll find out when we get behind the wheel.

The S4 has also been in attendance at Frankfurt. The new car's V6 ditches a supercharger in favour of a turbo to produce 328bhp and 368lb ft of torque. It can hit 62mph in 4.7sec. 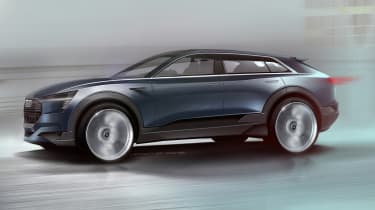 Audi takes another step towards electrification with its latest concept, the e-tron quattro. With three electric motors (two at the back and one on the front axle) and a large battery, Audi says it’ll cover 310 miles on a charge. It should preview the look of an all-electric SUV Audi plans to build by 2018. 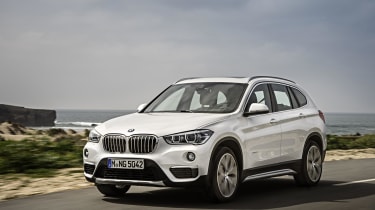 Notice something different in the proportions of the new BMW X1? That’s because it’s now based on the resolutely front-wheel drive platform used in the BMW 2-Series Active Tourer, rather than 3-Series-based rear-drive underpinnings. It’s larger than before, comes with four-wheel drive or – shudder – front-wheel drive, and a range of frugal engines. The Ultimate Driving Machine? We’ll see… 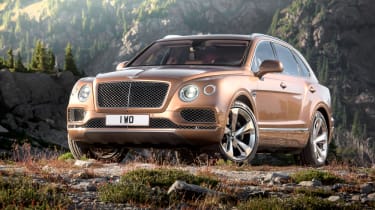 We’ll have to get used to the look of the new Bentley Bentayga, as they’ll soon be as ubiquitous as the Continental GT. The styling is sure to divide opinion for years to come, but it's sure to be hugely capable. A 6-litre W12 engine takes centre stage, with 600bhp and 663lb ft of torque - set to make it the fastest SUV on the market. 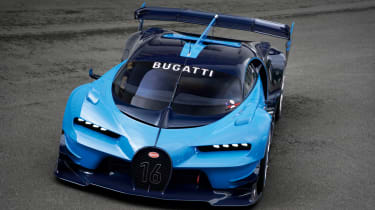 Bugatti has now revealed its Vision Gran Turismo concept, a car that many believe previews the Veyron's successor. Unsurprisingly, the French carmaker hasn't confirmed this, and instead calls its digital racer 'a project for our fans'. 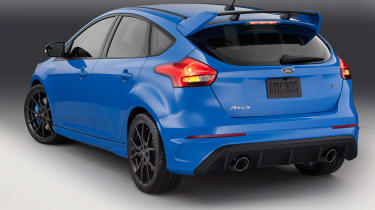 Okay, so this car isn't exactly breaking news, but Ford has at least confirmed the pricing of its new Focus RS in Frankfurt. Starting at £28,940 the Mk3 Focus RS is over £10,000 cheaper than Audi’s RS3 and more than £2,000 cheaper than Volkswagen’s Golf R, making it look like a bit of a bargain...