With a limited budget, these are the best new sports cars you can buy 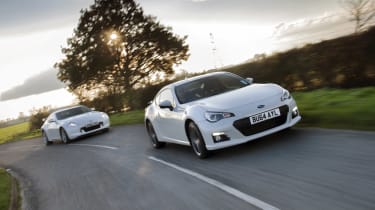 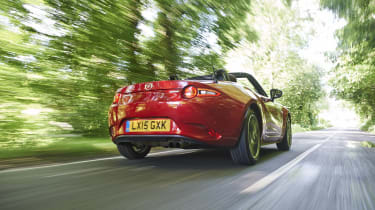 The evo team hasn’t quite gelled with the new MX-5 thus far, but there’s no doubting its credentials. Not only is it quite good fun below its ultimate limits, but it’s the most affordable here, with a starting price of under £20,000. Dan Prosser takes up the story in evo 212:

‘There is fun to be had driving this MX-5 and it doesn’t exactly fall apart if you really do fling it down a road. But it’s a car that works best just a couple of notches back from maximum attack.

‘This is a keen chassis, but after a few miles I just wanted more response from the front axle, tauter body control, less roll and more immediacy and intensity from the whole experience.

‘What the likes of you and I think is a little redundant, though, because this latest MX-5 does what the MX-5 has always done – it brings an authentic sports car experience to the masses.’

> Click here to read our review of the Mazda MX-5 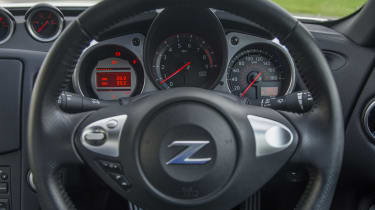 It’s been a while since we’ve driven a standard Nissan 370Z – the Nismo version has attracted more of our attention recently – but the basic car with its £27,860 starting price is something of a bargain for a car with 323bhp at its disposal.

The 370Z is certainly feeling its age now, and its 3.7-litre V6 has never been the smoothest of units towards the red line, but it makes some of the other cars here feel very slow. As David Vivian illustrates in issue 204:

‘The road is reeled in at a cranked lick to the hollow, howling accompaniment of that barrel-chested V6, the soundtrack scored by the short, punchy action of the six-speed manual gearbox.

‘The Nissan’s front end isn’t quite as sharp, clean and agile as a GT86 or BRZ, but it is capable of generating more grip and the meaty, feel-full steering is just as satisfying to use when scything through a series of esses.’

> Click here to read our review of the Nissan 370Z 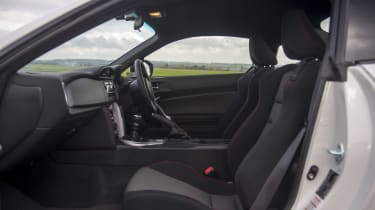 The Subaru BRZ didn’t completely endear itself to us on first acquaintance in issue 170. Fun in isolation, it suffered next to cars like a Renaultsport Megane Trophy and even a classic Impreza for involvement and certainly for power.

But despite an automatic gearbox hindering that example further, it did have its moments, and its current starting price of £22,495 is £2500 less than it was back then. Henry Catchpole explains in his first drive:

‘There’s no doubt Subaru has done an impressive job on the accuracy of the front end and there’s a startling lack of roll from the low-slung chassis.

‘Progress means merely picking a series of apices along the road ahead and then simply joining the dots in one clean, flowing line.’

> Click here to read our review of the Subaru BRZ 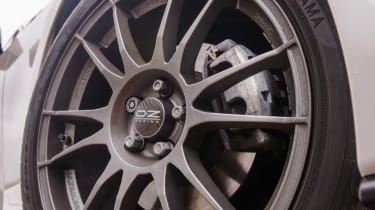 Like the Subaru BRZ, the Toyota GT86 is one of those cars that reaffirms your belief that volume car manufacturers really do care about the enthusiast. We’ve warmed to it over time, and its price has also fallen, making it an even more appealing prospect. Adam Towler in evo 219:

‘The  coarse, intrusive sound of the 197bhp boxer is endearing if you’re being charitable, and needs extending into its higher – and noisier – rev range if the car is to feel anything like as fast as you might hope.

‘However, the Toyota immediately feels right, pivoting around the driver on turn-in, the low centre of gravity from the boxer motor obvious. It matches a Mazda MX-5’s shift quality, and the steering is helped by having a vastly stiffer structure within which to work.

‘Of the two, it’s the Toyota that feels the more genuine behind the wheel. Given that the Primo model is £22,495, it now has a price in line with its proposition.’

> Click here to read our review of the Toyota GT86