25 years on from the McLaren F1, Gordon Murray has lost none of his design enthusiasm. We talk to him about his new sports car project 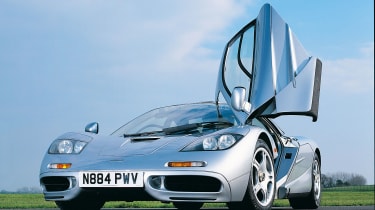 ‘I like sports cars. I couldn’t launch my first car from my own car company and it be a family saloon. I’d jump off the nearest bridge if I had to do that.’ It’s a straightforward answer to a simple question: why launch a car company and a sports car now? But Gordon Murray likes the straightforward approach to doing things. What he doesn’t like is weight, or unnecessary technology, or complicated manufacturing techniques. And if you’re a diesel-powered SUV, good luck with getting his attention.

A quarter of a century on from the launch of Murray’s most famous road car, he wants to bring the world a successor to a similar formula: a compact, lightweight mid-engined car in the spirit of the F1. ‘I think the industry is losing the plot,’ he continues, surrounded by some of the road cars currently in his collection – only one of which weighs more than 1000kg – and a broad selection of the race cars that brought him, Brabham and McLaren so much success in Formula 1 and sports car racing. ‘Sports cars, supercars, hypercars – whatever you want to call them – are becoming more difficult for the driver to enjoy and exploit. I want to design and build a sports car that’s useable and 100 per cent driver-focused. The F1 was all about the driver and them being able to use its performance. Nothing has changed in 25 years to say a sports car today can’t follow that same philosophy.’

Murray isn’t exactly forthcoming with the details when we meet. On the subject of weight he talks of Mazda’s current MX-5 and its circa-1000kg kerb weight: ‘It has to be under a ton.’ When asked about his interpretation of size his reply is quite telling: ‘Once governments have finished with emissions legislation they will move on to a car’s footprint and regulate this, too. We’re running out of space and big cars make no sense. In Tokyo, unless you have off-street parking you can’t own a car longer than 3.4 metres. It doesn’t matter how much money you have, you can’t have one. Is that such a bad thing? 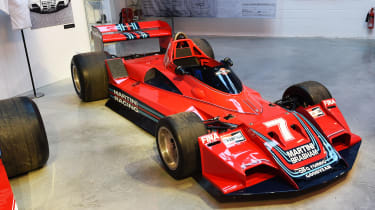 ‘Restricting the size of cars doesn’t have to mean micro-cars, but we need a better approach to how we design and build cars. Compact cars are very efficient, save space and resources, raw material and weight. They also provide a great opportunity, especially for those of us who enjoy driving.’

On the subject of powertrains he leaves a bit more meat on the bone: ‘We’ve worked on EV, hybrid and petrol engines for some of our previous projects and existing clients. We’re close to signing an agreement for our first engine. It’s something we could adapt for future models, too. What can I tell you now? It will be exciting, I can guarantee that. It will surprise a few people too, but importantly, and this is key to the whole car, it will be very pure, very driver-orientated in terms of how it delivers its power and torque.’

It’s a similar story with the gearbox. ‘I can tell you we’ve three options for a transmission,’ explains Murray. ‘It won’t be a torque converter or a DSG – they are such a non-event for the driver: the gearchange is quick but in chasing milliseconds we’ve excluded the driver.’

But back to the power source: ‘We’ve been working on an engine programme for the last 18 months. We need a family of engines for the plans we have to build other models.’ You see, Murray wants this first sports car to be a halo project for Gordon Murray Automotive, and for it to be followed by hatchbacks, saloons, trucks, city cars and, yes, if the criteria is correct and it can exist for the right reasons, an SUV. Some will be electric, others petrol and some hybrids. With partners such as Bentley on board and working with Murray’s team on future platform development, could his iStream manufacturing concept finally be ready for mass production?

How the car will be built is a subject Murray is more than happy to discuss at length. You will have heard of iStream, the manufacturing method that rips weight and inefficiency from the process of building vehicles, and adds efficiency, flexibility and possibility. It’s been around for some time, primarily in potential city car projects, although the process has yet to be taken on and put into series production. This sports car will be built on what GMD calls its iStream Superlight platform.

> McLaren Speedtail is the name for BP23 ‘hyper-gt’

Where the basic iStream process uses a steel frame with sandwiched carbonfibre panels to provide the stiffness – as per the new TVR Griffith that Murray’s team has recently finished designing – iStream Superlight replaces the steel with extruded aluminium. The result is a structure that’s 35 per cent lighter than the original iStream and over 50 per cent lighter than a conventional steel/ aluminium structure. ‘The problem with building cars from aluminium is that it’s not a strong material,’ explains Murray, ‘so you need more of it and you lose all the weight saving you wanted.’

Weight and efficiency is never far from the conversation when talking with Murray; it’s what has driven the designer of multiple F1 winners for the last 50 years. And even at the age of 71, that drive for efficiency continues. This focus also considers technology. Legislation will dictate that ABS and ESP must be fitted to his car, but driver modes and switchable damper, throttle and exhaust settings will be conspicuous by their absence – all part of Murray’s pure ethos. However, this same ethos also means that the car may not make it to some markets, such as North America: ‘Legislation kills many cars stone dead unfortunately. We haven’t looked at all the markets yet, but I won’t build a car that’s compromised by trying to please every market.’

The car will be badged IGM, for Ian Gordon Murray, initials he first applied to his one-off Lotus Seven-like T1 roadster over half a century ago. In terms of looks, a design sketch reveals a hint of a low-slung mid-engined two-seater with a short rear overhang and little sign of external aero devices. ‘Aerodynamics have moved on so much since we did the F1,’ explains Murray. ‘That car was still so advanced compared with what others were doing. But what we know now is really advanced.

‘Aerodynamics are going to play a key role in this car. Not in a way that we proclaim an unimaginable downforce figure at maximum speed, but they will be the most advanced yet seen on a road car and deliver a genuine benefit to the driver more of the time.’ 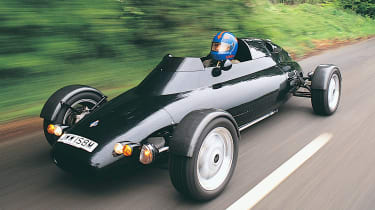 At this early stage of the project it’s as frustrating as it is fascinating to listen to Murray outline his plans, but the absence of specifics leaves you wanting to know more: performance targets, rivals, benchmarking. But we’ll have to wait, and with Murray under no time pressures to deliver, the wait could run well into 2019. Which brings us back to the original question: why now?

For Gordon Murray Automotive it’s to seize an opportunity; possibly to lead the changes in the auto industry, provide the specialist knowledge that gets absorbed by the big players and diluted into the mainstream when conducted from in-house. The freedom of working externally provides clarity. GMA’s ambition is wide-reaching, from building platforms under its own name to working with OEMs to adapt the concept to their needs. The iStream concept has also evolved from its early showings and could be a serious solution for many established makers and start-ups. ‘For every kilo of weight saved you can save 12 euros on an EV’s battery cost. Dyson should be talking us,’ says Murray when asked who they have spoken to.

It’s not only the construction of future cars that Murray thinks is a challenge: ‘The ownership model is going to change. Today’s kids won’t own a car, they won’t want to; they’ll lease or hire them. How do you establish brand loyalty, then? It’s about awareness rather than someone buying into a brand. People buy the best, or the perceived best. That’s a huge challenge for car makers who have put so much into building their brands. It’s another reason to build an exciting car, to get people excited about driving. It’s not all doom and gloom.

‘What powertrains will rise above the current ones? The trouble is petrol is too good! The energy density is so high you only need to carry around 15 per cent of the fuel with you, the rest is all around you. Hydrogen fuel stacks are interesting, but the production costs are too high and the efficiency rate is very low when you consider the energy required to produce it.

‘Electric is only viable for certain situations, the correct scenarios – city cars or large saloons and SUVs where you can package the motors and batteries to deliver the freedom a petrol engine gives you. But I’d rather be in the position we are now, to have these conversations with OEMs and start-ups and be able to offer solutions and possibilities. It’s going to be fun.’

Surrounded by his road and race cars, Murray cuts a relaxed, confident figure. Someone who knows exactly in what direction he needs to steer his new car company. Before we leave there’s time for one last question: what’s the best car he’s ever driven? Without hesitation he fires back: ‘The Series 1 Lotus Elan. I’ve never driven anything better. Including the F1.’ Sounds like now is the time to build your own Elan, Gordon.