2018 international Engine of the Year Awards: Ferrari 3.9-litre V8 sweeps the board

Ferrari’s turbocharged powerplant triumphs at the International Engine of the Year Awards for the third consecutive year. 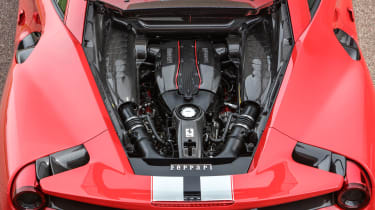 Ferrari’s twin-turbocharged, 3.9-litre V8 engine has completed a hat-trick of victories, claiming the ‘International Engine of the Year’ title for the third straight year in a row. It also collected further honours across three sub-categories at the same event.

In taking the title for the third time in as many years, the blown V8 mimics Ford’s 1-litre EcoBoost engine: the only previous winner to replicate such a dominant run of success. The other awards were ‘Best of the best’, ‘Performance engine’ and winner of the ‘3-litre - 4-litre’ category.

Referred to internally as F154, the engine made its debut in the California T back in 2013, producing 553bhp and 557lb ft of torque. Since then it’s been installed in the GTC4 Lusso T, Portofino and all 488-based models. Ferrari has continuously honed the engine, increasing the power and improving the throttle response, culminating in the 488 Pista’s 710bhp and 568lb ft of torque. That’s enough to fire the Pista from 0 to 62mph in 2.9 seconds; reach 124 mph in 7.6 seconds, and top out at 211mph. 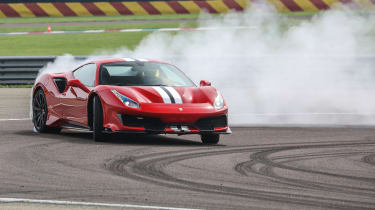 To take the ‘International Engine of the Year’ crown, the flat-plane V8 edged out some formidable nominees, each of which emerged as winners from various subcategories defined by engine size, energy source(s) or qualitative measures.

Porsche’s turbocharged 3-litre flat-six, as used in the 991.2, was runner-up, sandwiched between the 488’s V8 and the naturally-aspirated, 6.5-litre Ferrari V12, found in the 812 Superfast and the GTC4 Lusso. Other notable performance engine placings in the International Engine of the Year category were Audi’s turbocharged 2.5-litre five-cylinder from the Audi RS3 and TT RS, and the VW Up GTI’s 999cc turbocharged three-pot.

Praising Ferrari’s forced-induction unit, Dean Slavnich, co-chairman of the International Engine of the Year Awards said: “With its V8, Ferrari has demonstrated that even the most discerning of car buyers want smaller, more efficient engines. Indeed, the turbocharged engine’s blend of heart-thumping performance and glorious Maranello rumble has made it unbeatable not just for the past three years, but also when pitched against the best of the past two decades.”

To mark the 20th installment of the awards, the organisers devised a ‘Best of best’ category to chart iconic engines from the preceding two decades. Again, the 3.9-litre came out on top, in spite  of the competition, beating Mazda’s last-of-the-line Renesis rotary engine, BMW’s magnificent 3.2-litre straight-six (S54), and Honda’s 1-litre IMA hybrid powertrain from the first-generation Insight. 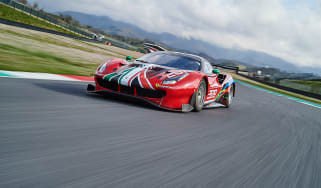