Eight cars, six judges, five days and one epic test – eCoty is back to find out which of 2018’s most exciting new cars is the very best of the best. Like last year, we’ll be naming a winner for each class of performance car – ten in total, from supermini to supercar – but we’ve also returned to a multi-car test format to help us identify our overall winner.

Ranging from a 113bhp Volkswagen city car, right through to Maranello's fastest and most capable 710bhp mid-engined supercar, the selection we’ve brought together is evidence of the rich tapestry of today’s performance car scene.

Among our eight contenders there are two examples each of turbocharged three-, four-, six- and eight-cylinder engines. Meanwhile half of the cars have manual gearboxes and the other half dual-clutch transmissions. And the average horsepower figure is just over 400bhp, which is lower than in recent years, but as more huge-horsepower supercars breach 600bhp or even 700bhp, it’s good to see that cars with more exploitable levels of power are able to capture our interest. 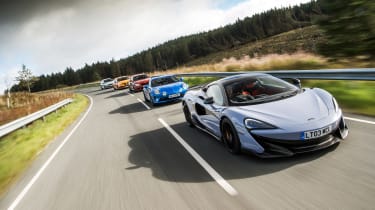 So with the cars gathered on location on the Scottish Borders, our route is set, tanks filled and awful service station sandwiches packed. It’s time for eCoty 2018... 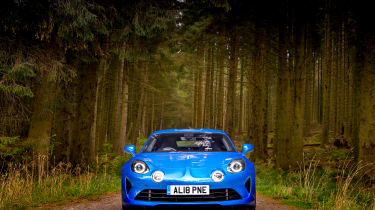 It was the return of a great nameplate, which adorned a compact, mid-engined sports car that seemed to put outright speed and racetrack-pace to one side for the benefit of the on-road driving experience. The A110 blew us away on its launch, and this despite parent company Renault’s comparative lack of experience in building cars of this type in recent years. Put simply, it was impossible not to include the Alpine A110 in the running for 2018.

> Click here for our review of the Alpine A110 review

You might remember the original M2’s poor showing at its eCoty outing – shining in isolation, but ultimately falling short when compared with the best performance cars of 2016. But the M2 Competition, rather than just being a subtle nip and tuck, seemed to address our criticisms by fitting a swathe of proper M division components, giving the car more intent and focus. Will this upgraded M2 disappoint, or is this redemption time for BMW? 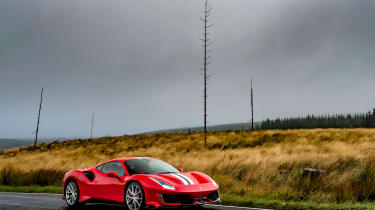 We might just need to pause for a moment and remember the brilliance that was the 458 Speciale. A car that immediately reserved its place in the dream garage for many an eCoty judge, the Speciale was on another (flat) plane when it came to driver involvement and the buzz of its responses. Will Ferrari’s turbocharged successor, the 488 Pista, be able to live up to the Speciale – not to mention its increasingly threatening McLaren rivals?

> Click here for our review of the Ferrari 488 Pista 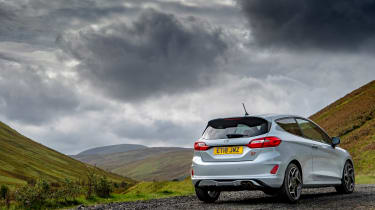 From a bona fide supercar to a supermini with an asking price below the cost of optional paint on a Ferrari. The new Fiesta ST had just as much riding on its shoulders as the Pista when it replaced its sparkling predecessor, especially as it was doing so with a new three-cylinder (rather than four) engine up front. Thankfully it proved immediately impressive against its rivals, but will the Ford wilt in the shadows cast by the supercars on this test? 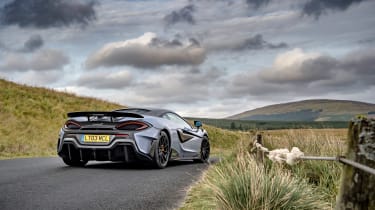 The McLaren 600LT comes into eCoty 2018 riding a wave of momentum after the marque’s first eCoty crown with the 720S last year. The 600LT is a different beast though: harder, smaller, and more focused. It has a real shot of making it a back-to-back victory for Woking, and based on initial impressions of the latest LT on road and track, the other contenders should definitely be looking over their shoulders. 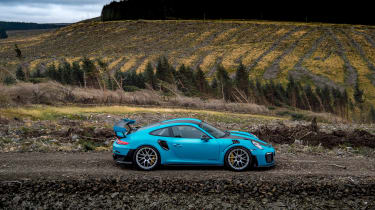 The GT2 RS is the most aggressive, powerful and capable 911 of the 991.2 generation, the ultimate 911 until now, and the furthest Porsche has yet pushed its rear-engined layout. As it draws ever nearer to true hypercar performance, is this a 911 too far or an expression of how brilliant the basic 911 package really is? It sure has a lot to live up to. 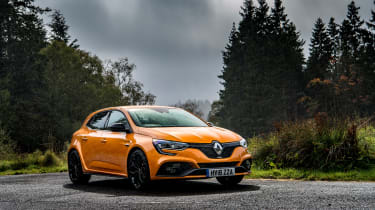 As one of the most eagerly anticipated new arrivals of 2018 year, the Mégane RS enters eCoty with Renault’s reputation as the hot hatch manufacturer to beat at stake. The Mégane RS showed promise upon its launch, and came within mere moments of usurping the Civic Type R earlier this year in an evo Supertest, but will it thrive amongst 2018’s best at eCoty?

> Click here for our review of the Renault Megane RS 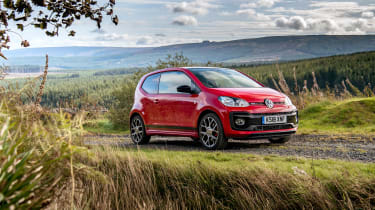 The Up GTI sets an eCoty record before it even turns a wheel in anger, sporting as it does the lowliest starting price of an eCoty contender ever. Don’t be fooled by the diminutive VW’s almost commonplace appearance, though. It may only have 113bhp from its turbocharged three-cylinder engine, but the Up GTI’s ability to thrill is not limited by its inherent power or dimensional limitations. Prepare to dust off the ‘giant killer’ rosette.