The mk2 Vauxhall Astra VXR gets a brawny 276bhp turbo engine and lots of impressive technology. Enough to make it a great drivers' car? 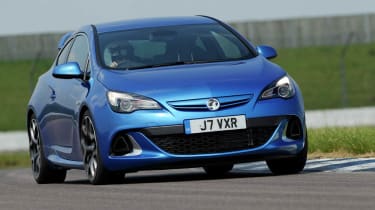 What is it? The new Vauxhall Astra VXR, rival to the Volkswagen Scirocco R and new Ford Focus ST, as well as our favourite big hot hatchback, the Renaultsport Megane 265. It boasts a similar coupe look and costs from £26,995. Technical highlights? Its 2-litre turbocharged four-cylinder engine possesses the usual VXR muscle, with 276bhp and 295lb ft sent to the front wheels – figures that are currently class leading. And when you delve into the spec sheet for the new Astra VXR, beyond the initial go-to 5.9sec 0-60mph figure and those big-numbered outputs, it gets even more impressive. There’s a proper, mechanical limited-slip diff between the front wheels. There is HiPerStrut front suspension – Vauxhall’s equivalent of Ford’s RevoKnuckle or Renault’s PerfoHub – to reduce torque steer. The adaptive dampers are by Sachs, the brakes by Brembo. Most telling of all, however, is that the steering is hydraulically rather than electrically power-assisted. What’s it like to drive? Accelerate hard and there’s a harsh rushing noise, like air being ripped violently through a pipe under high pressure. It’s a sound I first remember hearing in a 997 Turbo and then again in the Megane R26.R, and while it’s not an aurally attractive soundtrack, it is becoming something of a signature tune for purposeful, turbocharged cars. Strangely, though, the blown 2-litre engine is perhaps the least impressive part of the VXR. There is very noticeable turbo lag below 3500rpm, so you have to really work the gears through slower corners, the engine not quite having the flexibility that its 295lb ft of torque suggests it should.  Keep the engine on the boil, though, and you can cover ground at an astonishing rate. What’s more, the VXR soaks up bumps and broken tarmac in a way that you simply wouldn’t credit given our test car’s huge 20in wheels and 35-profile rubber. There are three dynamic modes that you can select - Normal, Sport and VXR. These each progressively ramp up the steering weight, suspension stiffness and throttle response. What’s remarkable is that although you can clearly tell the difference and feel the benefits of each distinct step, you can happily drive a fast lap of the Ring in Normal and not feel all at sea, yet also drive down a bumpy B-road in VXR mode and not feel like you’re in a fight to the death.  How does it compare? As you’ve probably gathered, the Astra VXR is an impressive car. At 1475kg it is heavier than our current favourite full-size hot hatch, the Megane 265 (1387kg), and you can feel that it isn’t quite as lively and light on its toes as a result, but the flip side is that the Vauxhall is arguably a more habitable everyday car than the Renault. It’s over two grand more expensive, though, and we’ll reserve full dynamic judgement until we’ve got our hands on the Astra on UK roads. Anything else I need to know? The look you see in these pictures is not standard; the larger wheels, bi-plane rear wing and side skirts are all part of an Aero Pack that adds £995 to the base car’s £26,995 price tag. Something approaching 90 per cent of UK orders placed so far include it and understandably so, because the VXR looks good with it but a little too restrained without it. 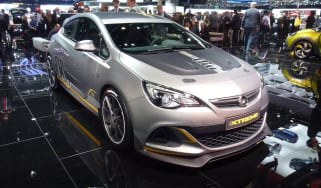 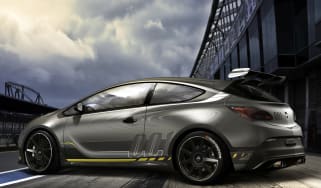 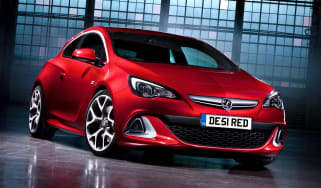 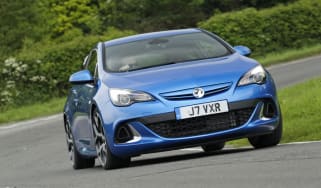 The Astra VXR is the latest in a long line of fast Vauxhalls. We take a look at the cars that influenced it.
Advertisement
Visit/vauxhall/astra-vxr/12360/vauxhall-astra-vxr-prices-and-specs 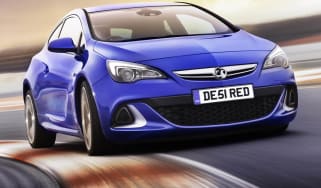 Vauxhall announces prices and specs for its fastest, most powerful production Astra hot hatch yet
Visit/vauxhall/astra-vxr/9895/special-vauxhall-astra-vxr-and-corsa-vxr 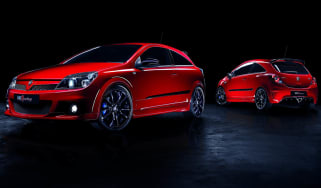 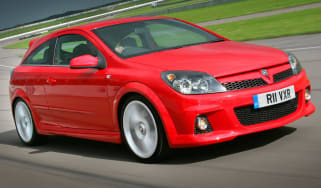 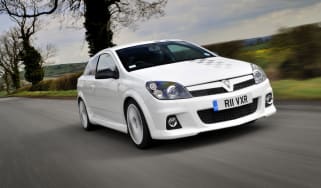 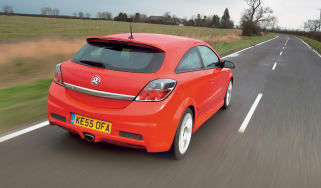 It’s been one long long-term test, but even after 15 months and 37,000 miles, Ian Eveleigh will still miss his Astra VXR
Visit/vauxhall/astra-vxr/8463/vauxhall-astra-vxr-fast-fleet 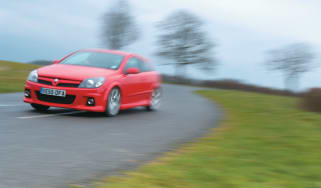 Ian Eveleigh is gutted that the Vauxhall Astra VXR's going back soon, just when the weather's starting to turn...
Advertisement
Visit/vauxhall/astra-vxr/8435/vauxhall-astra-vxr-fast-fleet 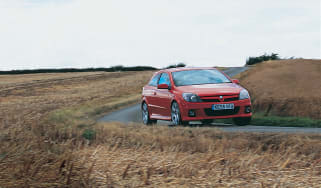 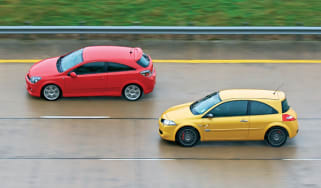 The Astra VXR's had a busy year, topped off with a thirsty month
Advertisement
Visit/vauxhall/astra-vxr/8362/vauxhall-astra-vxr-fast-fleet 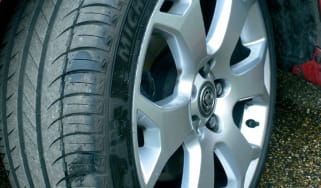 It's all tyre-talk with the Astra this month: 4 new ones, and the lack of a spare
Visit/vauxhall/astra-vxr/8333/vauxhall-astra-vxr-fast-fleet 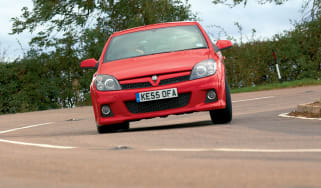 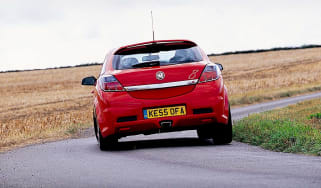 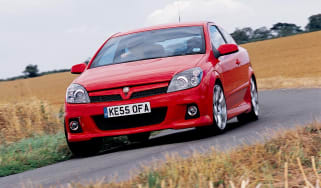 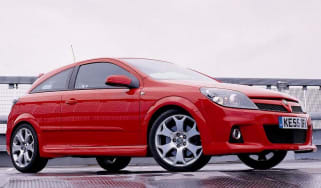 Hot hatches offer some of the best value for affordable performance. Step up Astra VXR...
Skip to HeaderSkip to Content