The new RS6 is the latest in a long line of Audi super saloons, started in 1994 with the launch of the five-cylinder 315bhp RS2. 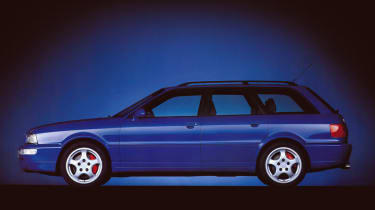 The recently unveiled Audi RS6 Avant is the latest in a long line of Audi RS cars, first started back in 1994 with the launch of the giant-killing RS2 - a 315bhp Porsche developed model, based on the existing S2 Avant. The estate body was reportedly agreed upon as reassurance Porsche that it wouldn't prove to be a threat to any of their sports cars, and thus the legend was born.

Since then, Audi's RS range has grown to include extreme variants of most of the company’s models, from the hatchback A3 to the executive-class A6.