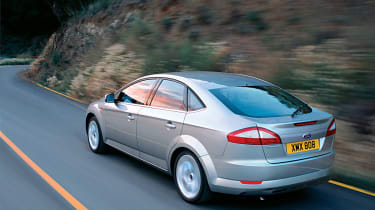 Mondeo is not a sexy car name. Nor is telling people that you drive one a good way to make girls swoon, casual acquaintances gasp or small nations revere you as a God and plaster your likeness across a range of commemorative postage stamps.

Which is a shame, because ever since the very first Mondeo of 1993, it has been a car that has managed to bring genuine driving joy to an otherwise pretty grey part of car world. It’s never been a car to make you furiously count the pennies as you dream of the day you can afford one, but every time you got the keys to a Mondeo – probably from your fleet manager or a rental desk – it made you remember just how good it was. Ford Mondeo, we salute you as the thinking driver’s rep car.

This, of course, leaves the new Mondeo with some big, if underrated, shoes to fill. And the first way in which it attempts to fill them is by being, well, big. Bigger in fact than the old Scorpio exec car. Oh dear, you’re thinking, if it’s become so massive, that’ll be the razor-sharp driving pleasure out the window, especially when, in the blurb for this car, talk of dynamics seems to have taken second place to repeated use of the word ‘premium’ to the point where the word becomes meaningless.

The styling, that’s ‘premium’ (actually it’s a bit heavy around the rear three-quarter, although the estate is rather handsome), the cabin is ‘premium’ too (in this case ‘premium’ meaning spacious, pleasant, apparently well made), and the options… here comes the P-word again (the Mondeo is built on a Ford family platform whose kit of bits comes in part from Volvo, hence they can use cool stuff like radar cruise control from the Swedish suite of electronics).

On a superficial reading you might be forgiven for assuming that the object of the new Mondeo was to make a big, comfy car. And actually it is just that. But don’t worry, because it’s also simply brilliant to drive. Despite its size it hustles along with agility and poise, flowing down twisting, swirling, crusty mountain roads with an effortless but involving pace that makes equivalent Peugeots, Vauxhalls or Renaults feel leaden.

There’s no great secret, no radical engineering behind this, just careful attention to detail from a team that clearly understands the importance of things like precisely matched control weights. As part of its platter of techy options you can have the Mondeo with switchable dampers, but it’s a tribute to the quality of the ride/handling balance on the sports suspension of this Titanium model that the computerised set-up is frankly unnecessary. Linear steering, massive grip, sturdy brakes – a class act all round.

It’s not just the chassis either, because the turbocharged 2.5-litre five-cylinder engine is pretty special too, quieter than it is in the Focus ST but no less gutsy. If you want to run it to the red line it’ll play along, but if you’re feeling lazy you can leave it in gear and it’ll torque you along without protest. Put engine and chassis together and you’ve got a brilliantly matched combo of poise and – being ultimately quicker than the old Mondeo ST220 – decent pace.

And will anyone care? Probably not, because yer average disinterested punter will still lust after something German with a posher badge even though this car is almost certainly nicer to drive than pretty much any Audi bar the RS4. Instead the Mondeo will carry on doing what it’s always done, pleasing people who aren’t badge snobs and those who don’t have a choice. In a world of Little Chefs, it’s a secret slice of haute cuisine. 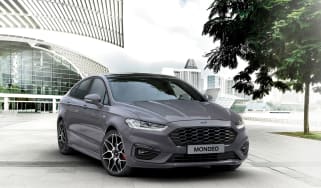 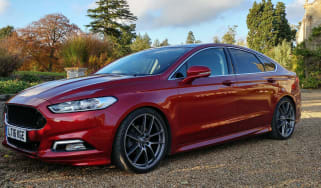 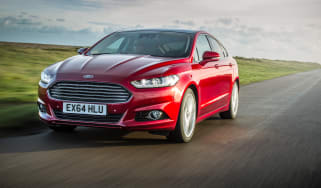 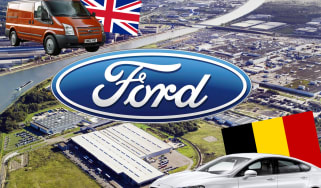 To stem rising losses in Europe, Ford has announced the closure of its Belgian car factory in Genk, as well as two factories in the UK
Advertisement
Visit/ford/mondeo/12724/2013-ford-mondeo-revealed 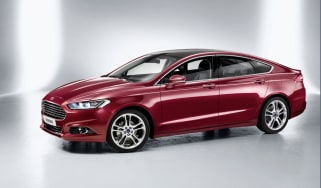 Ford's new mid-sized saloon has been unveiled ahead of its Paris motor show appearance.
Visit/news/evonews/285973/shelby_gt500_debuts_at_goodwood.html 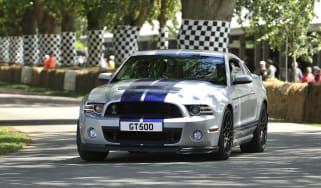 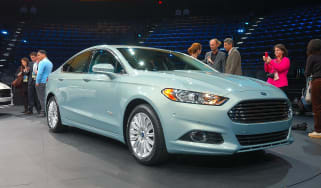 Unveiled in Detroit, this is the all-new Mondeo, due in Spring 2013. Full details and pictures
Visit/ford/mondeo/11296/new-ford-mustang-boss-302 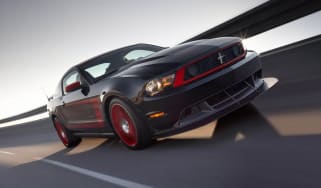 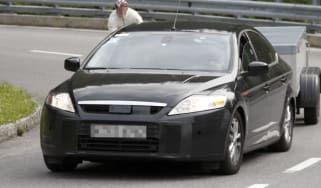 Crossing the Alps, we stumbled across this prototype of a Ford Mondeo, likely to be introduced next summer
Visit/ford/mondeo/7571/ford-mondeo-st-tdci 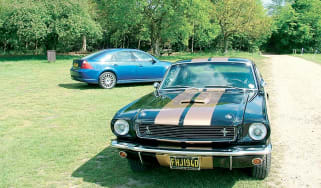 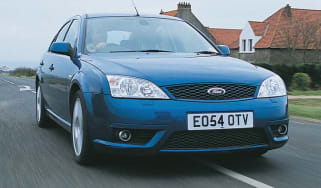 The welcome arrival at the Buckley household of the Mondeo ST has coincided with the arrival of another fine Ford, a 1970 Zodiac MkIV estate - that's …
Visit/ford/mondeo/6280/ford-mondeo 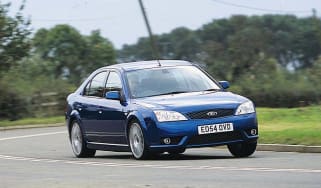 It's got skip-loads of torque, hits 137mph and looks good, but is the diesel ST genuinely sporty?
Advertisement
Skip to HeaderSkip to Content