All the stars and highlights from the 2013 Los Angeles motor show, including the Jaguar F-type Coupe and Porsche Macan SUV 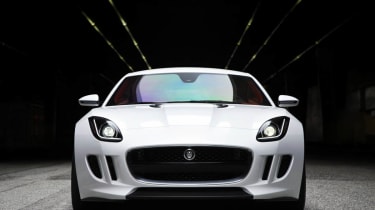 The 2013 Los Angeles motor show opens this week. It takes place at the same time as the Tokyo motor show on the other side of the world, so needs to do its utmost to compete with Japan’s show stars such as the new Nismo GT-R.

Happily, there is plenty from Porsche, Jaguar and even Subaru to keep us interested. Click the car names below to read more and see picture galleries.

Jaguar F-type CoupeEver since the gorgeous C-X16 concept car appeared in 2011, we’ve been waiting somewhat impatiently for the F-type Coupe to come along. Two years later, this is it.

Porsche MacanWe’ve been a little less impatient for Porsche’s sub-Cayenne SUV, but it promises to be so much more than just a rebadged Audi Q5. All the latest information is here.

Mercedes SLS AMG Final EditionIt’s only been on sale a few years, but the SLS is bowing out a little earlier than expected to make way for a smaller, 911-rivalling sports car. Say farewell this way.

Mercedes AMG Vision Gran TurismoDespite the wild styling and nods to Playstation games, this is our clearest look yet at what the Mercedes SLS replacement will look like. Good, seems to be the answer.

Mercedes S65 AMGBored of fast Merc AMGs yet? Here’s another, a twin-turbo V12 limo just asking for a role in a spy movie car chase.

New Mini Cooper and Cooper SMore powerful, more loaded with tech but kinder to the environment. The third-generation BMW Mini is also notably bigger than before, too…

Subaru WRXLA is set to see the production version of Subaru’s new WRX sports saloon. The big question is, though, will it make it to the UK?