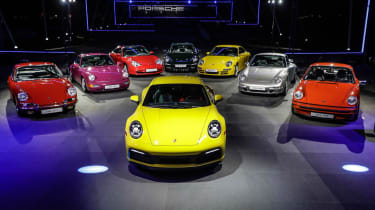 Have you ever tried to explain the Porsche 911 to a normal person? It’s fiendishly complex, littered with historical faux-pas, mis-information and rumour, yet it’s also one of the car-world’s most important automotive genealogies – and for good reason.

Not only is the 911 ‘the’ quintessential sports car, it has also consistently been a yardstick for performance cars throughout its over 50-year history, constantly redefining our expectations in performance, handling and interaction, the latter being of crucial importance in these pages.

So where did the 911 come from, and on the dawn of an all-new ninth generation model (itself a controversial claim), how does it retain its relevance when so many before it have fizzled over time? This is how and why this seemingly compromised sports car came to rule the world.

Ferdinand Porsche, the company’s founder and namesake, started Porsche GmbH initially as an engineering firm, which consulted to other German automotive manufacturers from 1931. One of these early manufacturers was Volkswagen, which was in the midst of developing its ‘car of the people’, the Beetle. As the Second World War broke, along with many manufacturing companies in Germany, Porsche’s business interests turned to the war effort, in the process co-developing various vehicles used in the war, including the Beetle’s wartime derivative the Kübelwagen. At the close of the war, Ferdinand Porsche was charged with war crimes, eventually being imprisoned by the Allies.

It was during this time that Ferdinand Porsche’s son, Ferry Porsche, developed the 356, a model that would be the first to feature the Porsche badge. Due to the shortage of parts and engineers, the model was developed using components borrowed from the Volkswagen Beetle, resulting in the 356’s rear-engined layout, air-cooled engine and swing rear axle. The 356 not only played a pivotal role in Porsche’s development as a sports car manufacturer, but also its role in underpinning the basic layout found in the Porsche 911, one that carries right through to the all-new 992.

After success in motorsport with various derivatives of 356 and the 550 Spyder, when time came to replace the 356 in the early 1960s, it was the 911 that was put into production, based on that same rear-engined, air-cooled, horizontally opposed layout that proved its worth in the decade before. So, the 911 was born, sort of. 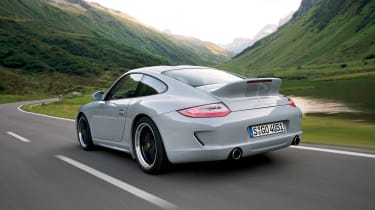