When the 991 arrived, Porsche announced that the formula would once again be changed up to keep up with rivals from Audi, Aston Martin and Ferrari. As a result, the 991’s significantly wider body and longer wheelbase had been designed from the outset to increase front-end grip, while the new electric power steering system and a new seven-speed manual were incorporated to reduce fuel use.

Standard Carrera and Carrera S models held onto the same basic direct injection engines introduced on the 997.2, but it was the GT3 and GT3 RS that would give up the racing-derived units for one based on the standard flat-six. Despite this, the sky-high rev-limit of close to 9000rpm kept the GT3 exciting, despite its adoption of a PDK-only gearbox. Later 911 R models introduced a new six-speed manual option, but the car’s limited-run status quickly made it one of the most desirable 911s yet, with examples reputedly changing hands for up to £800,000 at its peak. 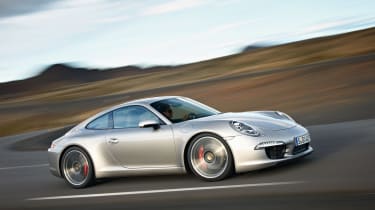 The 991 GT3 RS was the first GT3 model to use the wider Turbo body, as well as rear tyres borrowed from the 918 Spyder hypercar. It also featured a larger 4-litre flat-six that may not have reached the 9000rpm rev limit, but bulked out the mid-range with more usable torque. Turbo models continued to push the boundaries of acceleration times, but further approached a GT-like route rather than a scintillating track day weapon like the GT3.

The 991.2 update introduced a new turbocharged 3-litre flat-six engine to Carrera models, bringing some extra mid-range punch, if at the cost of the previous model’s wonderfully resonant exhaust note. The 991.2 GT3 returned to offering a manual transmission option, albeit attached to a ‘Touring’ package that removed the tall rear wing and option of the weight-saving Clubsport pack. The GT2 RS was also reimagined for the 991.2, combining a 690bhp engine with rear-drive and a PDK gearbox. 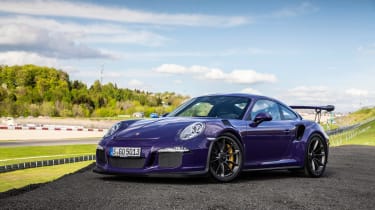 As in the 997, the 991’s end-of life special edition is a low-roof Speedster model, this time based on the more serious underpinnings from the GT3, as well as a re-imagination of the 935 ’Moby Dick’ racer and the luxury Turbo S Exclusive.

The all-new 992 911 is set to revolutionise the 911 all over again, with a totally new interior and astonishing performance figures, even on more basic Carrera models. It’ll also be the first 911 with some form of hybridisation later in the model cycle. For the full rundown on the new 911, read our in-depth look from the 2018 LA motor show. 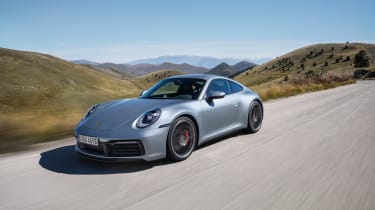