It's a quicker Porsche 911 Carrera S, but the price is a bit steeper 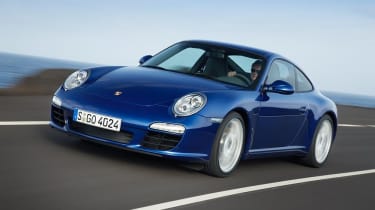 Three hundred and seventy-five pounds per bhp. Not that you have a choice of how many bhp you would like from Porsche’s Powerkit for its 911 Carrera S. You get an extra 22 and they cost £8241.

You can talk it up by saying it’s the engine from the exclusive £137,529 911 Sport Classic and features a carbonfibre airbox, tweaked engine management, new cylinder heads and a sports exhaust, but you’ll have trouble convincing anyone it’s good value for money.

Negligible the power gain may be, but this is still a naturally aspirated 911 with more than 400bhp and over 105bhp per litre, and that makes this a very rapid car indeed. Quicker than a standard Carrera S? By 0.1sec to 62mph, says Porsche. It’s too close to call, says I.

What it does have is a very robust midrange, the sort that makes mincemeat of the leggy gearing (third is good for 110mph-plus). However, the upshot is that there’s no need to go to the top end of the rev-counter, so you end up driving it more like a 911 Turbo and surfing the torque plateau. In the standard Carrera there’s a reason to hold on for the last 1000rpm, but here there’s little sense of the engine building up to a crescendo. It’s very linear, but somehow less satisfying. 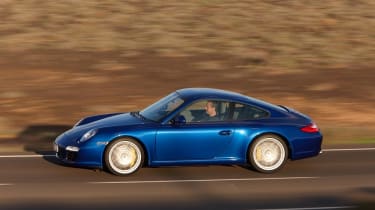 With no appreciable difference to noise or character, the Powerkit adds too little to the 911 experience. Further evidence that the most basic 911s tend to be the most rewarding.