The new VW Passat 1.8 TSI is claimed to combine performance and economy - but can it deliver on either? 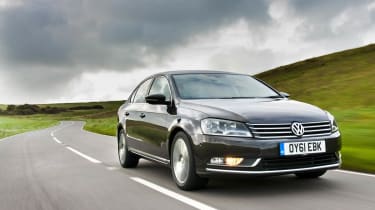 Despite being an enormous sales success throughout its numerous generations, the Volkswagen Passat has only risen to deliver evo-levels of excitement. The last-cycle Passat R36 was an amusing Q-car, and the W8 engine that was briefly fitted to the iteration before that managed to combine 275bhp with styling that would see it lost in a rank of minicabs.

But when the current version launched last year, driving thrills were conspicuous only by their absence. Which is why we were (mildly) intrigued by the arrival of a new 158bhp 1.8-litre turbocharged petrol engine to the range, claimed to offer the combination of upper-warmish performance – 136mph and 0-62mph in 8.6 seconds – plus almost-diesel fuel economy of 41mpg on the official test.

Could this be a genuine alternative to the default rep-spec TDI?

There’s nothing new about either the Passat or the engine, simply the union between them. The 1.8-litre TSI motor is already a familiar performer from elsewhere in the VW group, powering the basic Audi TT among others. Mechanically conventional, it uses direct injection and a single turbocharger and has been tuned for low-range torque, producing its peak of 185lb ft at a very diesel-like 1500rpm. The Passat shares most of its suspension with the previous generation, being based on what’s basically a stretched Golf floorpan.

Forgive the horrendous cliche, but the TSI-equipped Passat really does prove itself to be a car of two halves.

The engine is a peach. It’s smooth, punchy and – given forced induction - surprisingly keen to rev. Peak power arrives at 5000rpm, but the TSI spins smoothly beyond that without the feeling of breathlessness that often afflicts modern eco-tuned petrol turbos, feeling nearly as keen as the bigger 2-litre TSI that powers the Golf GTI. The flat torque curve also means that there’s solid urge available pretty much throughout the rev range, giving a diesel-like surge for overtaking, and the engine is also happy to pull very tall gearing (2200rpm at 75mph in sixth) without complaint.

Sadly, the rest of the Passat experience falls short. This is an almost relentlessly competent car when it comes to making refined, relaxed progress – it’s small wonder you see so many of them filling the middle lanes of the nation’s motorways. But you’ll search in vain for any measure of excitement in the big Volkswagen’s dynamic repertoire, with feel-free steering, indifferent front-end grip and nothing but dull, steady understeer when you find the lowish limits. It’s a shame: the old R36 showed that there’s a half-decent drivers’ car buried somewhere in the Passat, but this isn’t it.

To be honest, the petrol Passat’s biggest rival is almost certain to be its diesel-powered sister. The TSI is £2200 cheaper than the equivalent 168bhp 2-litre TDI in ‘Sport’ trim – a useful saving, even factoring in the oiler’s official 61.4mpg. Presume for the sake of argument that both cars can deliver on those economy numbers – and on our experience the petrol got impressively close – you’re looking at nearly 50,000 miles before the diesel justifies its higher pricetag. In our book, that’s a win for the petrol.

Over nearly 600 miles of cruising we managed 43mpg, according to the Passat’s trip computer. Even under rapid, everyday use the TSI still seems capable of returning mpg in the high 30s. 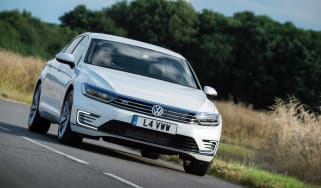 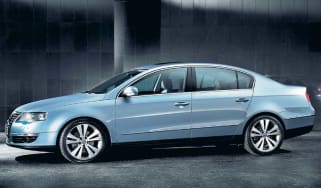 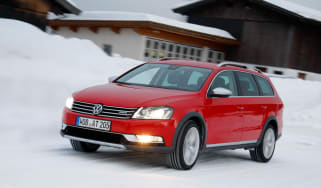 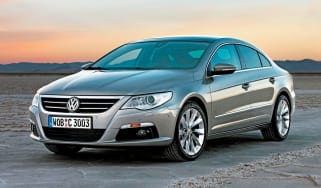 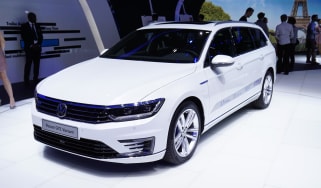 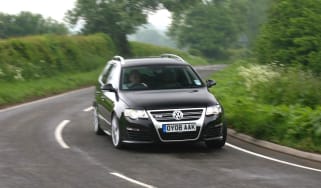 It could be a junior RS4 – but is it really?
New VW Passat saloon and estate, specs and pictures 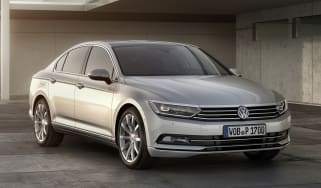 Volkswagen has shown the new Passat in saloon and estate form, ahead of the model's launch at the Paris motor show later in the year
Volkswagen Passat Performance Concept 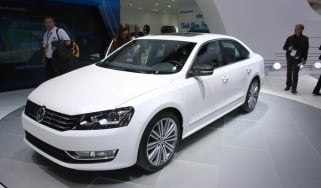 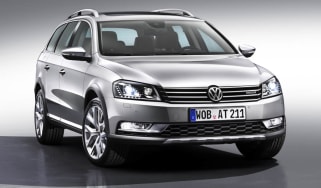 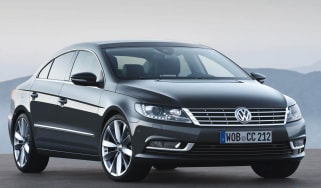 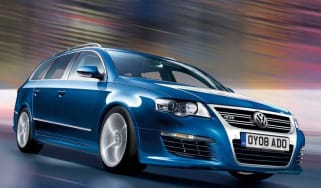 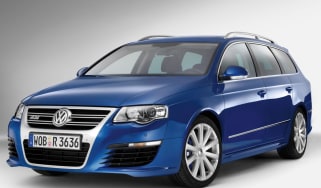 Hot Passat has 296bhp 3.6-litre V6 and 4wd
Skip to HeaderSkip to Content