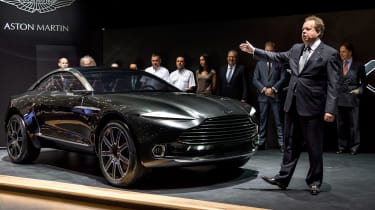 Aston Martin has confirmed Dr Andy Palmer has left the company and is to be replaced by Tobias Moers, the current  CEO of Mercedes’ performance division AMG. Palmer’s departure comes following significant losses in 2019 and a fall in the company’s share price of £19 when it launched in the stock exchange in 2018 to just 35p on the day of Palmer’s departure.

Tobias Moers will join Aston Martin on 1st August as Chief Executive Officer and will be based at Aston Martin’s Gaydon headquarters in Warwickshire. Chairman of the Board and CEO of AMG since 2013, Moers has grown AMG into a dominant force within its sector with performance variants of nearly every Mercedes-Benz product from the A to S-Class.

Under Moers AMG also launched its first bespoke models, the AMG GT range and had also planned an F1-engined road car, the Project One to rival Aston Martin’s Red Bull developed Valkyrie. While Aston, prior to Moers appointment it has to be said, remains committed to the Valkyrie, AMG has faced a number of significant development issues with Project One and its future is uncertain. More so now Moers will no longer be there to drive the project forward.

Moers’ appointment is the first significant step taken by Lawrence Stroll since he took a significant stake in Aston Martin, investing heavily in February 2020. In a statement the Executive Chairman said: “The Board has determined that now is the time for new leadership to deliver our plans.” 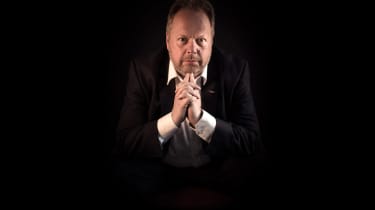 Following his departure Andy Palmer tweeted: “It has been an honour and pleasure to be part of the Aston Martin family and  to have worked alongside some exceptional women & men. Thanks also to our customers and followers. Aston Martin exists because you believe, as I do, that this company represents something special. Thank you.”

Those plans are contained within the revised Second Century plan that Palmer worked tirelessly to produce during his tenure. They have already seen the overhaul of the sports car range, the announcement of a family of mid-engined supercars with new Aston Martin designed and built six-cylinder engines, the company’s first SUV in the DBX and a plan to relaunch Lagonda as an all-electric luxury car brand.

Since Stroll’s investment in the company the Second Century plan remains largely unchanged, with only the plans for an electrified Lagonda put on indefinite hold. 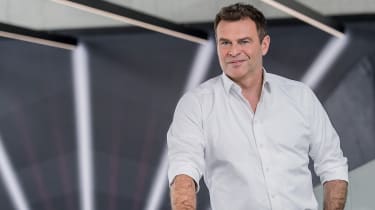 Palmer’s legacy and what went wrong

When Andy Palmer joined Aston Martin in 2014 he arrived at a company that had enjoyed a moderate period of renaissance under former CEO Ulrich Bez. A family of sports cars had brought Aston into the early 21st Century with the elegant DB9, punchy Vantage and mighty Vanquish providing the company with a desirable mix.

However, Palmer was under no illusion that all three needed replacing and that Aston’s survival hinged on the company competing outside of its comfort zone with a wider product portfolio and appeal.

Palmer’s Second Century plan was the machine to drive Aston Martin forward. The new DB11 was the first of the new cars to arrive in 2016 quickly followed by the Vantage in 2018 and DBS Superleggera later in that same year.

And then came Geneva Motor Show 2019 and Palmer and Aston Martin’s bold roll of the dice. The three new mid-engined supercars were lined up alongside Valkyrie and Valkyrie Pro (the track only edition), with a gargantuan Lagonda concept at the rear of the stage. The show stand was vast, the array of products on display a show of strength that Aston was serious. For some, however, it was all a bit ‘Dany Bahr-Lotus Paris 2012’. And just as we asked on that fateful day in Paris how Lotus was going to pay for its five new cars, the same question was asked of a freshly minted Aston Martin, flush from its IPO six months earlier.

Unfortunately for Palmer the markets didn’t share his confidence, the share price dropped, cash became tight and dealers were asked to buy more and more stock at greater discounted prices. And all the time the car everyone felt Aston Martin needed was sat under wraps in Gaydon, the DBX not being seen in public until December 2019 when with great fanfare its vast new home - the converted St Athan Airforce hanger - was opened. We still can’t fathom why it wasn’t the headline car on display at Geneva nine months earlier. If it was, perhaps Moers would have been able to finish Project One rather than be preparing to hand over the first Valkyrie.