The biggest and the best wings, splitters and diffusers of this year's Geneva motor show 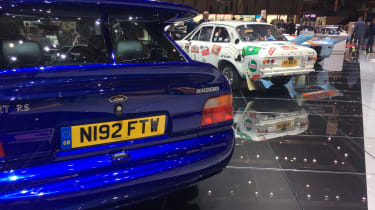 Large and exuberant wings are all most people think when they consider airflow and downforce, but a rear spoiler is usually part of whole suite of aerodynamic aids.

Many of the cars at this year’s Geneva motor show were perfect examples of comprehensive downforce packages. Here is our selection of the best aero devices at the show, and yes, it does including some whopping great wings...

Certainly not new, but the Escort RS could teach some modern supercars how to do a wing properly: make it big. Combined with the car's deeper chin spoiler it was designed to reduce lift from the standard Escort shell, and while it was said to increase drag, its other aero properties were of much greater concern on rally stages. 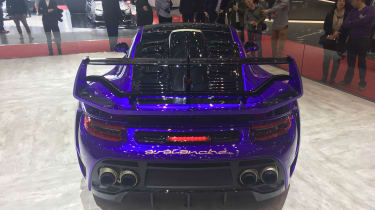 Nothing about the Avalanche is subtle, especially its wing. But what would you expect from Gemballa who has made its reputation from creating attention grabbing modifications? In fact the wing is so large and tall that not only is there another wing in the middle of it, it also makes the rear engined, 911-based car look like it has a short rear overhang. Quite remarkable.

> Read more about the Gemballa Avalanche 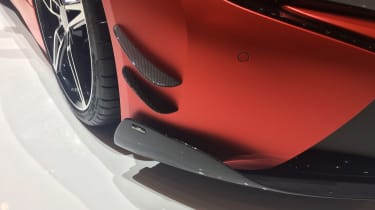 Both cars on the Schnitzer stand were sporting a set of twin dive planes at each front corner. Neither were quite as wild as last year’s ACL2, few things are, but it’s rare to see canards on a road car and always a pleasure.

> Read our review of the AC Schnitzer ACL2 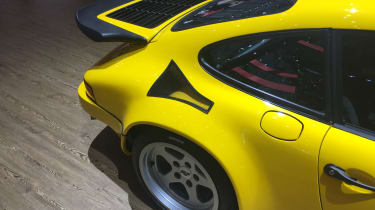 Ruf’s new 2017 CTR might have stolen the headlines, but it’s still the 30 year old original that has the nicer wing. Both are similar, but the black edges of the Yellow Bird’s whale tail that match the edges and mesh on the Naca ducts found on its haunches helps it take the win. 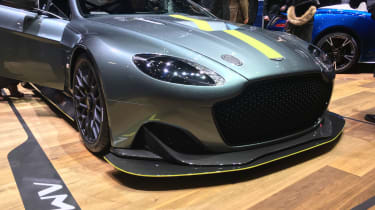 Bigger is better, or at least it is when it comes to wings and splitters. By those rules Aston’s new track car could easily take the crown for the best aero of the entire show. 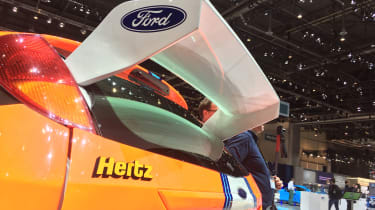 Much to the chagrin of the other manufacturers, all clamouring for attention, Ford turned up to the Geneva motor show with ex-McRae WRC Focus rally and rendered almost everything else slightly pathetic looking. In full Martini livery, the lift-reducing rear wing almost takes second place to the bright paintwork. 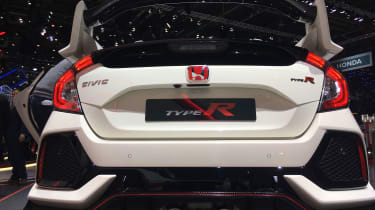 Without the worry of disrupting an elegant or stylish car (it's hard to describe the new Civic as either of those things), Honda hasn’t been subtle with the styling additions it has made to the latest Civic Type R. The huge rear wing, that’s almost as tall as the roofline, is a perfect example of this. 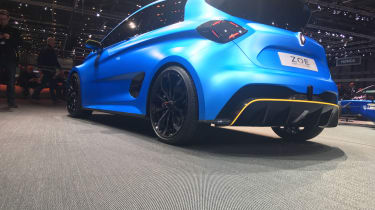 If you needed any evidence that the Zoe E-sport was more than just a hatchback or an eco-biased electric car, then then the carbonfibre diffuser jutting out the back should suffice. It's matched by a long, drag-reducing tailgate spoiler and a similarly-prominent front splitter. 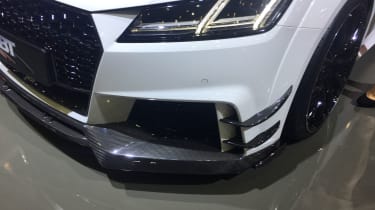 As previously mentioned, it’s always good to see dive planes on a road car. The ones found on Abt’s TT RS-R look like two shards of carbonfibre that have been lodged into the front bumper at high speed. 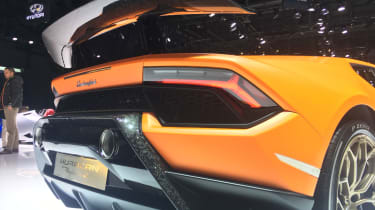 Although it looks like polished black granite, the Performante’s wing is actually made from a special carbonfibre composite. The material is light, strong and more easily formed than traditional carbonfibre. And if you live in Cheshire, it’ll match your kitchen worktop. 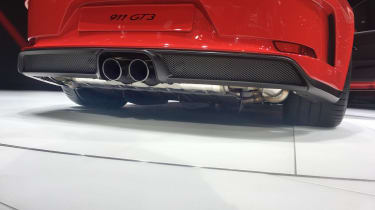 Duck down behind the 991.2 GT3 and you’ll spot the angled veins of the new diffuser. We trust Porsche when it says that it has helped improve downforce without adding drag but, honestly, we’re mostly hoping that it’s close enough to the ground to cause sparks to fly out the back when you go through a compression at any great speed. 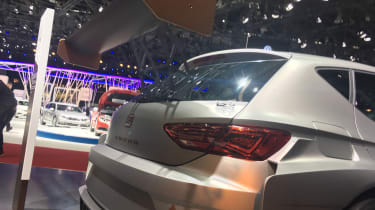 The Leon Cupra race car’s wing might not be quite as large as the Aston’s, but it isn’t far off. What it does have on its side though is that it’s top-mounted to leave the underside – the more important side – completely free of disruption to help generate even more downforce.