What to do when Ferrari launches its new F12 Berlinetta supercar? Drive it in the Italian hills 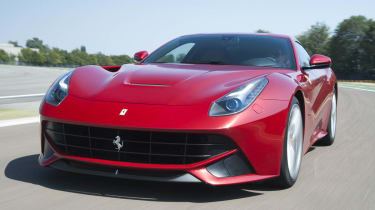 Jethro gets to grips with the Ferrari F12 Berlinetta below...