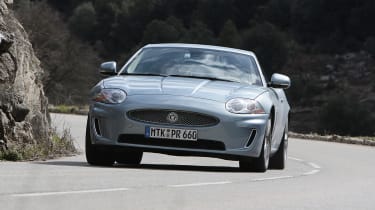 The new Jaguar XKR coupe is a marvellous machine. I’ve tried it on road and track, and for me it’s a pretty good supercar substitute. Its fitness for purpose is unimpeachable.

The XKR illustrates Jaguar’s move to a more overt performance feel very well. For the R-cars, this needed to be done. But, as part of this repositioning, the lesser XKs and XFs, the ones without 503 supercharged bhp at their disposal, also find themselves more hard-edged. Is this a good thing?

On the face of it, and given an evo mindset, you’d think it is. So I’m driving a regular XK, 380bhp available from its normally aspirated 5 litres, and I’m heading up the Col de Vence (as you do when a car launch is based near Nice). This is a clever engine, with a degree of camshaft sophistication not used, nor needed, in the blown version.

It goes like this. The actuators that vary the valve timing are powered by the torque generated by the camshafts themselves as the valve springs try to force the cam lobes to move round. Compared with the usual oil-pressure-fed system, this one responds more quickly and uses less energy. The inlet camshafts also have variable lift, using a hydraulic pin to lock the tappet in one of two shapes as needed to engage with one of two camshaft profiles.

The result is a torquey-but-revvy engine, potent and free-spinning. (Its internal friction is among the lowest in the industry, and it runs on 5W-20 oil, which is like water.) And it’s punching this XK up the Col with great verve.

But there’s a slightly artificial, hammery note under load, which isn’t particularly pleasant. And although this is not a hardcore XK, it’s pretty firm riding, even with the adaptive dampers in their gentler mode. There needs to be a bigger difference between the settings.

I turn the auto ’box selector to Sport. Now the engine is hanging on to lower gears for much longer than it needs to, even on a light throttle, thus throwing away the advantages of its ample torque. Sport should make use of revs when you’re going hard, of course, but not when you’re not. So on several counts this XK seems to have lost the relaxed grand-tourer feel it should surely possess as the mainstream model, the car that should epitomise the core Jaguar values of engine refinement and suspension that breathes over bumps.

I can forgive it all that as I power through yet another high-G mountain bend, DSC loosened (not as much as the XKR allows), tail edging out even if proper slides are off the menu. This is a fine car in itself, lighter and more lithe than the XF V8, and the cosmetic updates (new exterior vents and tail-lights, some new interior controls) work well. So does the ZF transmission’s quick-witted manual mode.

But I do wonder if the brand repositioning has gone a bit too far for the regular XK. Maybe there’s something American going on here, a notion that if you can’t readily drive cars fast then at least they can be made to feel sporty. Has Jaguar gone a bit too Germanic in its firmness? If so, that’s a shame.

A rare Jaguar D-type, unseen for more than 40 years, will make its public debut at the the Salon Prive Concours d’Elegance
Visit/jaguar/xk/13662/jaguar-xk-special-editions-launched 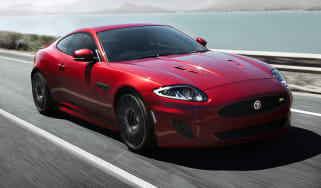 The Agera is the latest ’egg, and the R version is the fastest and most powerful
Visit/jaguar/xk/13425/a-z-supercars-koenigsegg-cc8ccxcxr 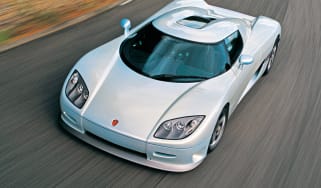 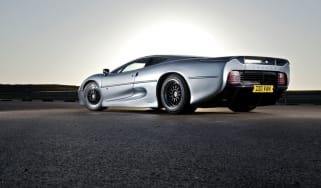 Vilified at birth, Jaguar’s XJ220 is now recognised as one of the supercar greats
Visit/jaguar/xk/13424/a-z-supercars-jaguar-xjr-15 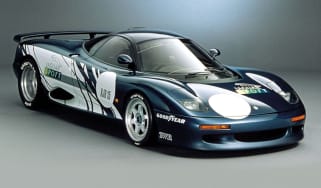 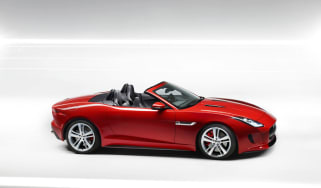 Jaguar F-type at the Paris show 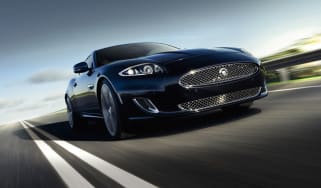 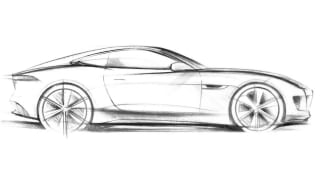 Jaguar unveils its all new small sports car concept. The C-X16 is set to rival the Porsche Cayman
Visit/jaguar/xk/9231/jaguar-xk-facelift 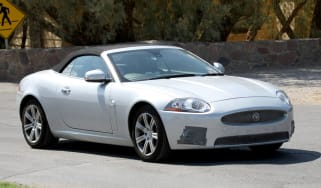 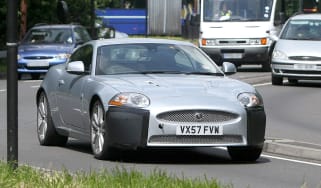 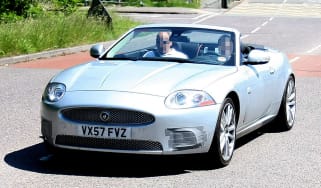 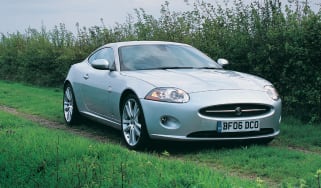 The Jaguar XK has gone back, and Peter Tomalin reckons it will be a hard act to follow, despite some persistent electrical niggles
Visit/jaguar/xk/8418/jaguar-xk 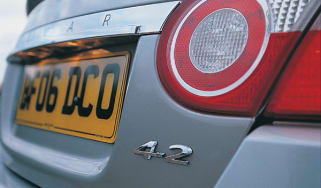 The Jaguar XK comes off second in a battle with some storm debris, but Harry's still impressed on a West Country cruise
Visit/jaguar/xk/8339/jaguar-xk 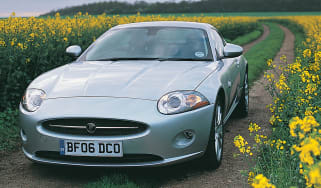 The Jaguar XK keeps getting better and better, despite an ignition glitch and a wallet-lightening service bill
Visit/jaguar/xk/8290/jaguar-xk 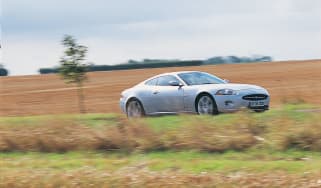 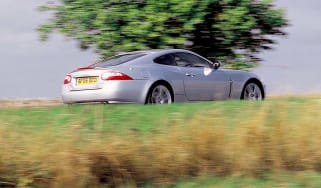 Peter Tomalin's still impressed by the Jag, and judging by the public's reaction, they are, too
Visit/jaguar/xk/7697/jaguar-xk 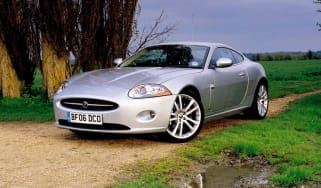 The Jag arrived on a chill grey Tuesday morning in early April. I didn't get much work done that day, largely on account of leaving my desk every ten …
Skip to HeaderSkip to Content