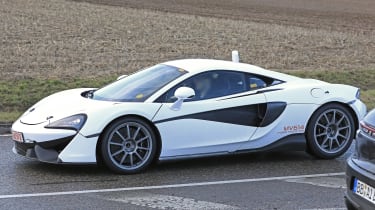 McLaren has been out testing its incoming replacement of it entry-level Sports Series models - the 540C and 570S. The new range will be revealed later this year, and feature an all-new exterior and interior design language and, for the first time since McLaren Automotive’s formation in 2012, its first series production hybrid powertrain.

Despite the familiar 570S bodywork fitted to the prototypes that have been caught testing, McLaren’s adoption of hybrid technology is part of its Track 25 strategy, which will result in 18 new McLarens, all of which to be offered with hybrid powertrains, arriving before 2025. 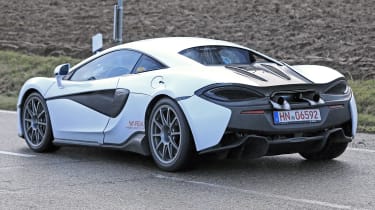 This new range of Sports Series McLaren road car are also expected to be the first fitted with a new engine developed by McLaren’s long standing engine manufacturer, Ricardo. The Sussex based engineering firm has supplied McLaren Automotive with its twin-turbocharged V8 engine since the MP4-12C was launched, but this new line-up of entry level McLarens is expected to feature a new smaller capacity, twin-turbocharged V6 engine that can also be equipped with a hybrid power pack.

On this prototype, the only visible changes are some extended sill just ahead of the rear wheel, and the makeshift placement of two high-mounted exhaust outlets, although the bodywork will be completely new for the production car. 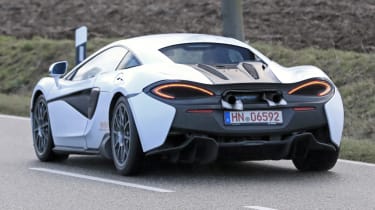 It is also expected that McLaren will use the introduction of the new Sport Series family to showcase a new interior design, that remains driver focussed but improves on the functionality and reliability of the current system.