Ferrari and BMW on the up, but smaller sports cars struggle 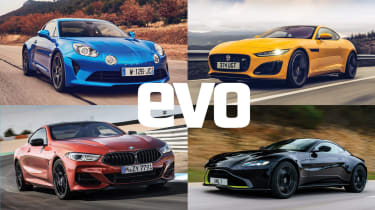 We already know that 2020’s figures will paint a very different picture, but 2019 was a success story for certain sports car brands as new arrivals made their impact and older models slipped further down the sales charts.

It was BMW that made the biggest splash in 2019, with the launch of both the new Z4 and the ramp-up of 8-series sales giving each car a dominant lead in its respective sector, while in the supercar segment Ferrari became the undoubted leader as sales of other key models faded away.

According to sales figures compiled by Car Industry Analysis, leader of the ‘classic cabriolet’ segment in 2019, which includes such cars as the Porsche Boxster, Audi TT and Jaguar F-type, all in roadster form, was the newly introduced BMW Z4. With 17,500 sales overall its sales are still minute compared to more popular family car and SUV sectors, but compared to just 8000 sales for the Boxster and 7500 for the ageing Mercedes-Benz SLC, the Z4’s novelty is no doubt a factor.

The same could be said of the 8-series, which made its debut in 2018 and has used 2019 to really come up to speed in the ‘executive coupe’ bracket. Some 7000 sales represented a 369 per cent rise and a 3000-unit lead on the S-class coupe – though again, it’s worth noting that neither is a huge number in the greater scheme of things. 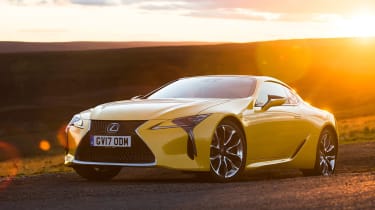 Alpine’s 5000-car A110 tally looked good too, though we already knew that has dropped for this year even ignoring the effects of Covid-19. We know too that the Audi TT is on its last legs, despite selling 12,000 cars, just 2000 fewer than Porsche managed to shift Caymans. Perhaps more impressive is the 4000 units Nissan sold of the now 11-year-old 370Z. While a 27 per cent drop, there are clearly buyers out there who still appreciate the back-to-basics sports car.

Lexus heads up the perhaps erroneously named ‘entry coupe’ segment with its LC, though by now the numbers are tiny: it leads with only 2700 units, and despite a 46 per cent year-on-year drop. Aston Martin’s Vantage went the other way, 209 per cent up to 2100 units (with an additional 100 previous-gen Vantages still finding homes).

And then there’s the ‘classic coupe’ segment, headed up – perhaps not surprisingly – by Porsche’s 911. At 23,000 cars it’s actually selling in bigger numbers to the Boxster and Cayman combined (22,000), again aided by a new model launch (the 992), and actually ahead of America’s favourite sports car, the Chevrolet Corvette on 16,000 units. With a new mid-engined Corvette it’ll be interesting to see 2020’s numbers, though current events will no doubt curtail its full potential.

Overall though the message could be considered grim reading. While some firms found success in 2019, 2020 could be a sea of red in the overall sales figures, and in a sector that’s already falling out of favour as buyers move into SUVs and crossovers as aspirational purchases.