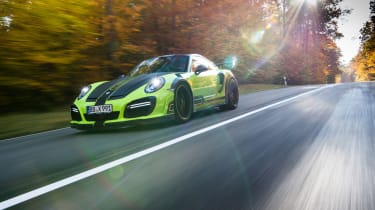 To write off TechArt’s GTStreet R as just a conspicuous, almost grotesque tool with which to attract attention would be a mistake. Its carbonfibre bodywork, massive double-decked rear wing, GT3 RS-style front wheelarch vents, wider arches and the new intake scoop atop the engine cover may all look exuberant, but this car has substance to back up its wild appearance.

The GTStreet R is based on the Porsche 911 Turbo S, and keeps that model’s 3.8-litre flat-six, seven-speed dual-clutch transmission and four-wheel drive. However, a remap, new turbos and a new exhaust liberate an extra 138bhp and 125lb ft of torque, pushing the totals to 710bhp and 678lb ft. The result is a claimed 0-62mph time of 2.7sec – 0.2sec quicker than Porsche’s figure for the Turbo S – and a top speed of 211mph (up 6mph).

> Read our review of the Porsche 911 Turbo 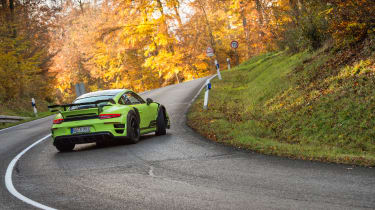 Inside, lime-coloured leather panels on the doors are matched by green stitching on the part-Alcantara steering wheel, dash and fixed-back carbonfibre front seats, while the rear seats have been replaced with a helmet holder and a bright green roll-cage.

As soon as you turn the key you’re introduced to that new exhaust. It’s louder than a standard Turbo S item, but rather than being unpleasant it joins with the Alcantara, the new seats and the roll-cage to infuse the GTStreet R with the same hardcore vibe Porsche’s GT models exude.

During normal driving the TechArt’s performance doesn’t feel remarkably different from that of a standard Turbo S. It’s incredibly fast, but also useable and friendly much of the time. Stretch the engine beyond 6000rpm, though, and the extra grunt makes itself known with a huge jolt forwards that the tyres struggle to contain. In a straight line it’s fun and addictive, and you tend to stay in the lower gears just to experience this energetic top end.

Turn into a corner with any verve and it soon becomes clear that the GT3-style sensations are more than just superficial. The front axle reacts immediately to steering inputs, and a lack of roll means there’s no slack even in quick direction changes. The steering is a lot more communicative than a regular 911 Turbo’s too, and there’s so much front-end bite that it’s rare to get close to the tyres’ limits through cornering forces alone.

But that brutal thrust isn’t so helpful when you’re trying to exit a turn in a controlled fashion. Stray into the top quarter of the rev range and the explosion of acceleration immediately makes the car want to swap ends. 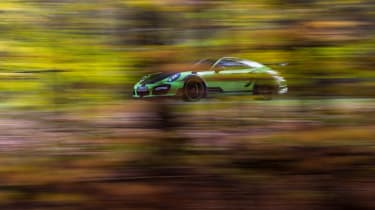 It’s so startling that you instantly lift off the throttle, but now the front axle can’t interject with a wave of torque and pull you cleanly away from the corner, as it would in a Turbo S.

But trust that reliable front end, stand on the throttle just a little bit later, and the acceleration, combined with a degree of corrective lock, work to straighten the car and then teleport you to the next bend.

The extra power alone could have turned the GTStreet R into an untameable beast, but TechArt’s chassis work gives you a fighting chance of managing the performance. It can feel ragged and borderline scary some of the time, but mastering the aggressive surge of thrust is incredibly satisfying. If you find a Turbo S or even, possibly, a GT3 RS too tame, this could be the 911 you’re looking for – albeit an eye-wateringly expensive one. 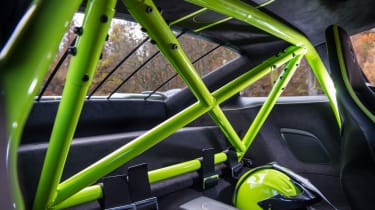 All in, including the Porsche 911 Turbo S donor car, a basic GTStreet R will cost £258,540. Then, only your imagination or the depth of your pockets will be the limiting factor when it comes to personalising it.

There’s one natural rival to the GTStreet R, and that’s Porsche’s new GT2 RS. The GTStreet R is even more expensive, by £30,008, than the GT2 RS equipped with the Weissach pack. The TechArt car also doesn’t have the same array of exotic materials as the Porsche, the same uprated hardware or the same Porsche Motorsport development. Yet still, the GTStreet R has 20bhp more.