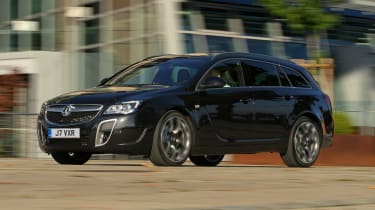 Its 321bhp 2.8-litre biturbo V6 doesn't have the 155mph electronic limitation of some more prestigious German rivals such as the Audi S4 and BMW 335i, and is wrapped in a shape that is both slightly prettier than before and very slippery. So it runs through to a claimed 170mph, allowing Vauxhall to boast, somewhat disingenuously you might think for those who don't regularly frequent unrestricted autobahns, that it's the fastest car you can buy in the UK for under £30k.

As before, there's adaptive all-wheel drive with a nominal front/rear split that, in normal running, sends a whopping 90 per cent of the torque to the front wheels though this switches to a more balanced 60/40 if you press the 'VXR' ('OPC' on our Opel-badged test car) button on the steering wheel. Doing this also stiffens the dampers, adds weight to the steering and tilts the throttle map so dramatically towards top-of-the-travel sensitivity it’s initially a little alarming.

Vauxhall says it has replaced or revised around 60 per cent of the components in the rear suspension, though the car's HiPerStruts which, it is claimed, prevent geometry changes during hard cornering, are unchanged from the previous model. But the ESP and adaptive damping software have been treated to some tweaking to reduce understeer.

The seats are great, the new infotainment system with its 8-inch touch sensitive screen and additional finger pad control far too sophisticated to go into here and the car is very nicely put together and finished.

In many ways, the VXR SuperSport Tourer is a likeable thing – fast, refined, comfortable and a pretty superb high-speed motorway cruiser. As a car to bond with on what should be a wicked stretch of road, however - thoughtfully, Vauxhall provided one on the test route – it still falls short.

Revealingly, the hillclimb-spec stretch in question was wet and greasy, conditions that should have played to the all-drive VXR’s strengths. But it was its undoing, its nose washing out on so many of the tighter turns at a far from breakneck pace there was no choice but to back right off. Engaging the VXR 60/40 torque split gave a slightly more neutral balance post (missed) apex under power but it all felt somewhat scrappy and not helped at all by the completely synthetic-feeling helm that refused to signal, in any way, the incipient front-end break away.

The six-speed manual transmission shift is punchy and slick but the long intermediate gearing slugs the 321lb ft of torque making the turbocharged V6 feel less muscular than it is. The muted engine note favours refinement over excitement, too. It may do 170mph, the Insignia VXR SuperSport, it’s just a pity it couldn’t be a bit more playful on the way.

The SuperSport is faster than the 431bhp 6.2-litre V8-engined VXR8, although possibly only because the latter is limited to 155mph. The SuperSport is still not quite as quick as the legendary Lotus Carlton, though, which could reach 176mph.

The rest of the Vauxhall Insignia range also gets a mid-life overhaul, with new engines – including a 168bhp 1.6-litre turbo petrol – the same interior polishing as the VXR and some of its chassis refinements, too. It’s still not the sharpest car to drive in its class, but compared to the Ford Mondeo and VW Passat, it is the biggest seller. 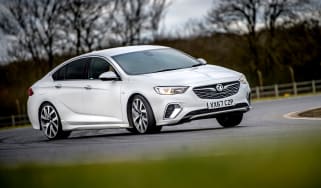 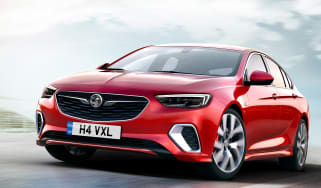 Available with a petrol or diesel engine in hatch or estate form, the Insignia GSi has something for everyone – maybe...
2017 Vauxhall Insignia Grand Sport review - is the new family car more fun than its predecessor? 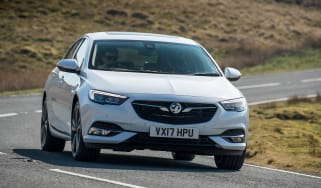 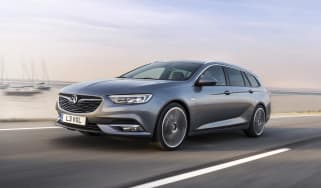 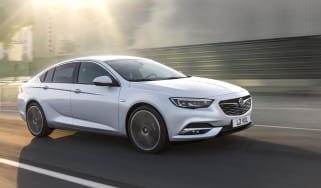 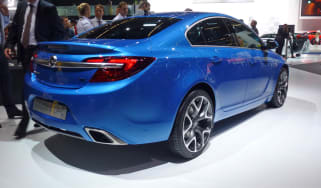 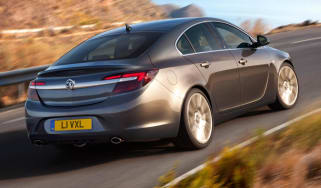 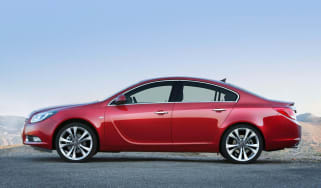 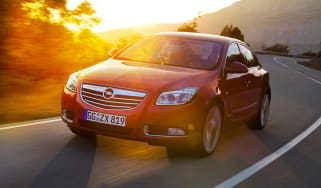 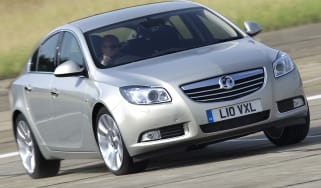 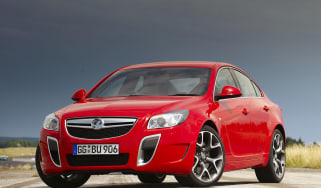 Vauxhall is aiming squarely at the Audi S4 with its hot 4wd saloon. And it’s rather good
Vauxhall Insignia VXR estate 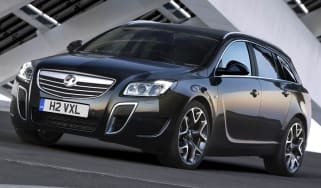 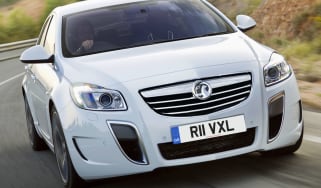 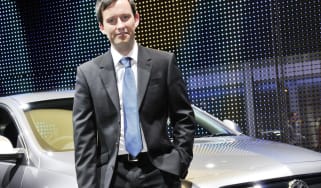