An all time classic

The Defender can trace its roots back to the '40s, and there’s no hiding that when you drive it. A physical, difficult and uncomfortable car to drive, it might be legendary in the mire, but it’s absolutely terrible to drive on-road. You’d have to really need its incredible off-road ability to put up with the compromises everywhere else, but many do. We’re not sure why; those dewy-eyed at its approaching demise really should drive a modern pick-up if they genuinely need utility, while a Mitsubishi Shogun feels like cutting-edge modernity in comparison on the road. An expensive relic then, that’s decades past its sell-by date.

If you’re absolutely sold on the idea of a Defender don’t bother buying a new one. Old ones are just as hopeless, only they won’t cost you the staggering amounts a decently specified (relatively speaking here) new Defender will. Plenty of aftermarket companies claim to make the Defender drive and perform better, with mixed results, though if you’re going down that route perhaps you’d be better suited to something else altogether.

There was a time when we might have said go buy a Defender and enjoy it for its old-school charm and incredible off-road performance. But that time has passed. Not recently either - a good decade or so back. It’s fun for a day, but you’ll be bored of it after a week and grow to hate it after that. Yet, somehow, inexplicably, the Defender wins many over despite its many shortcomings.

Land Rover has made periodic upgrades to improve its most celebrated model though the years, but it has still got all its wheels rooted firmly in the past and it cannot disguise it. Noisy, uncomfortable, leaky and slow, it couldn’t be more removed from the luxury and prestige of the Range Rover models it shares showroom space with. It will finally buy the farm in 2015, which is really the only place it should be, alongside tractors, livestock and lots of muck. 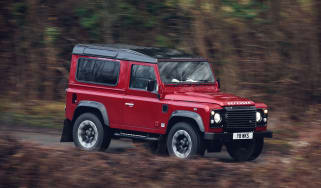 Next Defender could be first Slovakian-built Land Rover 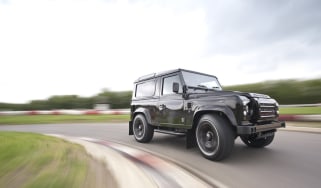 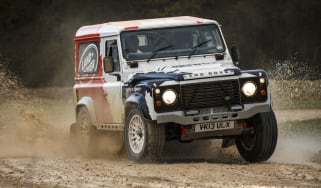 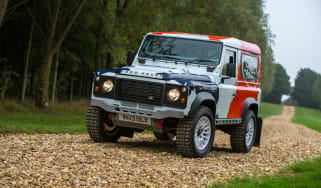 Land Rover has announced a new one-make series, called the 'Defender Challenge', which is to be run by Bowler. Details here
2013 Icon Land Rover Defender review 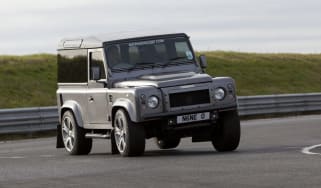 With 270bhp on tap this re-engined Land Rover is one of the quickest Defenders ever - but is it any good to drive?
Twisted Land Rover Defender review and pictures 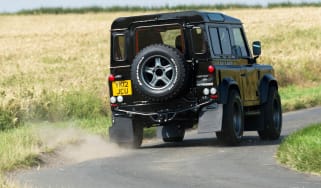 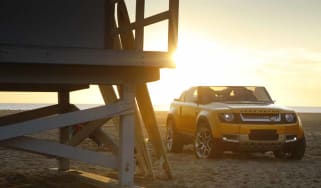 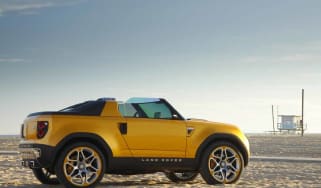 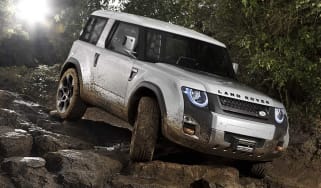 Land Rover has released images of its Frankfurt motor show concept, hinting at the look of the new Defender it will introduce in 2015
Qt Wildcat R300 video review 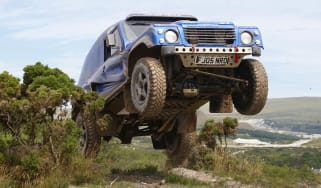 The Bowler Wildcat is now made by Qt, and we've reviewed the physics-bending off-roader on video
Land Rover Max! show 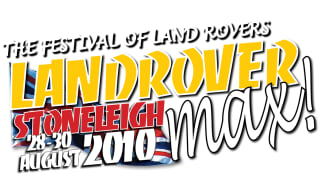