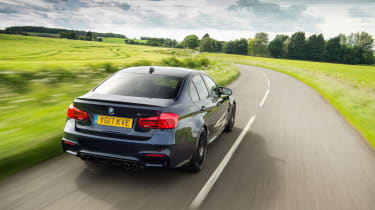 The M3’s twin-turbocharged engine may not have the tantalising induction howl and high rev limit that previous M3 engines were famous for, but it what it lacks in sonorous delights it makes up for in bragging rights.

An M3 with the Competition Package raises this to 444bhp, 19bhp more than the standard car while torque remains the same. The extra power helps the more focused M3 reach 0-62mph just 0.1sec quicker than the claimed time of the basic version, at 4.2sec. 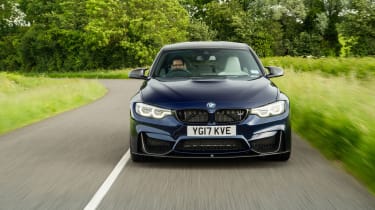 Acceleration times only tell half the story though, and the M3 is an astonishingly fast car with such huge reserves of torque that its performance is always available and only a twitch of your right foot away.