Why your next performance saloon car will be a hybrid

There’s no escaping it, electric powertrains will definitely be a part of our automotive future, starting with next-gen supersaloons

A part from LaFerrari, P1s and 918s, the idea of any degree of electrified powertrain is one to fill an evo reader’s heart with dread.  It’s a shortcut to anaesthetising the cars we love. The internal combustion engine – especially a meticulously engineered petrol example – is too much an integral part of a performance car’s soul to be supplemented by a boot full of Duracells and AC motors.

But the industry now thinks otherwise. But whereas just five years ago electrification was the means mainly to emissions gains, today the message has changed and electrification and performance are being discussed as acceptable garage buddies. And it’s the original performance Q-car – the supersaloon – that’s the likely first candidate to get a shock to its system.

‘When Frank van Meel [CEO of BMW’s M division] first told me that the new M5 was going to be four-wheel drive I thought, ‘this isn’t going to work, not in an M5’. Then I drove the first prototype and knew it was the only option. Is it still an M5 with four-wheel drive? Absolutely. So when you look to the next generation of M-cars, and the technology we have to consider, yes I think they could have some form of electric powertrain.’

Robertson’s comments echo those of a number of other European manufacturers, such as Audi, AMG and Porsche, which have started, or are already working on, electric powertrains to deliver a performance advantage rather than purely an emissions benefit. That such a move would help all the aforementioned to meet ever-tightening emissions targets is a welcome by-product of course, but not as welcome as the instant performance boost such hybrid powertrains can deliver, especially as cars continue to pile on the kilos despite advances in lightweight construction technologies.

The engineers need to tread carefully, though: the continued success of M is vital to BMW. In the UK and US both M and M Sport models account for large slices of the sales pie: the latter takes over 50 per cent of UK sales. So although electrification is under serious consideration, as long as M remains such an integral cog in the BMW machine, the company won’t risk alienating existing loyal customers in order to attract new ones. Any future M division product with hybrid power still needs to be an M-car, stresses Robertson.

It’s a similar story at Audi. Its forthcoming RS7 will be offered with both a conventional internal combustion engine – think twin-turbos, eight cylinders and north of 600bhp – and a 700bhp hybrid system, similar to that used by Porsche in its Panamera Turbo S E-Hybrid. Porsche, of course, is also working towards a fully electric performance saloon in the shape of Mission E. First unveiled as an electric concept, the Mission E will become a production reality in under two years, offering a range of performance options from 400bhp to over 650bhp via a pair of electric motors and a two-speed all-wheel drive transmission. And all starting from under £70,000. It’s one of the few cars we suspect keeps Elon Musk awake at night. If he actually sleeps, that is.

Not wishing to be left out of the new- wave arms race, Mercedes is readying a pair of super sports saloons that will both feature an electric powertrain variant. The headliner is the four-door AMG GT, scheduled for a September 2018 launch following its debut at the Geneva motor show. Set to be available with a range of engines including AMG’s current twin- turbocharged 4-litre hot-vee V8s, it will also feature an 800bhp petrol-hybrid powertrain badged under the company’s EQ Power+ brand.

Positioned as a stand-alone model to rival Porsche’s Panamera, this four-door GT will sit above the E63/S in Mercedes’ supersaloon hierarchy. Sitting below the AMG-powered E-models will be the new CLS53, the first model to receive Mercedes’ new petrol-hybrid engine. The combustion engine is a twin-turbo 429bhp 3-litre straight-six and features both a conventional exhaust gas- driven turbo and an electric auxiliary compressor. Added to this is an EQ Boost starter-alternator providing an additional short-term 21bhp electric boost, along with a further 184lb ft of torque, and this also feeds the 48V electric system. The results see the 1980kg CLS53 hit 62mph in 4.5 seconds and top 168mph. AMG has also confirmed there will be no CLS63.

Beyond this, AMG’s CEO Tobia Moers told evo at the CLS53’s global reveal that the future of the performance car and the supersaloon in particular needs to adopt an element of electrification. “By 2020 electrification will be key to performance cars - not just for the performance we are expected to deliver but to meet emissions and efficiency targets it . These will dictate that we have to some form of electric powertrain for our cars” explained Moers.

“EV will provide us with the performance we need an AMG to deliver” continued the AMG boss. “There is room between the 60kw motor we have in the (CLS)53 and the 800kw motor that we have in Project One. This car is providing us with so much important detailed information.

“The V8 is still the heart of an AMG, but it will need some level of electrification for us to be able to continue with it. But there’s some time between now and 2020 when I think we have to introduce such technology.” 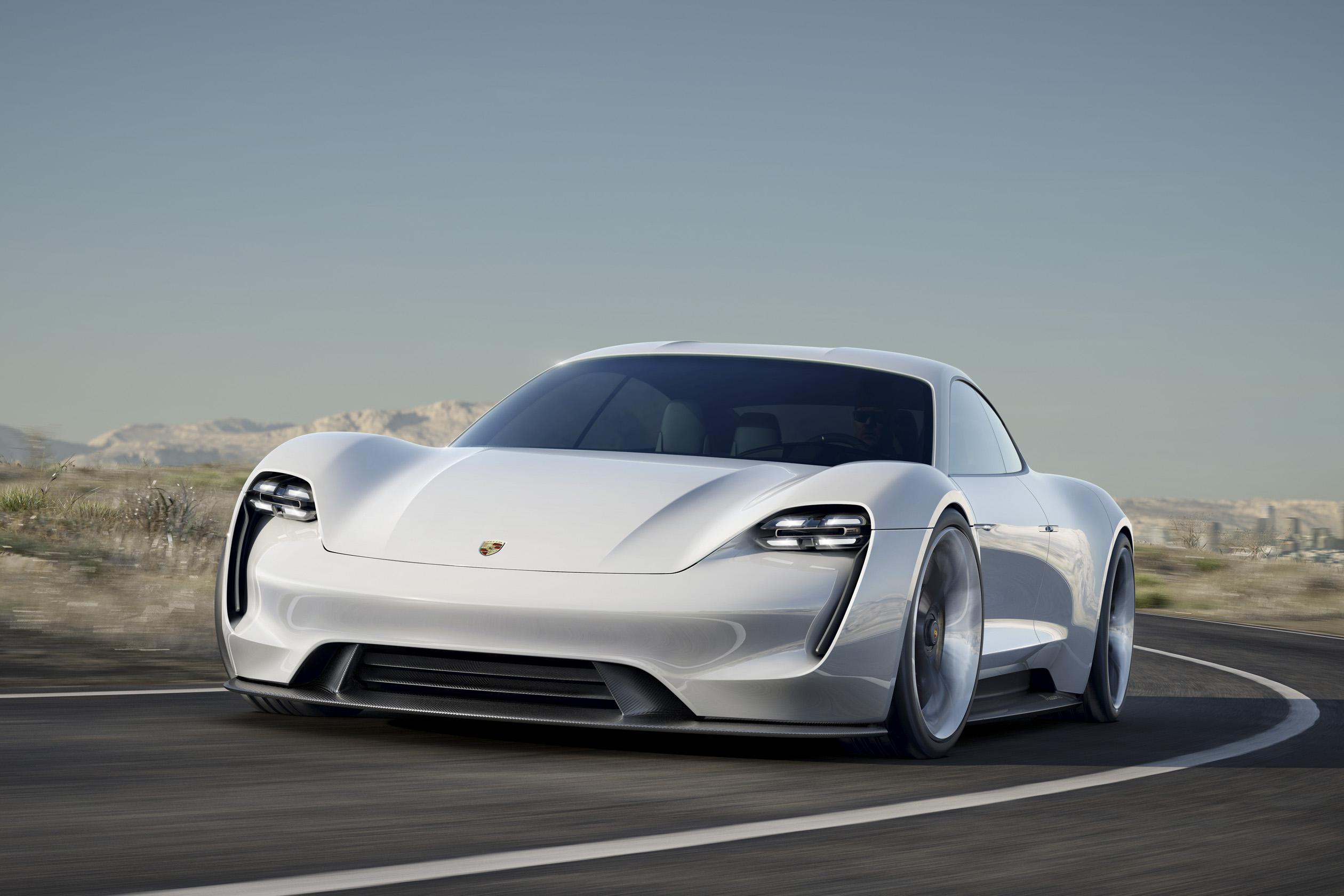 A big-lunged, heavy-hitting petrol engine has been the key component of any supersaloon since BMW installed the straight-six from its M1 supercar into the shark-nosed E28. And as the sector has evolved and new rivals entered the field, so the perceived necessity by manufacturers to launch more and more powerful evolutions has become an all-consuming addiction.

More power – and in the world of turbocharged engines more torque – has required stronger (heavier) suspension, and larger (heavier) brakes and wheels, in order to fit the bigger tyres (you get where this is going) needed to provide the required levels of grip. And when you start adding 500lb ft+ of torque it seems (heavy) four-wheel drive transmissions are also a must have today. Combine this with the addition of electrified powertrains and the weight problem increases and according to AMG it’s not just the battery, but the motors too. Another reason why Project One will help the Affalterbach firm to accelerate its development time when it comes to the next generation of supersaloons.

With all this in mind, it’s little wonder manufacturers are turning to hybrid technology to find their next performance advantage. But we can’t help thinking that a more intelligent, broader thinking approach to lightweight engineering would not only deliver some of the efficiency gains required, but improve the thrill factor, too.

It’s 100kg lighter, is rear-wheel drive and a 542bhp power figure. Bring it on.
Used car deals of the week
used cars

This week, we found a special McLaren 12C, a rare Mazda RX-7 and more
Skip to HeaderSkip to Content