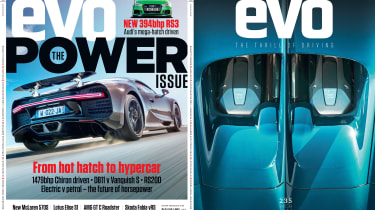 It couldn’t be anything other than an exciting month when you have a 1479bhp car gracing the cover. The Bugatti Veyron recalibrated our understanding of what a road car was capable of when it was launched back in 2005, so when Bugatti took on the difficult task of replacing it, the result was never going to be underwhelming.

In this month's evo we come to terms with the new Bugatti Chiron. Though the new car has around 50% more raw power than the aforementioned Veyron, the Chiron is more than just a numbers game - it's a genuine attempt by Bugatti to create a car with an engaging driving experience. Our man Richard Meaden went to Spain to answer the question of whether the Chiron fulfils its directive, with some fascinating results.

Click here for our first drive of the new Bugatti Chiron 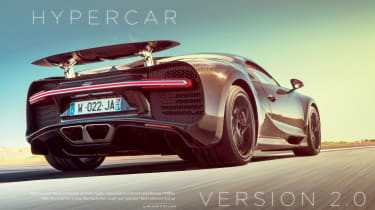 Closer to home, Aston Martin has been going through a product renaissance of sorts with the DB11. This didn’t stop Aston Martin creating the Vanquish S though, an ultimate send off for the old generation range.

We decided to pitch the two cars against each other not just to establish the progress the DB11 has made, but to see if it still feels like a true Aston Martin. 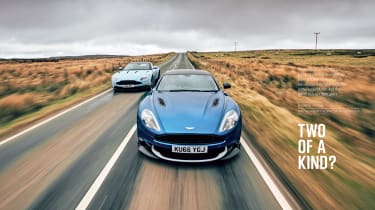 A refreshing antidote to the excesses of massive power and turbocharging, we take a retrospective look at the original Lotus Elise, a car that perfectly summed up the thrill of driving when it was launched over 20 years ago.

We also fathom whether the thrill of beating a supercar in a drag race is a realistic goal for Tesla Model S drivers. We pitch the latest P100D against an Audi R8 Spyder to see if kilowatts can beat pistons in this very contemporary contest. 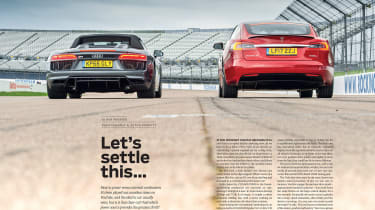 Audi Sport has been busy over the last year so we went to Oman to drive its latest offering, this time in the form of the new RS3 Saloon. It has a brilliant 2.5-litre five-cylinder turbocharged engine shared with the impressive new TT RS, so we wanted to find out if RS3 finally has the dynamic talents to match that new engine. 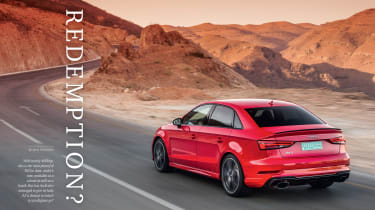 >Click here for our guide to buying your own rally homologation

Last but not least, we breakdown what made the infamous Group B rally car such a monster on the rally stage, and what caused such controversy to have it banned. 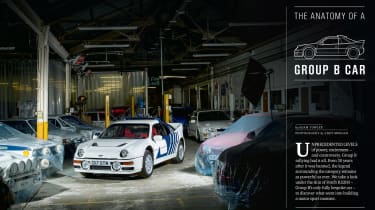 Add to that the usual fare from our great columnists and plenty more besides, and this month's evo magazine is one you’ll want to pick up - especially with our latest great offer, available when you subscribe.

Subscribing to evo can save you up to 13% on the shop price - and it's delivered to your door, every month. 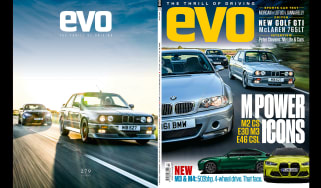