Downsizing has signalled the end of the non-turbo, naturally aspirated engine – so grab one while you can. 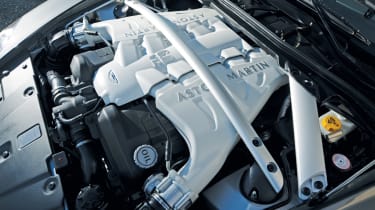 One of the most documented aspects of the car industry in recent years has been the trend for downsizing: making engines smaller to meet ever more stringent emissions regulations and the desire for improved fuel economy. In the face of this, the responsibility for clawing back power – to satisfy the thirst for performance from both marketing types and customers – has fallen to the turbocharger, and the naturally aspirated engine is rapidly becoming a thing of the past, like carburettors and those anti-static strips that used to hang o the back of Ford Cortinas.

Of course, there's a lot more to the engineering than simply 'putting the power back’: a turbocharged engine produces power, and even more importantly torque, without lots of indulgent, fuel-slurping revs. sadly, it’s those same revs and uncorrupted exhaust gas ows that give naturally aspirated engines their core appeal – their voice and their response.

The upshot has been a sense that recent naturally aspirated performance cars, from 981-generation Porsche Boxsters to Ferrari 458s, are cars to buy now. In some cases prices have risen markedly. the same thing appears to be happening with manual gearbox cars, too, as they face the similar prospect of extinction. Combine the two and you have a powerful force in the market – if it’s a great car and has the right badge on the nose to start with, that is. 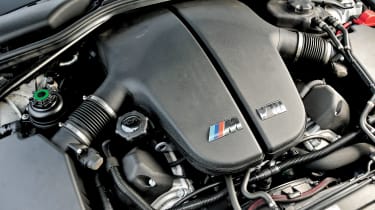 The Ferrari F430 manual is a great case in point, with such a car currently being worth an easy £20,000 more than its F1-’box equivalent. As tony Glynn of Ferrari specialist Foskers attests, these have risen markedly in value compared with where prices were two years ago, and the same thing is a effecting the 599. Rarity helps too, as ever, but it’s still amazing to re ect on how cars that are still a long way from ‘classic’ status are appreciating so strongly in value.

It’s still rather early to know what will happen in the Porsche market. Of course, the 911 Turbo has always been a downsized, turbocharged car in a world of extravagant supercar rivals – that’s always formed part of its appeal. however, the gen2 991 Carrera models and the new 718 Boxsters and Caymans have switched from naturally aspirated flat-sixes, so it’ll be very interesting to see how they do over the coming year or two. Certainly, at the moment the word is that good gen1 991s and last-of-the-line 981 Boxsters and Caymans are very much in demand, with traders suggesting to us they ‘can’t get enough’ of these cars, particularly the 981s.

The same phenomenon doesn’t seem to be affecting the Aston Martin V12 just yet, maybe because the new turbocharged DB11 is yet to make its way into the hands of owners. Perhaps if we revisit this market in 18 months or so, when the Vantage will also be turbocharged, things will be different.

Lamborghini has remained true to its naturally aspirated heritage, shunning the ‘easy’ power of twin- turbo engines available elsewhere in the VW group and retaining high-revving, aurally rich powerplants. Increasingly, it’s the brand’s point-of-difference in a crowded marketplace, which could help keep values up.

Another great naturally aspirated engine of recent years is the extraordinary ‘S85’ BMW M V10. Although something that would never be made today, the M5 and M6 models in which this engine appeared remain rather unfashionable, with values depressed, particularly for M5 saloons. High running costs (see expert view) and an unfortunate pairing with the SMG gearbox probably don’t help.

The other obvious naturally aspirated hero engine is the Honda VTEC, but outside of the original Civic and Integra Type R models, which show a healthy interest and some growth in values, there’s little to suggest a general movement. S2000s remain good value for money, and while the original NSX has increased hugely in price of late, its core appeal is spread across not just its engine, but also its image, styling, usability and gearbox. 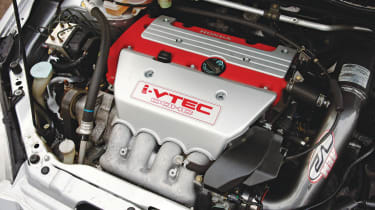 Savvy buyers are well aware that supply is one of the key in influencers in any market, and if naturally aspirated engines are to be a thing of the past, it stands to reason that what you can no longer buy will be in greater demand: just look at prices of Land Rover Defenders now they’ve nally gone out of production. While turbocharging technology will develop further with time, the most memorable naturally aspirated engines will always hold a special allure to car enthusiasts, so expect them to be valued accordingly. However, as our examples show, simply having a great naturally aspirated engine does not necessarily make a car a good investment – the whole package needs to appeal, so choose carefully.

‘We’re getting lots of requests for Ferrari 458s – they’ve gone up in value – and a good customer of ours recently bought a new Ferrari F12: he thinks it’s a good buy because the next one is likely to be a hybrid. Murciélagos are the same. The connoisseurs, the purists, they love the engines in these cars. A new 911 Turbo S is an amazing car, but it doesn’t have sound. We’ve had customers replace their Cayenne V8 S with the new turbo V6 and find they miss the roar of the old car.’

‘We’ve seen very strong interest in cars like the 458 – the last of the naturally aspirated V8 Ferraris. The fact they’re not turbocharged is driving the market. A 2013 458 Spider will fetch the same today as it did two years ago, and we can’t get enough 599s – we sold three in three weeks recently. Customers say they don’t like the sound of the 488, but I think in the new market people will always want the latest Ferrari, just because it’s exactly that – the latest Ferrari.’

‘We’ve not had customers asking specifically for naturally aspirated V8s and V12s because they don’t like the idea of the twin-turbo Aston DB11. Having driven that car, it’s amazing, anyway. A manual Vantage V12 is always a desirable car, and at £80,000 looks very good value at the moment compared with the DBS, which has been performing very strongly of late. There are more Vantage V12s on the market at the moment, which has something to do with it.’

‘BMW’s S85 V10 is a brilliant engine, but the problem is the accountants had the final say on what materials were used, such as the throttle actuators. The worst problem is the rod bearings: the clearance is too tight and the oil too thick, so cold-start wear is high. With any V10 I’d set aside £5000 just in case. Porsche’s Mezger engine is way more reliable. The only real failure is the “rattle of death” from the chain tensioners, but it’s fairly simple to rectify.’