Official stats for the Nissan GT-R are 16.6 mpg in the city and 32.1mpg motorway, with an official combined figure of 23.9mpg. In reality, we normally see high 20s on lengthy motorway cruises, but any serious driving and you're well into the teens. 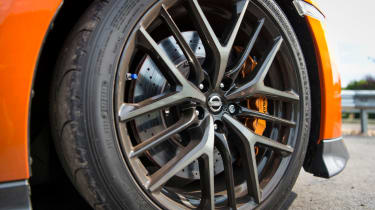 Running costs are roughly £2000-£3000 per year including tyres if using official Nissan dealerships and that excludes insurance. Don't for a second think this will be as cheap as a conventional Nissan to run. This is a proper ultra-high performance car and brings the expected costs with it.

Using quality independents like Litchfield Imports will help bring costs down, but major services that require things like brake or transmission fluid replacement will still be expensive. You also might want to factor in the costs of upgrades, as the R35 GT-R is highly modifiable.