The Scirocco still looks great despite being with us since 2008. Thanks to VW's simple aesthetics the design has aged particularly well and the Scirocco remains one of the most distinctive cars in the brand's product range, even if its initial impact has diminished through ubiquity. The engines deliver decent levels of performance and great economy.

On the inside, the Scirocco is well refined and build quality is unquestionable, though the design has now dated in context with newer VWs. It is however on the back foot compared to rivals when it comes to technology, but perhaps the biggest disappointment is a lack of outright excitement. Consider it a modest entertainer, rather than a purveyor of true driving thrills.

Unfortunately, Volkswagen has confirmed it will not be replacing the Scirocco when this current model reaches the end of its life. That's a great shame, but perhaps not unexpected - for one, Volkswagen's diesel emissions scandal has meant significant belt-tightening and it's cheaper to spin off new versions of existing models - like Clubsport Golfs - than it is to develop an entirely new car, even on a modular platform like the MQB setup underpinning many of the Group's current models. 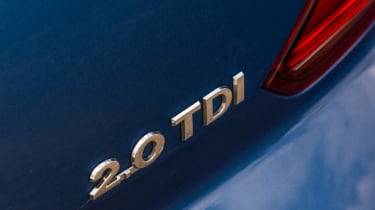 > Performance and 0-60 time - Fast in R form, and sounds good too. Even the basic car is sprightly. Read about the Scirocco Performance here

> Engine and gearbox - Wide range of powerplants means there's a Scirocco for everyone. Potent R and punchy diesels are highlights. Read about the Scirocco engine here

> Ride and handling - Lacks the excitement factor present in the latest hot hatchbacks, but steers neatly and there's plenty of grip. Read about Scirocco handling here 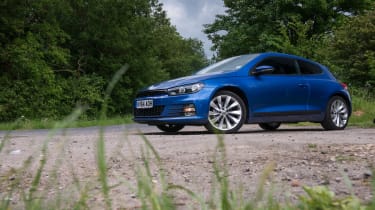 The Scirocco range starts at just over $21,000 for a 1.4 TSI in standard trim. For that you get 17-inch alloy wheels, a touchscreen CD/Radio with multiple device inputs and a rain sensor with auto-dipping mirror. Step up to a GT for an extra £1850 and get larger alloys, Alcantara sports seats, parking sensors, navigation and tinted windows.

You can currently buy Sciroccos in sporty GTS and tasteful 'Black Edition' trim lines too - the former start at £28,500 (and get a 217bhp version of the 2-litre TSI powerplant), while a 1.4-litre version of the latter begins at £23,440. 18in wheels are standard, though black paint is not - instead, Black Editions get a black-painted contrasting roof. The Scirocco R sits at the top of the range with a £32,895 price tag or £34,390 for the DSG version. 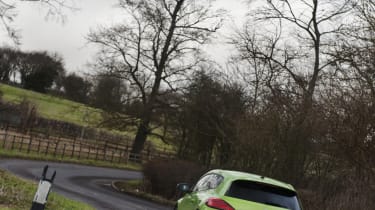 Several rivals offer similar (or better) performance for similar money - if you can live without the sleek coupe styling Volkswagen’s Golf R offers better value for money. Not only is it based on a newer platform, but the Golf R also gets more power and an extra pair of driven wheels for £31,685 in three-door, manual form. It’s currently evo’s favourite everyday hot hatchback, though VW's own Golf GTI Clubsport, while less powerful, is even more rewarding to drive.

If coupes appeal more than hatchbacks then it’s hard to overlook the recently-discontinued Peugeot RCZ-R. You should still be able to find examples of the £32,250, 266bhp coupe knocking around at dealerships. It uses a version of Peugeot’s 1.6-litre THP turbocharged engine and a chassis breathed upon by Peugeot Sport, and it’s a real return to form for Peugeot. It even won an evo group test in issue 204, and held its head high against a Porsche Cayman and Nismo 370Z in evo 209.

The Audi TT is also well worth a look if you can stretch your budget - it's even more stylish than the Scirocco and has one of the best cabins of any car currently on the market. Not the most thrilling coupe to drive, but more fun than the ageing VW.

As far as other front-drive Scirocco rivals go, the ageing but still brilliant-to-drive Renault Sport Megane Cup-S is worth a look, if you can find the now-discontinued model on a forecourt. What the Megane loses in that slick, everyday VW appeal it more than gains in top-drawer chassis tuning, and at under £24,000 it's a real performance bargain too. For similar money there's also the Toyota GT86 - again, not as polished as the VW but fantastic to drive. 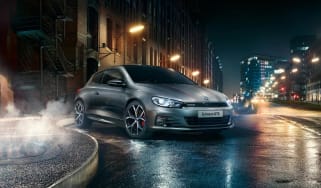 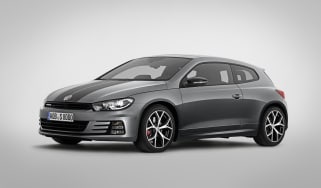 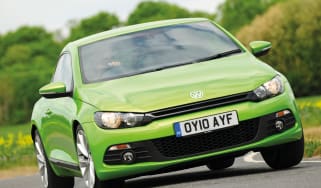 Quick, stylish, practical and reliable, the Volkswagen Scirocco makes perfect sense as a used buy. Here's what to look out for
Visit/news/evonews/289378/vw_scirocco_hits_1000000.html 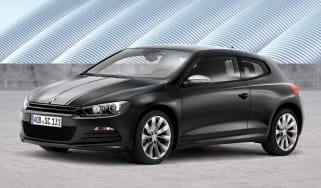 Since production started in 1974, Volkswagen has produced over one million Sciroccos. Details of a new celebratory model and picture gallery here.
Advertisement
Visit/news/evonews/283117/racing_rat_pack_reunites_for_scirocco_race.html 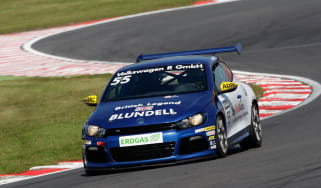 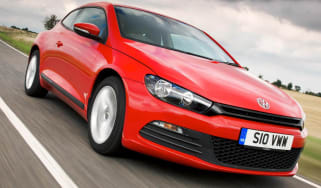 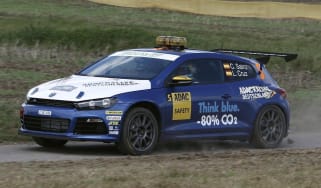 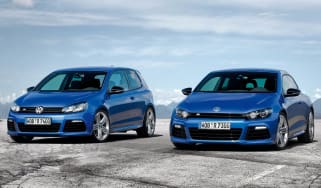 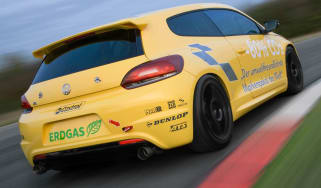 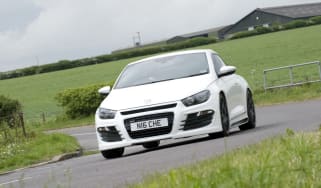 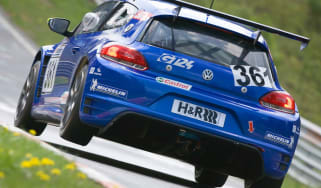 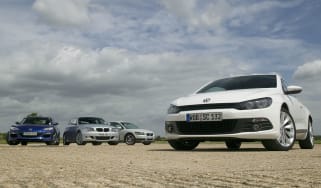