It’s not known for its great drivers’ cars, but the luxury saloon class is the automotive world’s best window into the technology we’ll all be using in the future.

As such, you can view the latest Audi A8 as an indication as to what you can expect from the next couple of generations of more exciting cars like the RS4, from haptic touchscreens to semi-autonomy and road-monitoring active suspension.

The A8 is also an improvement in its own right over the car it replaces. Technology doesn’t raise as much suspicion in the luxury class as it does with sports cars or hot hatchbacks, and most of the new A8’s features ensure it gets closer to the luxury ideal than its predecessor, from an improved ride quality to a quieter cabin and an even more effortless drive. 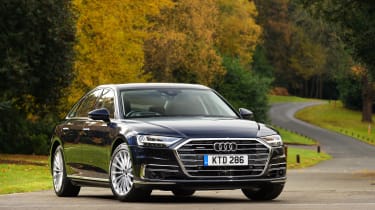 It can’t quite entertain us like something smaller and lighter, but the latest A8 also handles better than before, with a nimbler feel thanks to four-wheel steering, while steady improvements in engine technology mean the initial offering of a pair of V6s (petrol and diesel) feel as punchy as they are refined and frugal.

Despite all this, the A8 doesn’t quite eclipse the Mercedes-Benz S-class for us. While the Mercedes’ baroque styling isn’t to all tastes and its cabin quality isn’t quite up to the Audi’s level, it’s both more involving and more comfortable than the Audi and feels more special from behind the wheel.

Audi A8 in detail

Performance and 0-60 time - Healthy power and torque figures overcome a hefty kerbweight (despite the aluminium construction) to deliver strong performance - 0-62mph in 5.6sec for the 55 TFSI.

Engine and gearbox - Two engines currently available, both 3-litre V6s, one petrol and the other diesel - the latter sure to be more popular in the UK. Eight-speed Tiptronic automatic is standard.

Ride and handling - Four-wheel steering gives the A8 surprising agility and the ride improves on the previous model. It’s as relaxed as ever, too.

MPG and running costs - Diesel’s 50.4mpg and petrol’s 37.7mpg are both reasonable, but S-class and 7-series are more frugal still.

Design - Less cohesive overall than previous A8s but still relatively subdued next to rivals despite the comically large grille.

From that point you can quickly ramp up the price with options. Moving from 18-inch alloy wheels to 19s is £1900 and to 20s is £2850. Matrix LED headlights with laser technology are £4900, individual electric rear seats are £3200, ventilated massage seats £1600. S Line trim is available for £4495 which adds 19in wheels by default and sports seats in place of the usual “comfort” ones. 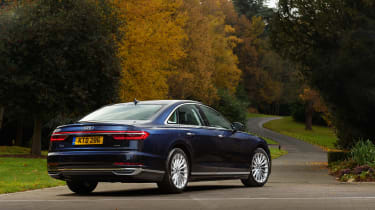 The A8’s most obvious rivals are the BMW 7-series and Mercedes-Benz S-class, with left-field alternatives coming in the shape of cars like the Lexus LS, Maserati Quattroporte, Jaguar XJ and - for a select band of customers - the Tesla Model S.

Competition among the German trio comes mostly down to personal brand preference, though evo’s own choice would be the S-class, which remains a dominant force in this sector of the market with a mix of luxury, driving characteristics and technology that gives it the edge over the Audi and BMW.

The others are more heart-over-head purchases, particularly the ageing but entertaining Jaguar and Maserati. The Tesla lacks the quality and pedigree of the others but probably leads the market in performance and technology.

More on A8 saloon 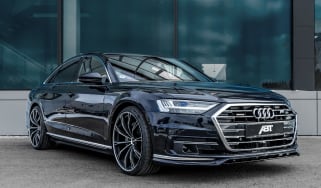 German tuner Abt has applied a subtle hand to Audi’s flagship A8 saloon with an ECU remap and subtle styling upgrades
New Audi A8 review – how does Ingolstadt’s latest tech explosion drive? 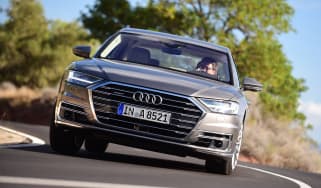 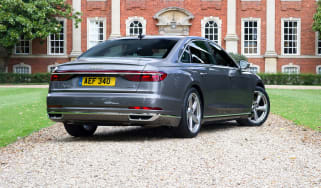 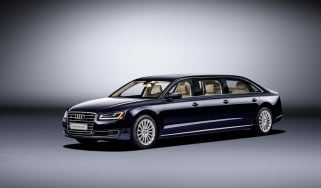 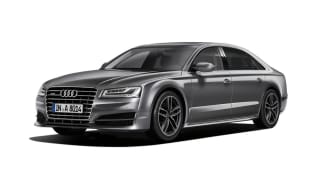 Audi A8 comes of age with Edition 21 special edition 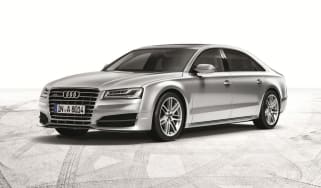 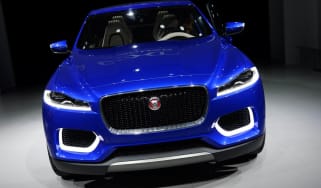 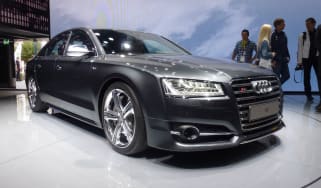 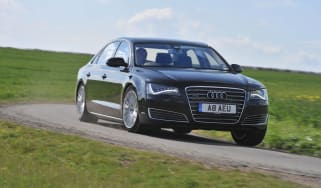 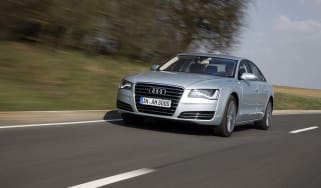 Audi has launched a hybrid version of the A8 saloon featuring a 2-litre TFSI petrol engine and electric assistance, claimed to be capable of 44.6mpg
New Audi A8 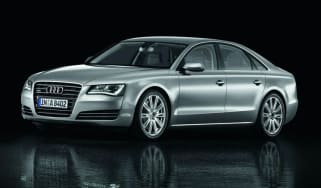 Audi's new A8 supersaloon is here, with big torque and much tech
Audi A8 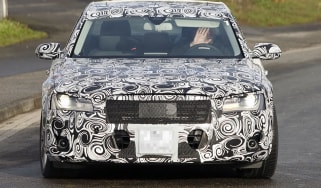 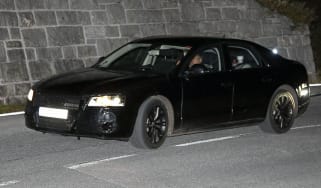 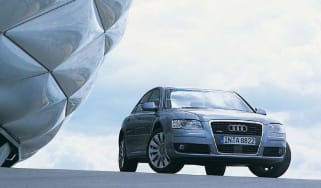