The twin turbo 335i has been updated, and lost a turbo. Does this signal the coupe's downfall? 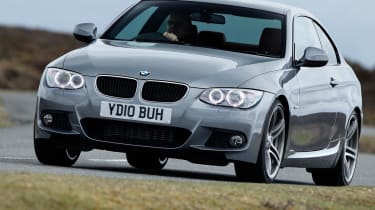 It’s the BMW 335i coupe – now with one turbo less. I have a sneaky suspicion this move to a single blower is because future M models will be differentiated by being twin turbo. We already know the next M5 will use the X6M’s twin turbo V8 and BMW itself has confirmed that this M3 will be the last naturally aspirated model, the next boasting a turbo’d six. Anyway, that’s all for future discussion. The revamped 335i is part of a mid-life freshen up of the whole coupe and cabrio range.

Most owners of existing 335i’s could easily feel shortchanged and go shopping elsewhere when told the replacement model has half the number of turbos, so BMW couldn’t afford to get this engine wrong. Nevertheless, BMW has bravely decided not to up the power and torque at all, but it has ensured the 295lb ft hit is now available earlier (at only 1200rpm!) and is still sustained until 5000rpm. Instead, the focus has been on improving economy (up eight per cent to 33.6mpg) and emissions (down ten per cent to 196g/km).

Let’s focus mainly on the engine here, because the only change to the suspension is the adoption of non-linear dampers (which do admittedly make a small, positive difference). But the engine is worth dwelling on, because what BMW has achieved is, frankly, baffling.

In the past we’ve marvelled at the twin turbo’s staggeringly rapid engine response, low end grunt and top end fizz and now BMW has bettered it in every area with a single turbo. It’s a variable vane unit, of course, but I’ve never driven a forced induction car so able to maximise both ends of the rev spectrum so well. There’s instant thump, not a hint of hollowness in the mid-range (even the twin turbo had a slight drop-off) and above 4500rpm, the 3.0-litre really opens up, the needle hurling itself at the 7000rpm redline, accompanied by a howling, M3-lite note.

It’s ultra-crisp, leaps forward on small inputs (especially in Sport mode, which also really pops home the shifts in the DCT double clutch gearbox) and the only time you hear the turbo is when you lift off, the high-pitched yip clearly audible from front right first, then left. Odd. Enough to have me lifting the bonnet, just to check that BMW hadn’t slipped in an extra blower. What they had done was written Twin Power Turbo on the cover. Let’s call it careful wording rather than deliberately misleading…

As for the driving, it seems to me that front end grip and poise is now slightly better and the 335i feels more planted, the suspension having tighter control of the body. The mods are just enough to make you feel there’s more edge to the 335i’s handling, but it’s the engine that’s the star of the show here.

The Audi A5 is the BMW’s closest rival, but it doesn’t have an engine that can match the BMW’s blend of pace and economy. The 261bhp 3.2 FSI (£36,740 in manual S Line spec) falls short in both areas, while the £41,345 S5 coupe still uses the potent but thirsty 349bhp 4.2-litre V8. There’s also the Mercedes E-Class coupe, but Richard Porter, who runs our long termer, would be the first to admit that while undoubtedly a superior cruiser, it’s not exactly thrilling.

The bodywork’s been updated, although you’d be hard pushed to spot the new grill, lights, front air dam and rear valance. As a result it’s now 32mm longer overall. Couple of other things: if you want the seven speed double clutch DCT gearbox, that’s £1,640, and the lovely 19” wheels pictured here are another £520. 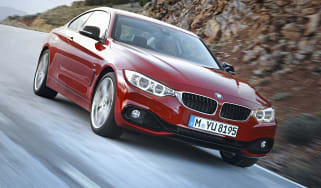 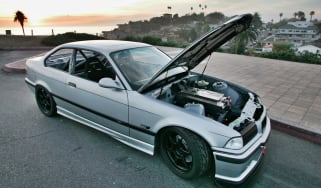 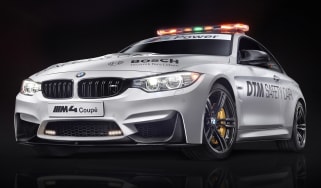 BMW has revealed the first pictures and details of a new M4 safety car, which will take part in this year’s DTM season
Modernised BMW E30 3-series revealed 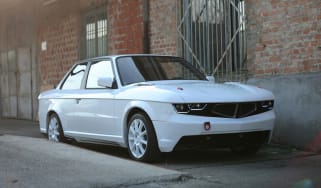 Like the look of the BMW i8 but not got the cash? Hungarian design studio has a fix. Sort of...
BMW 4 Series Gran Coupe: Geneva 2014 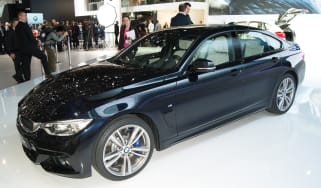 BMW has revealed the new 4-Series Gran Coupe ahead of the Geneva motor show. Details, UK prices and pictures here
Detroit motor show 2014 round-up: Pictures of all the best cars 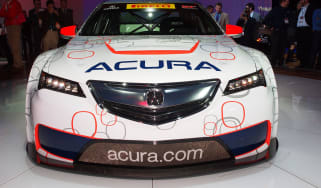 Detroit motor show 2014 round-up: Pictures of all the best cars 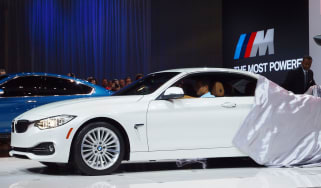 BMW has unveiled the convertible version of its 4-series Coupe at the LA motor show
New BMW M3 and M4: technical specs and details 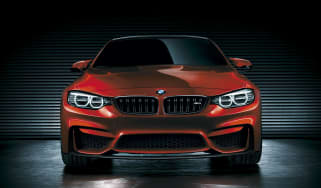 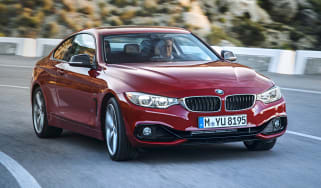 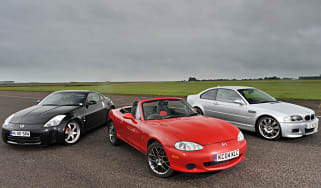 If you want to explore the delights of rear-wheel drive, then an MX-5, a 350Z or an E46 M3 is the perfect tool – and all can currently be had at barga…
BMW 4-Series Coupe concept unveiled 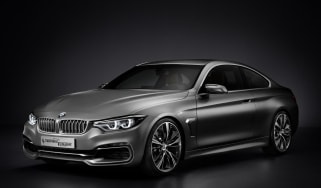 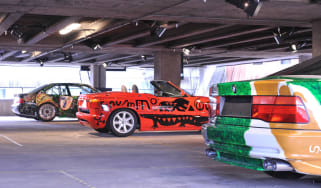 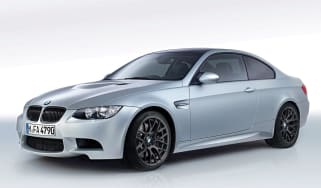 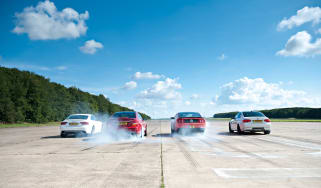 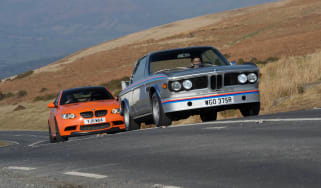 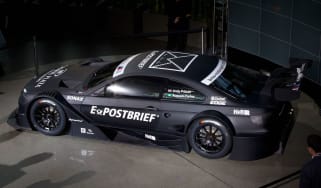 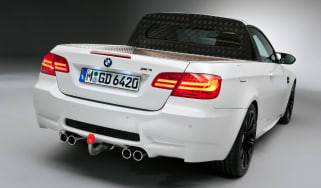 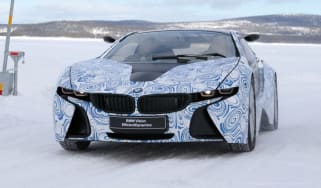 BMW's all-new supercar is spied out testing in the snow of Sweden. Meet the hybrid i8
BMW M3 GTS group test video 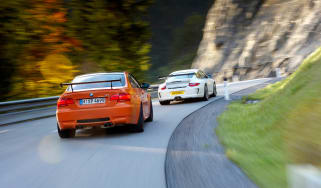 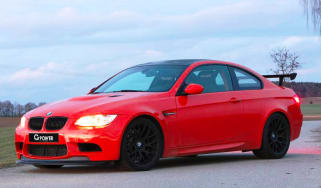 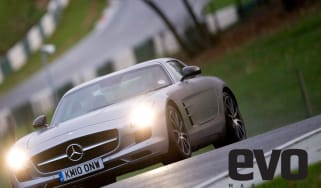 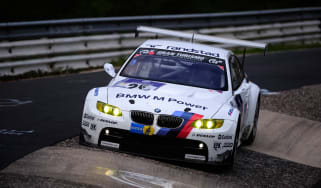 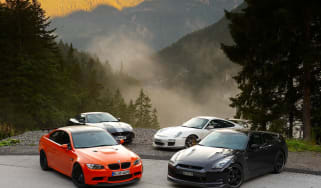 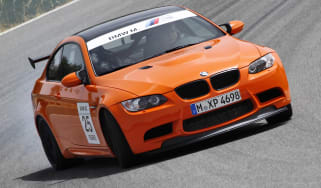